Throwback to the Edmonton Oilers’ NHL debut in Chicago in 1979 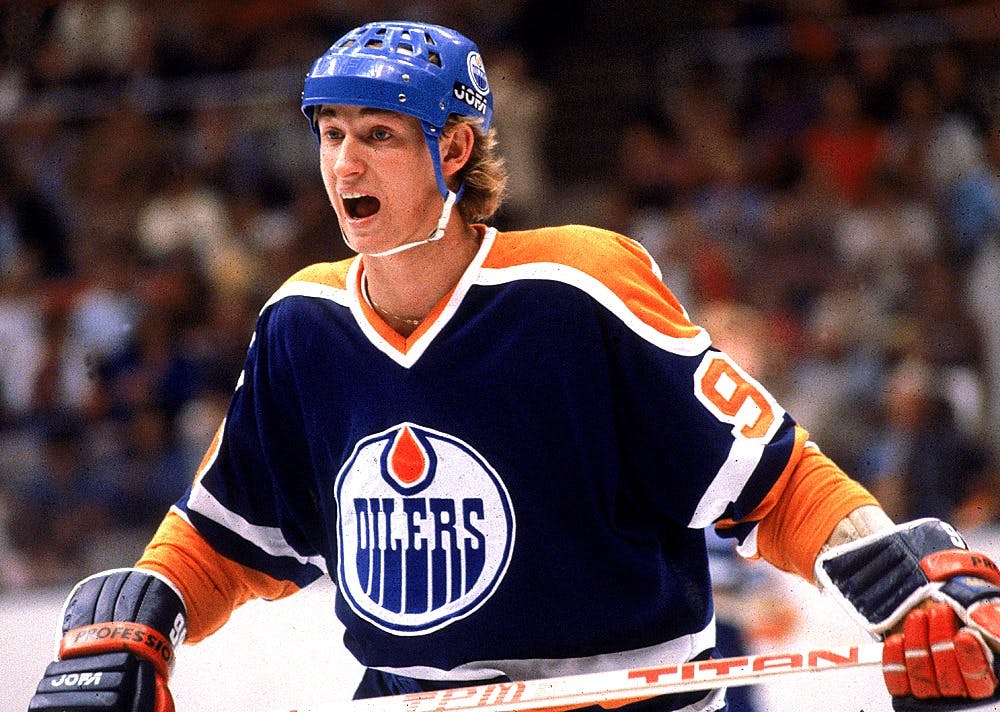 By Cam Lewis
1 month ago
With the Edmonton Oilers in Chicago to face the Blackhawks on Wednesday night, let’s jump in the time machine and remember a significant moment in the team’s history.
On October 10, 1979, the Oilers hit the road to Chicago to play their first-ever game in the NHL. The Oilers, of course, had played professionally for a few years in the World Hockey Association and merged into the NHL for the 1979-80 season along with the Winnipeg Jets, Quebec Nordiques, and Hartford Whalers.
Of those four WHA teams, the Oilers undoubtedly generated the most hype, as they boasted the sport’s most exciting up-and-coming star. Wayne Gretzky had been on the radar since he was a teenager dominating older competition around Ontario but he really started to make a name for himself when he scored 110 points in 80 games as an 18-year-old in the WHA.

The Blackhawks spoiled Gretzky’s debut, winning the game by a score of 4-2.
Future Hall of Famer Tony Esposito was the star of the game, stopping 30 of the 32 shots that the Oilers threw his way. Gretzky picked up an assist on Edmonton’s first-ever NHL goal, a power-play marker scored by Kevin Lowe, who had been their first-ever draft pick a few months earlier. 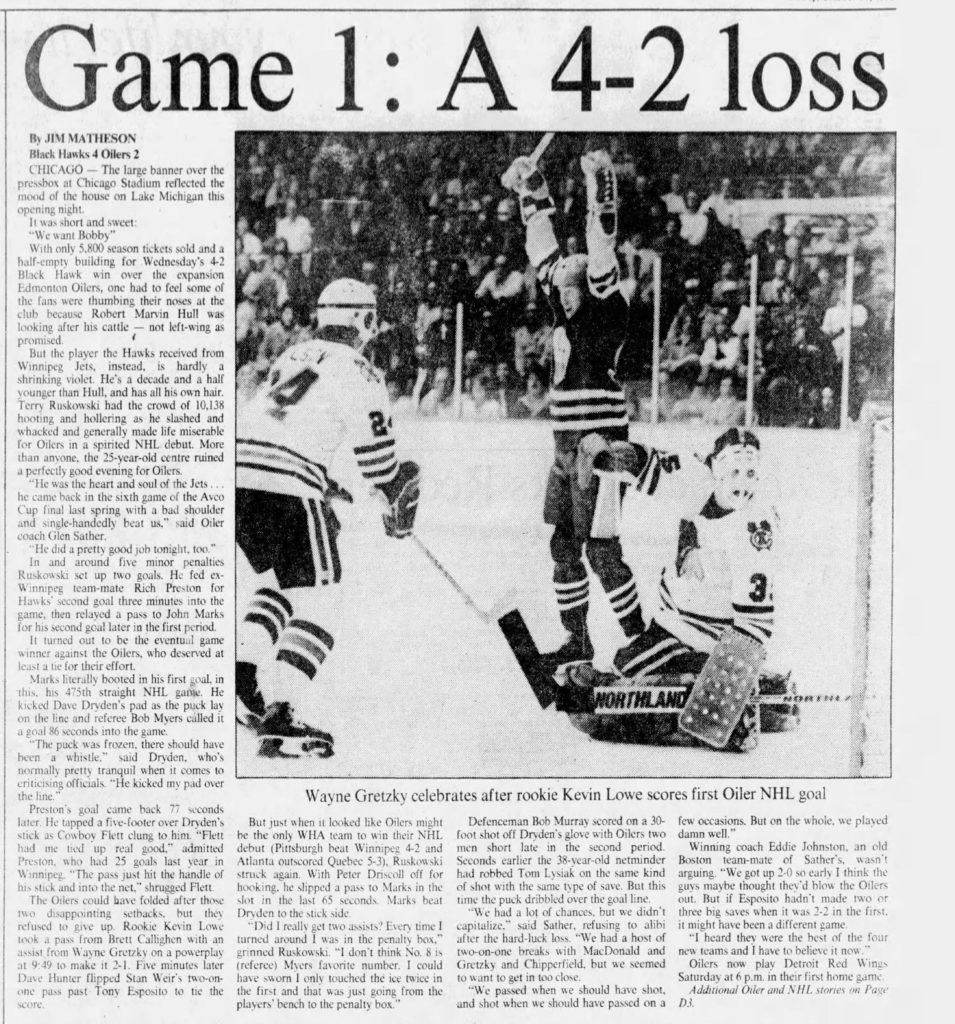 The Oilers returned home to Edmonton a few days later to kick off a four-game homestand at Northlands Coliseum. They picked up ties against the Detroit Red Wings and Vancouver Canucks and then earned their first NHL victory with a 6-3 win over the Nordiques.
Oilers Talk
Recent articles from Cam Lewis