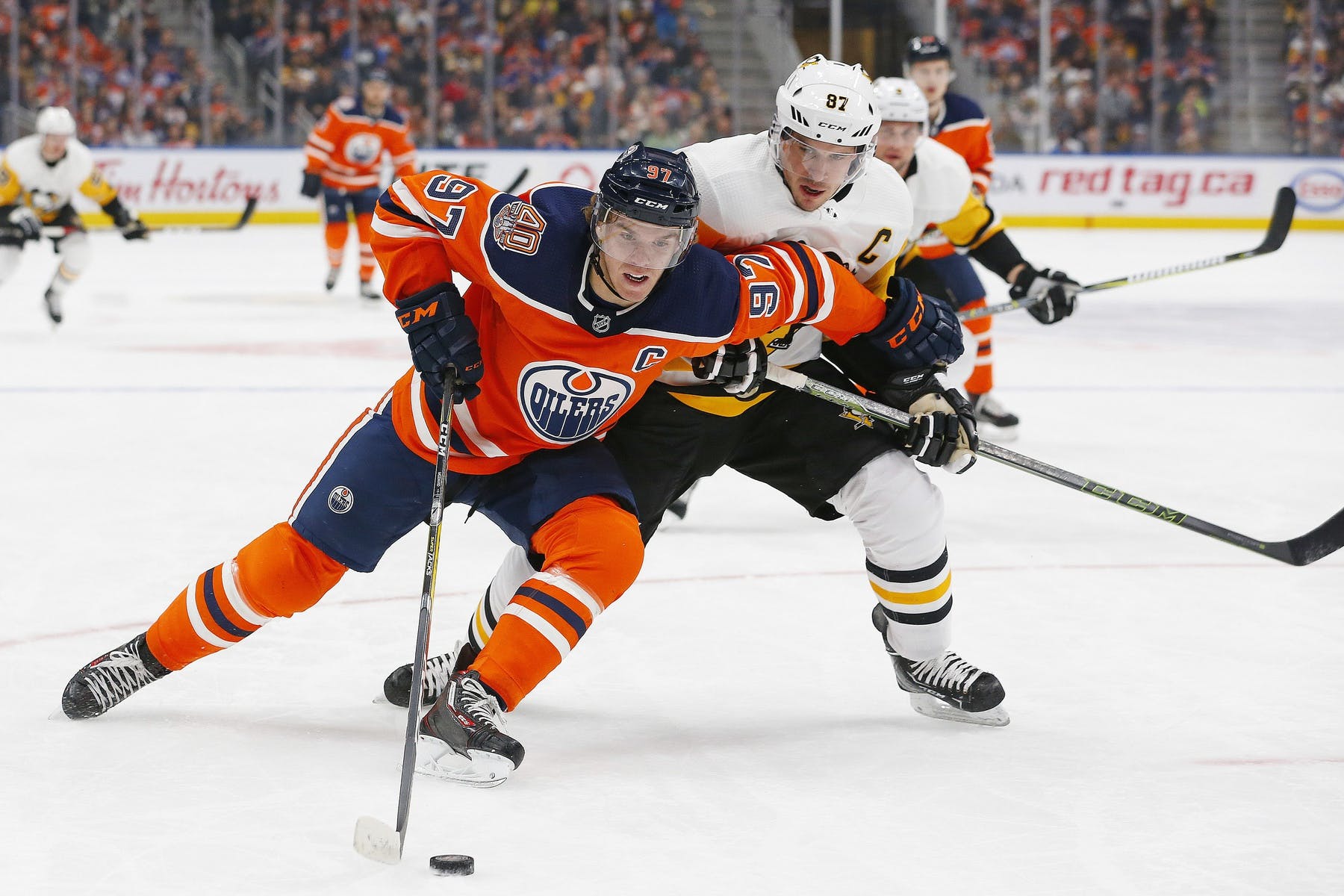 By Robin Brownlee
9 months ago
When I look at tonight’s game between the Edmonton Oilers and the Pittsburgh Penguins, it’s yet another reminder that time seems to pass by faster the older you get. And at my age, it seems to be moving along at warp speed.
With the regular season almost done and playoffs set to begin, there’s been a lot of debate the last little while about how the individual awards stack up — who should win them and why? Around here, much of that chatter is whether Connor McDavid, the best player on the planet, should win the Hart Memorial Trophy again or if somebody else, like Auston Matthews, should get it. For me, it’s McDavid, but there’s room for disagreement.
That’ll play out. What catches my eye is tonight’s game is a meeting between the most dynamic duo of the day, McDavid and Leon Draisaitl, and the tandem of Sid No-Longer-A-Kid Crosby and Evgeni Malkin. They’re 34 and 35 respectively and in the twilight of their careers. Look at this foursome combined and there are six Hart trophies, eight Ted Lindsay Awards, and eight Art Ross Trophies along with a Calder here and a Conn Smythe there. You get the drift.
Then, there’s the matter of Stanley Cup rings. That’s the object of the exercise, no? Crosby has three of them and so does Malkin – from 2009, 2016, and 2017. No matter what happens the rest of the way, their names are engraved on the Cup. McDavid and Draisaitl, have none, not one, nada. So, while they’re just entering the prime of their careers, you don’t have to be my age to know they would happily forego more personal silverware for a sip from the Cup or to understand they’re already on the clock. Tick, tick, tick.

IT GOES BY FAST 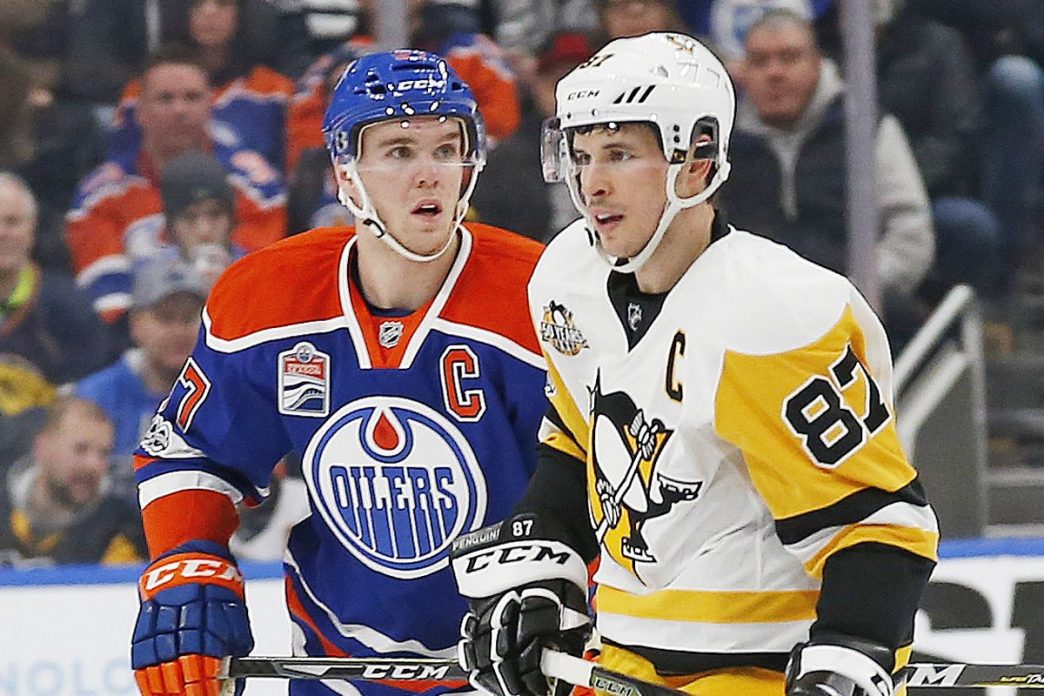 I just can’t get a grip on the reality Sid the Kid made his NHL debut in the 2005-06 season, in part because he’s still a baby face. Crosby was 21, 290 regular season games into his career, when he won his first Stanley Cup. Malkin won his first Cup and the Conn Smythe Trophy as playoff MVP, in his third season with the Pens with 242 games in the books when he was 22.
McDavid, 25, now in his seventh season, already has 485 regular season games on his NHL resume going into tonight. Draisaitl is 26 years old and is 556 games into his career. Eight seasons for Leon already? There’s plenty of primetime years and primetime money remaining. They’ve got more of the latter than they’ll ever spend, but the former is a diminishing asset. It’s past time to get on with it. On that we can all agree.
“In his game, I would say he was just so strong down low in both ends of the rink,” McDavid said when asked about watching Crosby as a young player. “Offensively, he can play with guys on his back and make plays behind the net or in those high-traffic areas. In his own zone he’s solid and he makes it tough on the other guys . . . it’s fun to play against Sid. It’s fun to play against their whole team.”
“He’s somebody like our leadership group that has his value system in the right place in terms of (being) driven to win,” said Oilers’ coach Jay Woodcroft, who was on the coaching staff of the 2015 World Cup team that Crosby captained.
We’ve seen first-hand that Crosby and Malkin have done plenty of winning in Pittsburgh with those six combined Cups. McDavid and Draisaitl, as fans here are painfully aware, haven’t made it past the second round of the post-season since they arrived in Edmonton. It seems like there should be lots of time to change a nagging detail like that, but we know how that goes.