Top Edmonton Oilers moments of the 2010s: Connor McDavid’s first game back from his broken collarbone 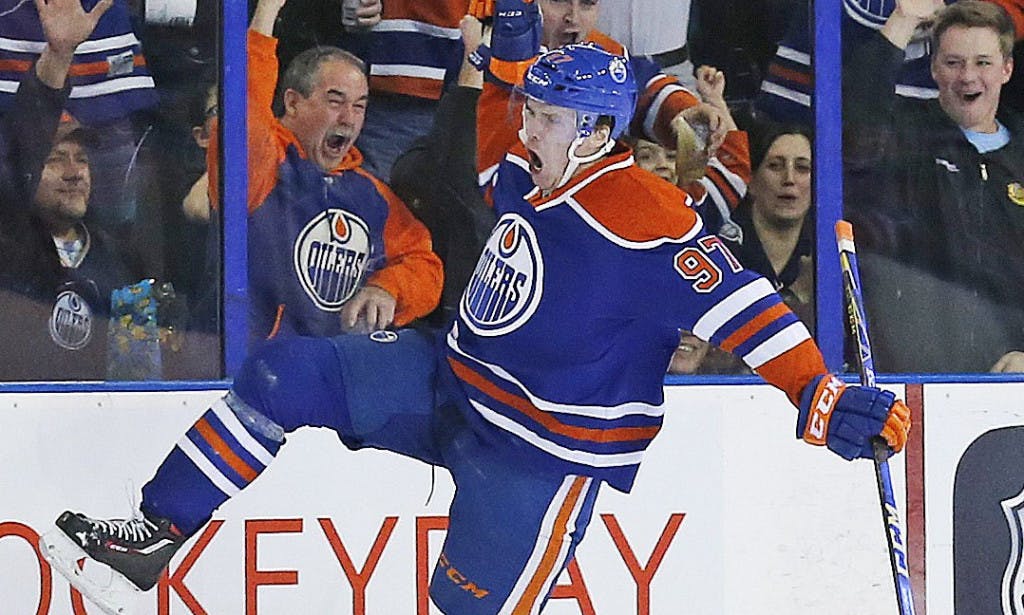 By Zach Laing
2 months ago
Connor McDavid’s rookie season was far from ideal.
He appeared in just 13 games before he was taken out hard into the boards against the Philadelphia Flyers breaking his collarbone. Those games, however, were tremendous as he scored five goals and 12 points.
But that collarbone injury was a significant one and enough to put a major dent in his season. In his first game back, McDavid reminded everyone of just how good he was.
On February 2nd, 2016, the Oilers played the Columbus Blue Jackets and McDavid scored a goal and two assists en route to a 5-1 shellacking.
His first point of the game, a goal, was one that we’ve seen on replay ever since. Benoit Pouliot tapped the puck for McDavid to get to in the neutral zone in the second frame, and the superstar did the rest.
He split Justin Falk and Jack Johnson through the offensive zone causing the former to fall to the ice in thanks to a toe drag before freezing goaltender Jonas Korpisalo and taking it to the forehand.
The excitement was palpable and it was clear the king had returned. He contributed a secondary assist on a Pouliot powerplay goal in the second, and added primary assist to another powerplay goal, this one scored by Jordan Eberle.
The goal, however, was all anyone could talk about.
Zach Laing is the Nation Network’s news director and senior columnist. He can be followed on Twitter at @zjlaing, or reached by email at zach@oilersnation.com.
Nation Takes
News
Oilers Talk
Recent articles from Zach Laing