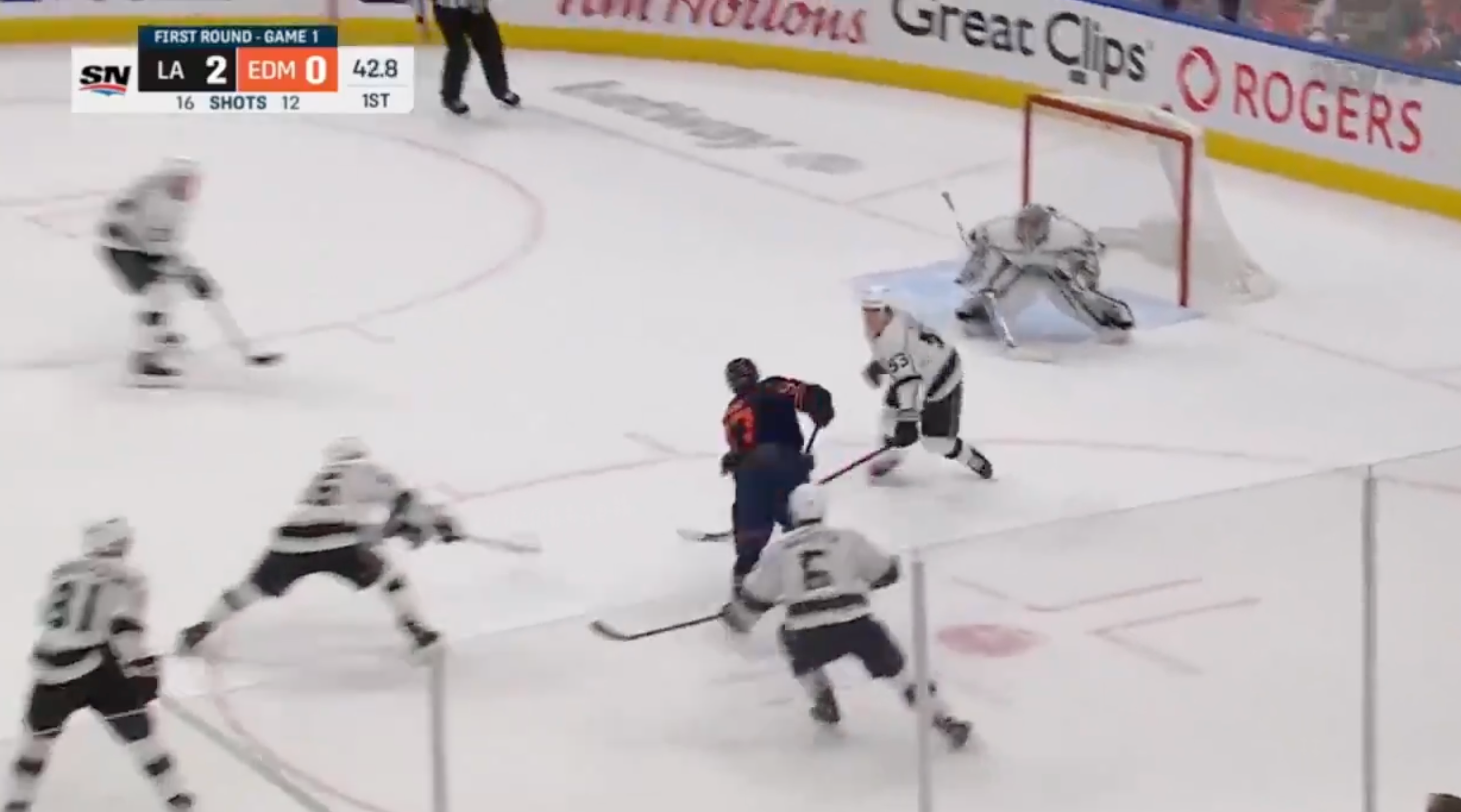 By Cam Lewis
8 months ago
Connor McDavid has arrived.
The Los Angeles Kings jumped out to an early 2-0 lead in the first period of Game 1 but McDavid brought the Oilers back to within one thanks to this incredible solo effort…
The goal is the 12th of McDavid’s playoff career in his 22nd game. It’s also reminiscent of the second goal he scored in Game 1 of the bubble play-in series against the Chicago Blackhawks. Let’s hope this series goes better than that one did.
The Kings opened the scoring mid-way through the first period when Trevor Moore grabbed a puck in the slot and roofed it over Mike Smith. They made the score 2-0 a few minutes later when Moore hit Alex Iafallo with a behind-the-back pass from behind the net that he wired past Smith.
L.A. outshot Edmonton 16-to-13 in the first period and both teams went 0-for-1 on the power-play.
News
Quick Hits
Recent articles from Cam Lewis