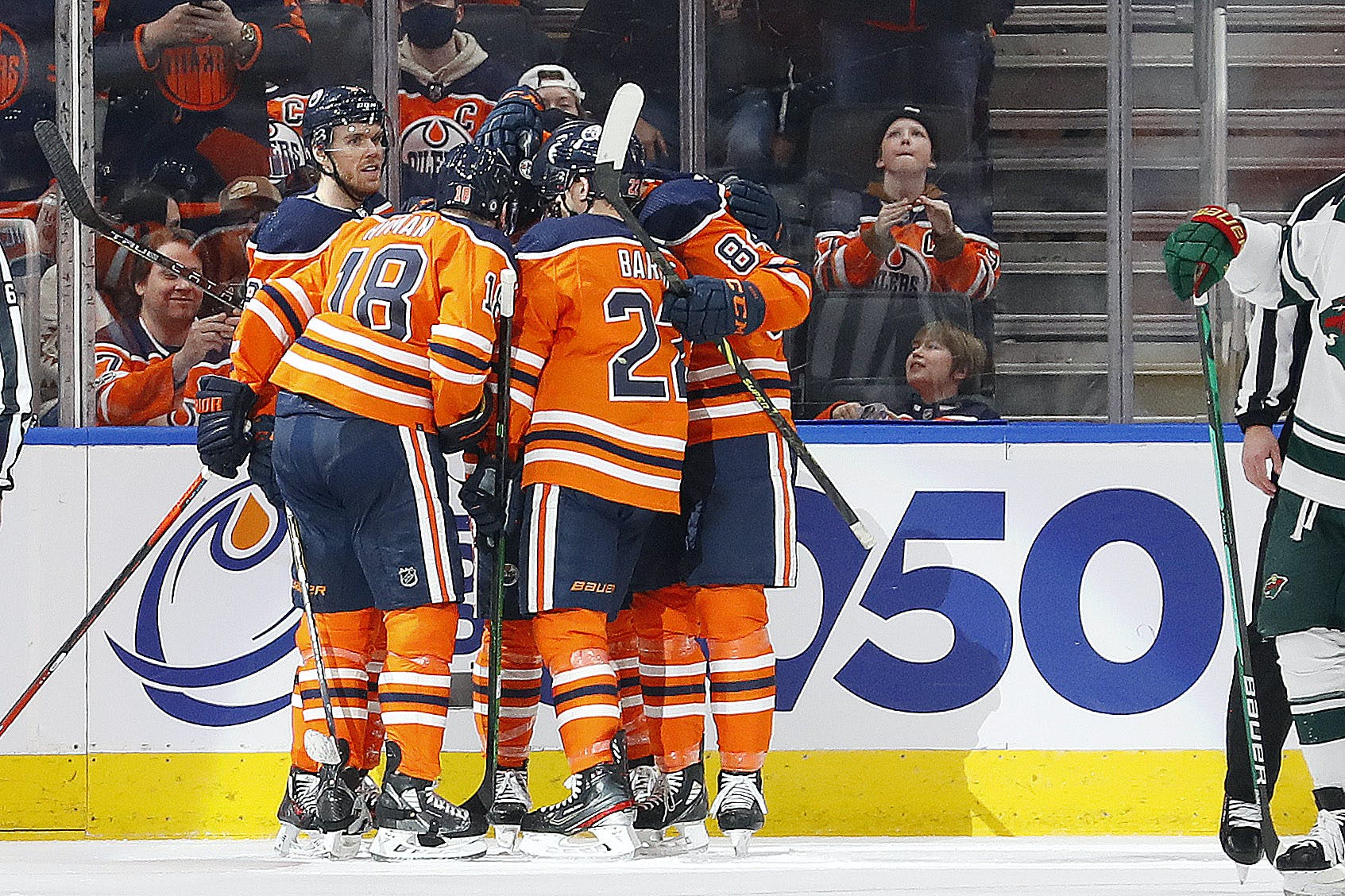 By Zach Laing
9 months ago
Tyler Benson finally has his first goal.
It came in his 30th NHL game with his parents in the stands at Rogers Place. The Edmonton native found himself alongside Connor McDavid and Zach Hyman upfront when a William Lagesson point shot wasn’t covered up.
That’s when Benson was able to jump at the opportunity to bang the puck into the loose Minnesota Wild net.
https://platform.twitter.com/widgets.js
Benson’s been about as snakebitten as can be this season, but this was a great goal to see him score from the dirty area of the ice.
Drafted by the Oilers in the second round of the 2016 draft, Benson’s road to the NHL has been a long one. He returned to the WHL for two post-draft seasons where he racked up points. By the time his junior career ended, the Vancouver Giants captain had scored 61 goals and 184 points in 190 games.
He then joined the AHL’s Bakersfield Condors where he played in 156 games over parts of four seasons. There, Benson’s scoring ways continued where in 156 games he scored 34 goals and 141 points.
This year has been his first in the NHL, and in the 22 games he’s played this season he had scored just one assist coming into Sunday night’s game.
Zach Laing is the Nation Network’s news director and senior columnist. He can be followed on Twitter at @zjlaing, or reached by email at zach@oilersnation.com.
Nation Takes
News
Oilers Talk
Recent articles from Zach Laing