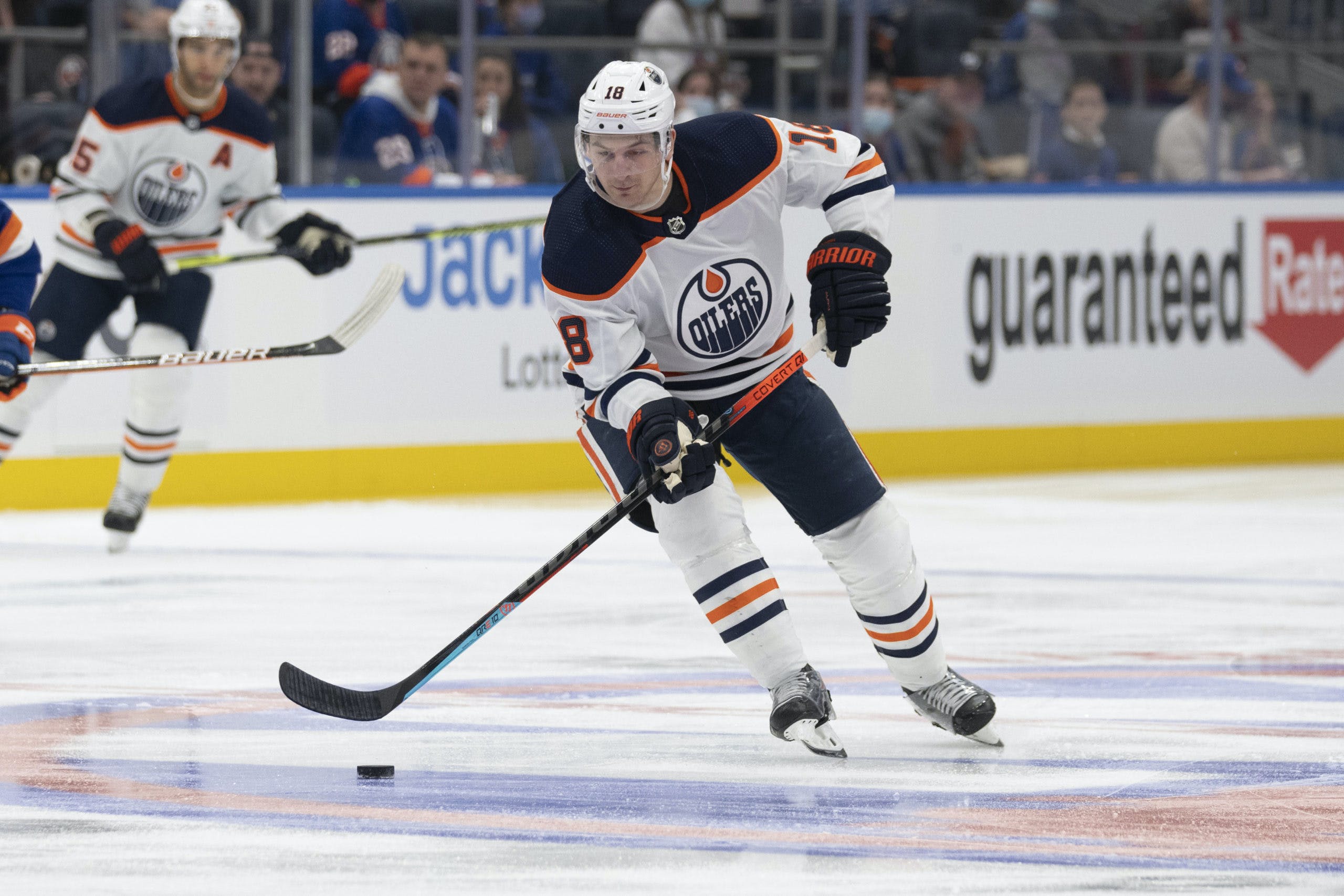 By Zach Laing
9 months ago
There it is!
Zach Hyman has scored his 100th career NHL goal Friday night.
It came in the middle of the second period when he caught a flipped pass from Connor McDavid. Breaking into the offensive zone, Hyman ripped the shot past Islanders goaltender Ilya Sorokin.
For Hyman, 29, it marked the 14th goal of his time with the Oilers. Since joining the club this past offseason, he’s appeared in 38 games scoring 26 points.
While with the Toronto Maple Leafs, Hyman appeared in 345 games scoring 86 goals.
His first NHL goal came during the 2016 season where he scored in his fifth career game. That one was scored like many of his with the Oilers so far, by driving to the front of the net.
That style of play has been a welcomed addition to the Oilers. He’s brought a physical element in puck battles and in front of the net that’s allowed him to play up and down the lineup. No matter where he’s played, he’s continued to remain a strong two-way player for the Oilers.
This past offseason, he signed a seven-year deal with an AAV of $5.5-million.
Zach Laing is the Nation Network’s news director and senior columnist. He can be followed on Twitter at @zjlaing, or reached by email at zach@oilersnation.com.
Nation Takes
News
Oilers Talk
Recent articles from Zach Laing