WATCH: Edmonton Oilers get in three fights with LA Kings in fiery loss 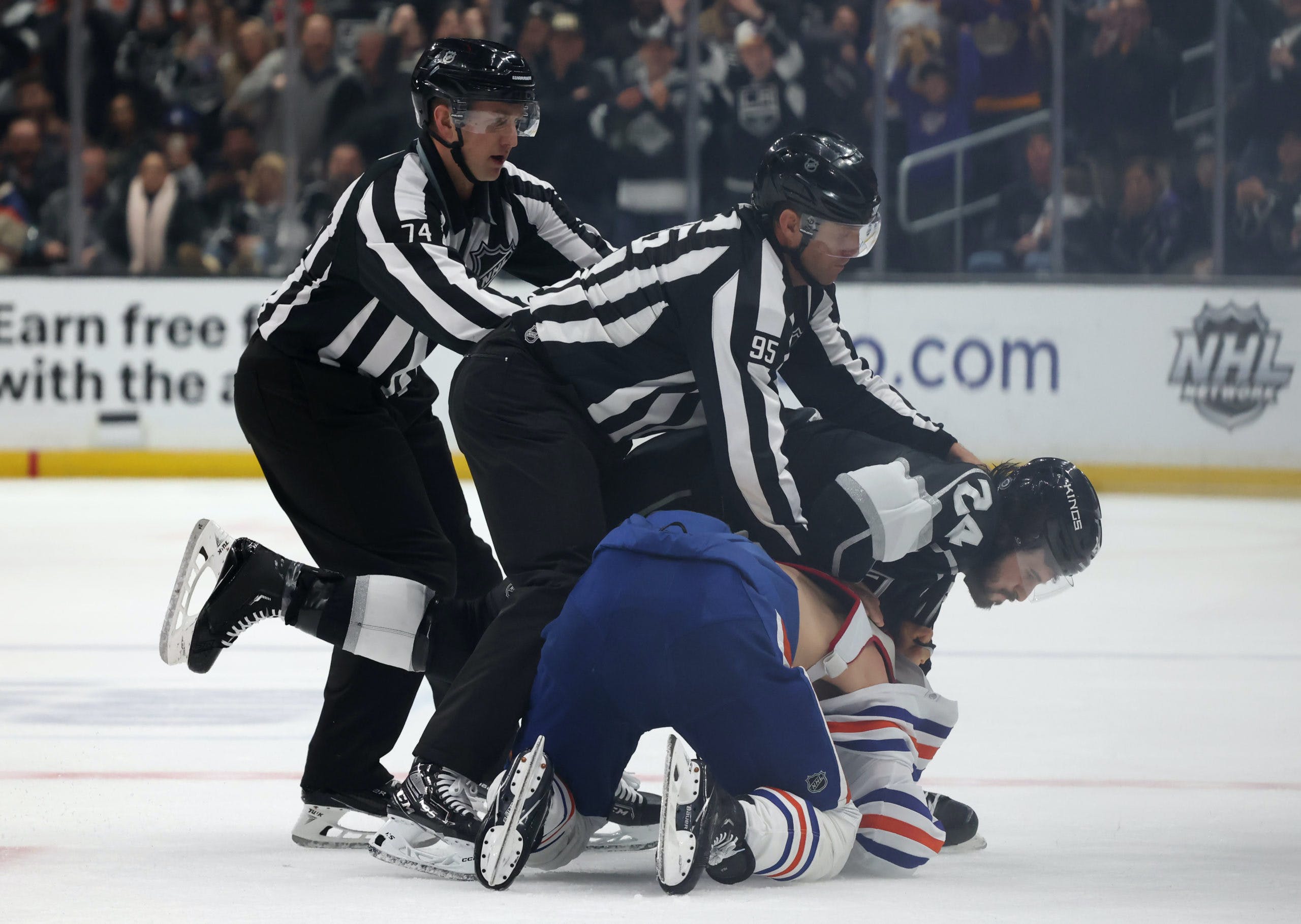 By Zach Laing
21 days ago
These were testy in crypto.com Arena in Los Angeles Monday night as the Edmonton Oilers and LA Kings engaged in three rounds of fisticuffs.
Amid the Oilers’ 6-3 loss, the first to scrap was none other than… Jesse Puljujarvi?!
The Big Finn laid a big hit in the neutral zone on Kings winger Victor Arvidsson, and his linemate Philip Danault came in to drop the gloves. Puljujarvi was quick to shed them and while he didn’t fare well in the scrap, that’s far from the point. It was great to see some fire in his game.
The second scrap came with a little under 12 minutes left in the third period, when Zach Hyman and Sean Durzi dropped the gloves. This one dated back to early in the second period when Hyman dropped Kings rookie Quinton Byfield with a big hit near the boards. The two had words at the time, and it came to fruition here. If you watch the full clip, you can see Hyman telling Draisaitl he was about to scrap, and he had a smile on his face.
The third and final fight of the night came with over a minute and a half left in the game when Klim Kostin and Brendan Lemieux dropped the gloves. Both players traded some vicious blows, and I think it’s fair to say Kostin got the better of the Kings agitator.
As a whole, the Oilers doubled their fight total on the season.
Zach Laing is the Nation Network’s news director and senior columnist. He can be followed on Twitter at @zjlaing, or reached by email at zach@oilersnation.com.
Nation Takes
Oilers Talk
Recent articles from Zach Laing