What would’ve happened if the Edmonton Oilers lost the Connor McDavid lottery and drafted Jack Eichel? 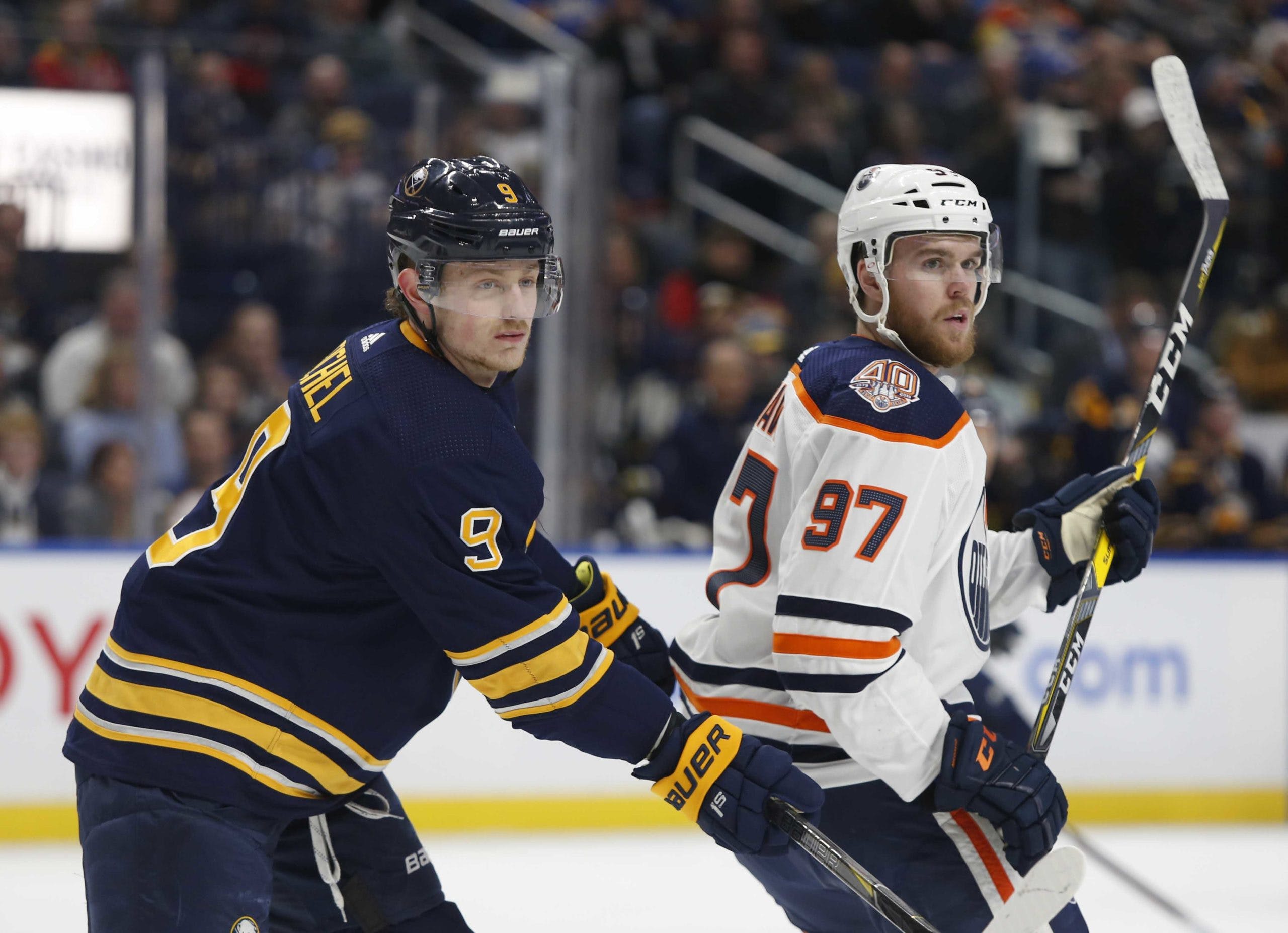 By Zach Laing
1 month ago
The year was 2015. The Edmonton Oilers had, well, another tough year.
Come American thanksgiving, the Oilers had a 6-14-2 record and were well out of the playoff picture.
Meanwhile, in Erie, Pennsylvania, there was this 17-year-old named Connor McDavid who was projected to be one of the top two picks in the draft. A curly-haired kid named Jack Eichel wasn’t far away taking the NCAA by storm at Boston University.
It was around that Thanksgiving when the Oilers fan base already had their kitschy saying: Dishonour for Connor, or no honour for Connor, depending on who you asked. I Like Eich came from the crowd contingent on the kid from Massachusetts.
By the time the final whistle of the regular season rolled around, the Oilers’ 24-44-14 record was the third worst in the league. The sights had been set on one of the top two prospects and the third-best lottery odds were adorned to Edmonton.
5-14-6-1.
Those were the numbers that rolled on April 18th, 2015, and the Oilers were gifted someone who would go on to be one of the best to ever do it: Connor McDavid. We all know how incredible he’s been these last seven and a bit years.
But what would’ve happened if the Oilers never won that lottery? What if they ended up second in the odds landing Eichel?
Eichel’s had a fine career up to this point, but he’s been nowhere close to that of Connor McDavid. Eichel’s biggest knock has been his inability to stay healthy. The most games he played came in his rookie year in the league, 2015-16, where he played 81 games and 56 points.
Seven years later, he’s appeared in just 412 games over the course of his whole career. In those games, he’s scored 154 goals and 383 points — nothing to slouch at, but a far cry from the 702 points in 489 games McDavid has put up. Connor’s already established himself as one of the best players in NHL history, while the jury is out on what Eichel can be.
With a great shot and tons of volume to go along with it, Eichel’s first five years all saw him score over 24 goals with his high being 36 in 2019-20. McDavid, meanwhile, has had six 30+ goal seasons with three 40-goal campaigns mixed in.
Both were considered generational talents coming out of their draft, but it’s ever more clear years later just how distant these two players are.
There’s a chance for Eichel, who is now healthy after undergoing major neck surgery following his trade to the Vegas Golden Knights, to turn his career around. Through 37 games in Vegas, he’s totalled 15 goals and 28 points and while that pace is below that of his time in Buffalo, he finally has a strong supporting cast around him.
Things in Edmonton weren’t always rosy when it came to those around Connor, but his ability to elevate the play of the other four players on the ice from his team was always apparent. I don’t think that’s the same for Eichel.
Both players will go on to have long careers in the league, but it’s hard to imagine the Oilers being where they are without 97. You can’t make the argument the Oilers may have been able to keep guys like Taylor Hall or Jordan Eberle or or or, but the truth is that Edmonton would’ve had a completely different look to their lineup.
There’s only one player in the league who is Connor McDavid: Connor McDavid. No disrespect to the incredible players who have skated before him in the league’s history, but there may not be another player in the NHL’s 104-year history who played the game with such an elite skill set at such a game-breaking speed.
And now tonight, the Oilers get their first taste of the Jack Eichel-less Buffalo Sabres who are finally having some success. While these Bisons won’t be a playoff team this year, they’ve begun to build a team that looks like they can compete in the future.
Zach Laing is the Nation Network’s news director and senior columnist. He can be followed on Twitter at @zjlaing, or reached by email at zach@oilersnation.com.
Featured
Nation Takes
Oilers Talk
Recent articles from Zach Laing