Which Oiler needs to have the best season of their career 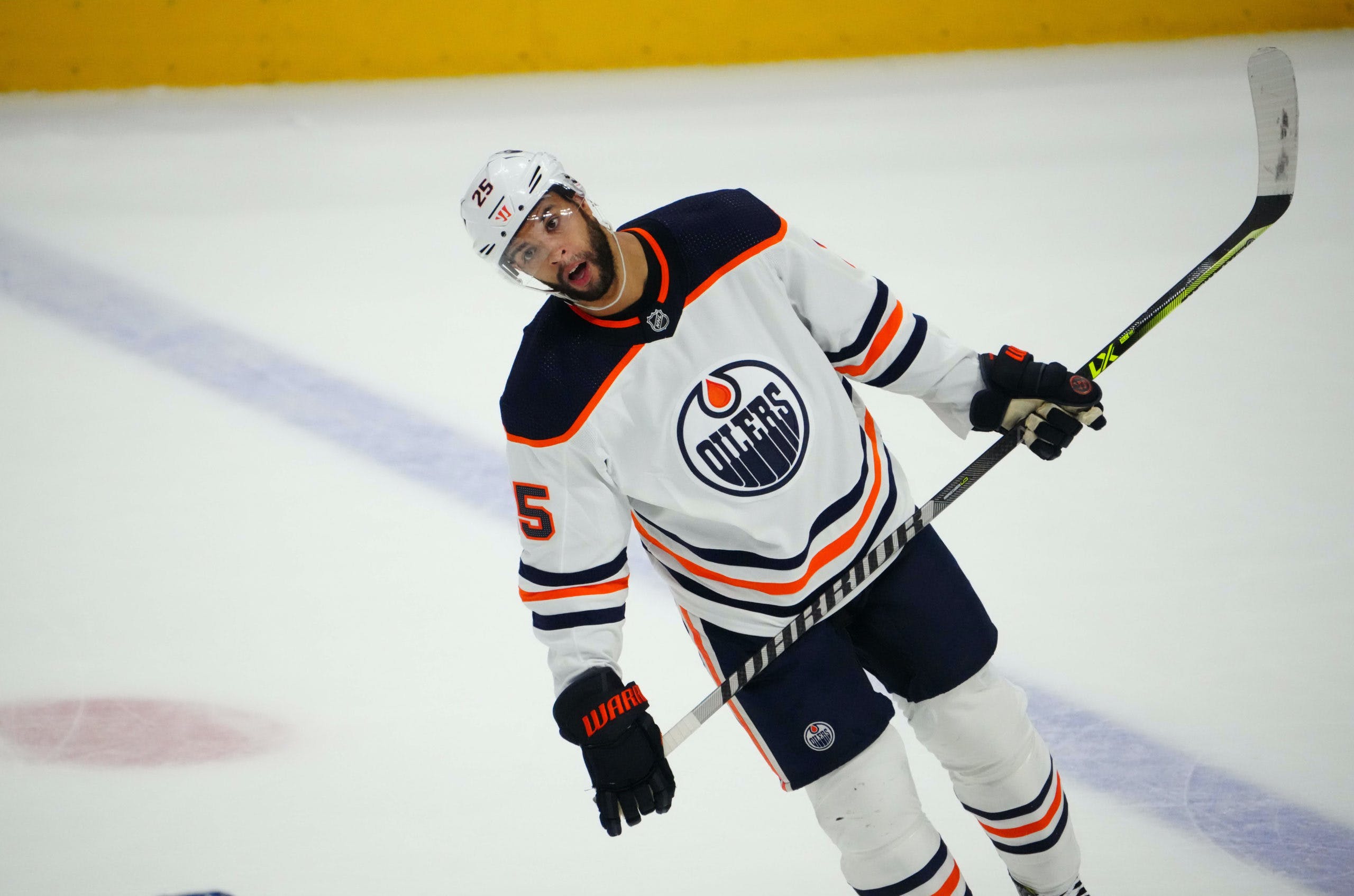 By Woz
3 months ago
Before we jump into the article I must note that articles such as this are for fun and to get more voices from Nation Citizens onto Oilersnation! The comments on this article come from users across Twitter, Instagram, and TikTok!
Now if the Oilers want to lift Lord Stanley next June, they’ll need someone or a few players to have career years. Not named Leon Draisaitl and Connor McDavid, well even that would be a sight to see as it feels we’ve yet to witness them at the peak of their powers.

Many Nation Citizens seem to agree that in order for the Oilers to have a more successful campaign than the 2021/2022 season, then they will need solid goaltending from Jack Campbell. 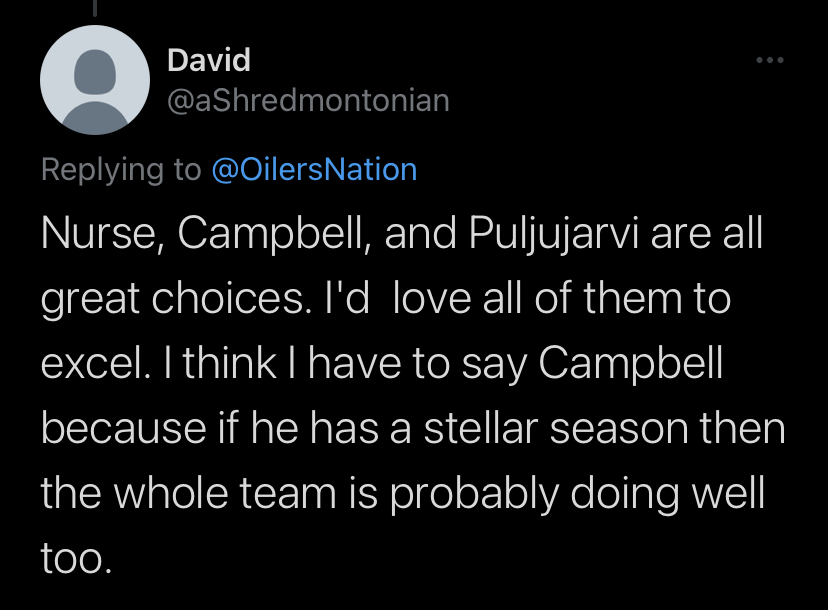 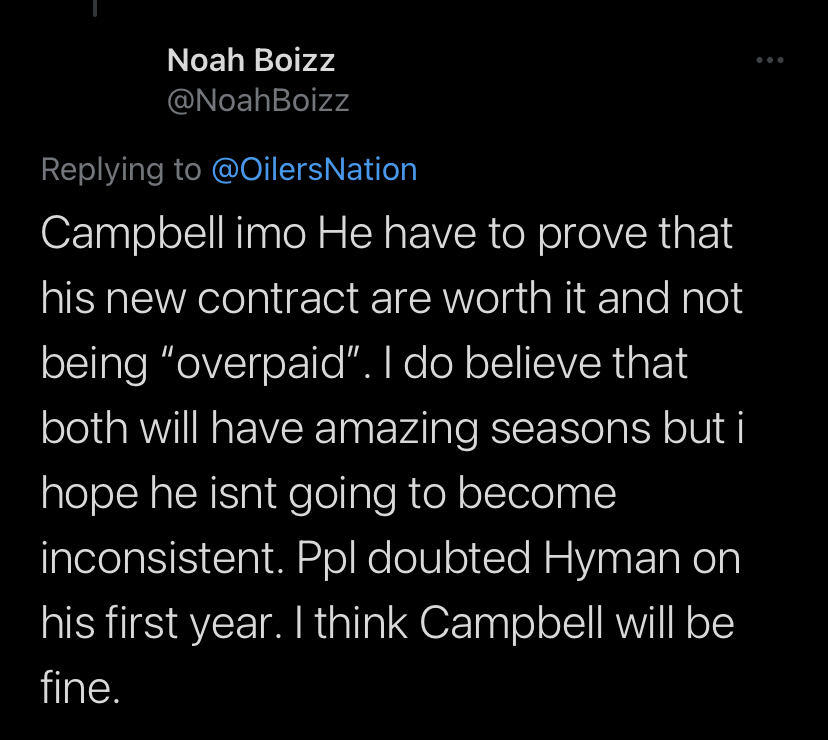 A stellar year from Jack Campbell could seriously take the Oilers to a different level. The key for Campbell will definitely have to be consistency, and with the team’s expectations and the contract he just signed, he will have lots of pressure on his shoulders. Fingers crossed we get the best version of Soup!

Nurse is someone who gained much criticism from around the fan base last season. Now if he’s healthy and ready to go for next season, can he prove the doubters wrong?

Stewart makes the point that not only just a career year would be nice but consistency from Nurse!

Some folk just want him to be more defensive, the Oilers already have the offense! Can Darnell surprise the hockey world and win the Norris? a monster year from him is all we want!

Who wouldn’t love to see a career year from Jesse? Last season he became a hot topic amongst the fan base, and while he’s fantastic analytically. Oilers fans would love to see him turn it around offensively! 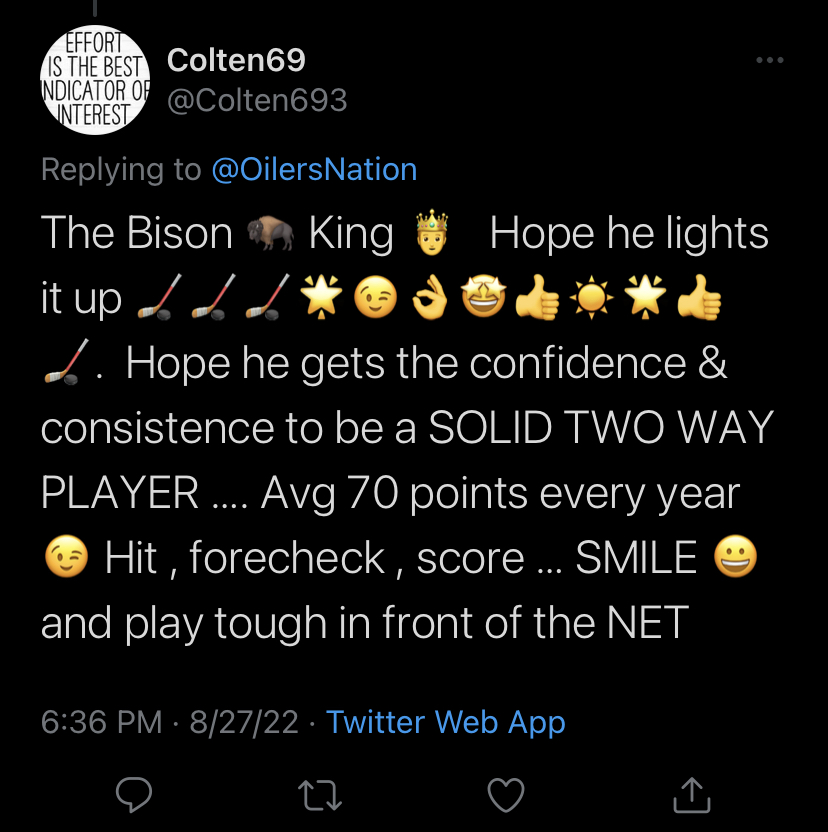 If we can get more of Puljujarvi’s joyous smile next season, I don’t think many fans would complain!

The more the merrier right? Jay here on Twitter shared his point predictions for a few players he believes can have career seasons! If the Oilers want to stay as an offensive powerhouse, they’ll definitely need more scoring from everyone. 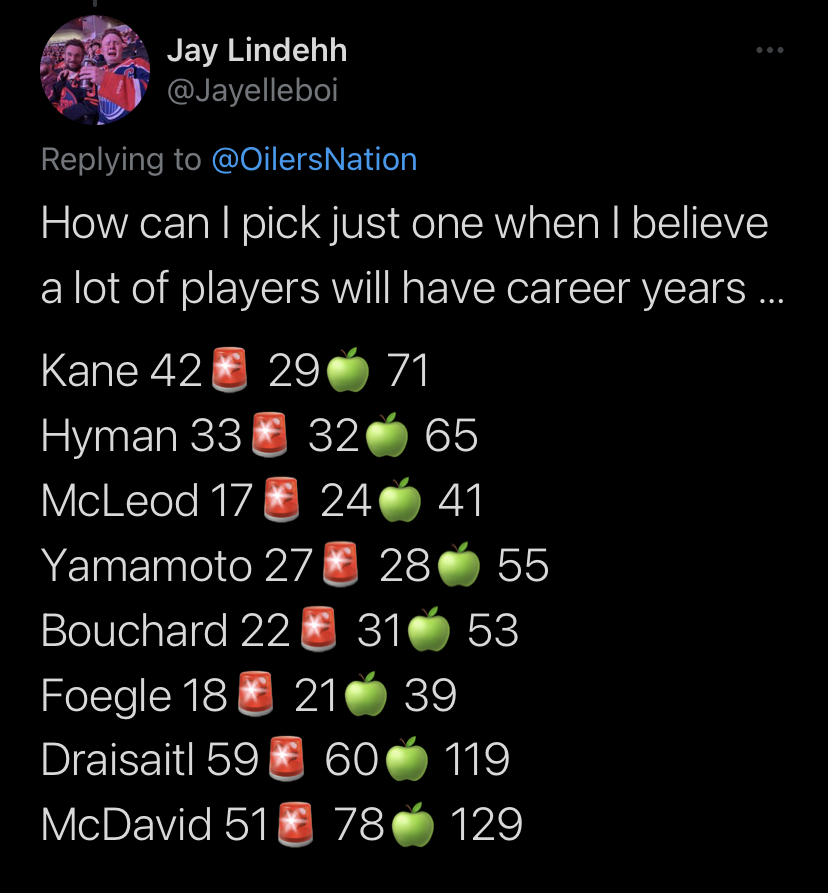 The three notable players that everyone wants to see a career year out of next season. Jack Campbell, Darnell Nurse, and Jesse Puljujarvi. Maybe, just maybe Jay Woodcroft and his coaching staff can unlock a different level for all of them!
Oilers Talk
Social Corner
Recent articles from Woz