Would Jordan Binnington make sense as the next goaltender for the Edmonton Oilers? 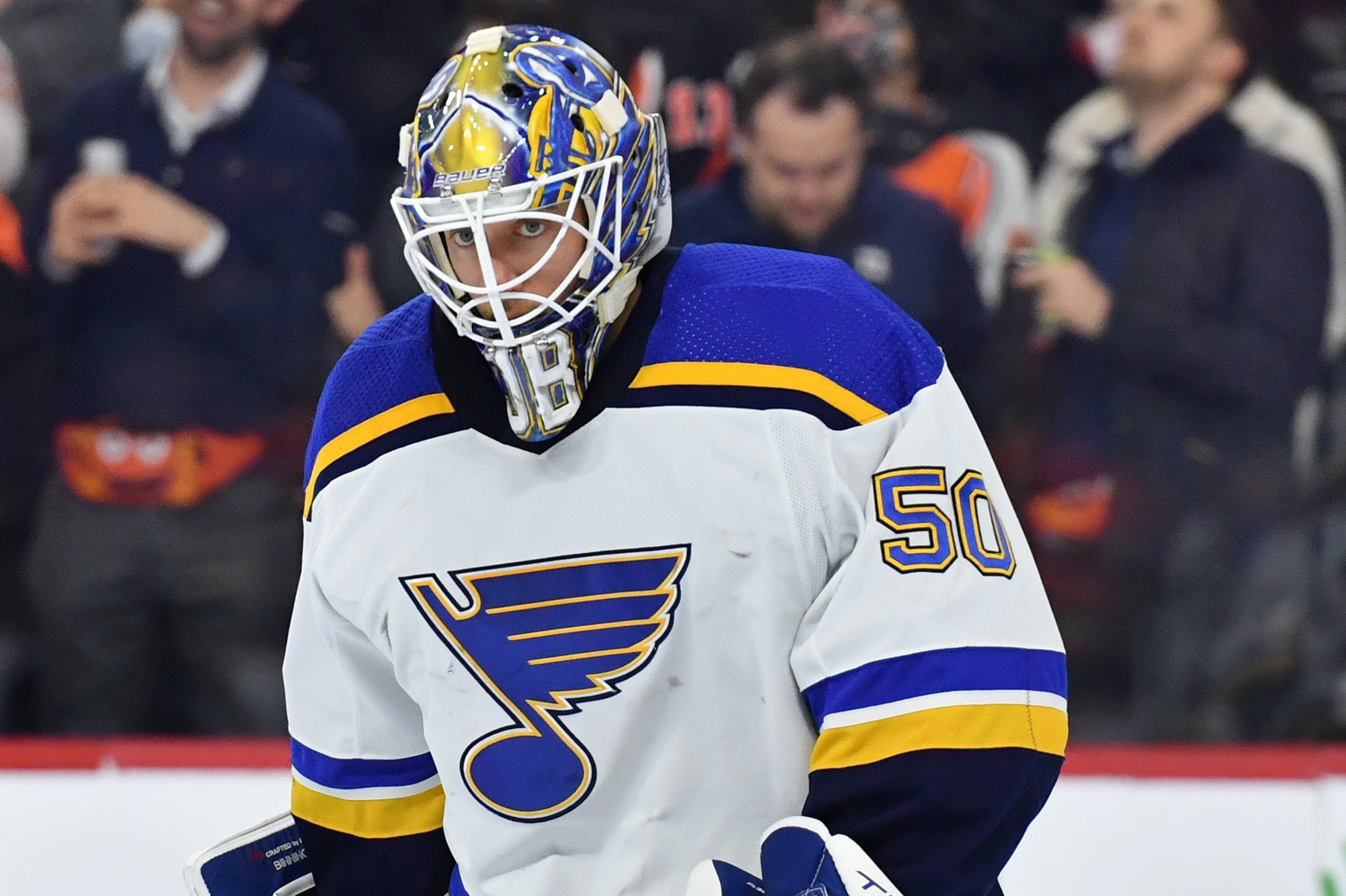 By Zach Laing
10 months ago
There’s one name on the goaltender market that could shake loose at some point: St. Louis Blues goaltender Jordan Binnington.
Daily Faceoff’s Frank Seravalli made mention of Blues GM Doug Armstrong potentially shopping Binnington around.

Sources say Blues GM Doug Armstrong contacted teams perceived to be active on the goaltending market and pitched the 2019 Stanley Cup champion as a potential solution to their problems.
We’re told there has not been much traction, if any, which makes a trade unlikely for a number of reasons.
For one, Binnington’s contract is heavy. The 28-year-old is in the first year of a six-year, $36 million contract. His $6 million AAV has not been commensurate to his play this season. It’s been an adventure on the ice.
Binnington also has a full “no-trade” clause and can veto any potential deal.
On the one hand, Binnington’s availability is a surprise because he just signed his deal last March.
On the other hand, Binnington has been badly outplayed by Ville Husso this season, who is also a pending UFA. Binnington’s .903 save percentage is exactly league average this year; Husso is well north at .928 over nearly the same number of appearances.

I don’t think a move is likely…more just Armstrong gauging the market to see if anyone would get serious on him.
My main thoughts: Binnington is something of a reclamation project at this point. Aside from this magical run his rookie season, he’s been very average. Which isn’t something to scoff at. I think he’s capable of more.
I don’t think he fits in Edmonton. That contract carries a big burden We’ve already seen what a 4 million dollar contract can turn into with Koskinen

Many have said that he’s washed, or not worth his deal. I get the sentiment, he’s still young enough where he could bounce back. He’s making $1.5-million more than Mikko Koskinen and has posted better results than him over his career, too.
If Binnington can bounce back to form, I don’t see why he wouldn’t make sense as an Oiler. What say you, Nation?
Zach Laing is the Nation Network’s news director and senior columnist. He can be followed on Twitter at @zjlaing, or reached by email at zach@oilersnation.com.
Nation Takes
News
Oilers Talk
Recent articles from Zach Laing