By Cam Lewis
1 year ago
We’ve made our way through the busy period of the NHL off-season but there are still a few interesting names on the open market who could help the Oilers.
Ken Holland has had a busy summer thus far. He re-signed @Ryan Nugent-Hopkins and @Tyson Barrie, lost @Adam Larsson in the Expansion Draft, traded for @Duncan Keith and @Warren Foegele, and signed @Zach Hyman, @Cody Ceci, and @Derek Ryan in free agency.
Left on Holland’s to-do list is figuring out new deals for restricted free agents @Kailer Yamamoto, Tyler Benson, Cooper Marody, and Stuart Skinner, and getting @Darnell Nurse inked to a contract extension. The team also has a few holes that could be filled before the start of the season, including adding more depth on the wings, finding a veteran defender, and possibly upgrading the goaltending situation.
That brings us to this week’s What Would You Do Wednesday question. Are there any names left on the open market who should be of interest to Holland? Who would you be interested in the team adding?
I’m going to focus on forwards and defencemen rather than goaltenders because we know by now that upgrading the position will have to include moving out @Mikko Koskinen via trade. Before we get into the names left out there, let’s take stock of where the team currently stands…
Zach Hyman – Connor McDavid – Jesse Puljujarvi
Ryan Nugent-Hopkins – Leon Draisaitl – Kailer Yamamoto
Warren Foegele – Ryan McLeod – Zack Kassian
Devin Shore – Derek Ryan – Josh Archibald
Other: Tyler Benson, Cooper Marody, Kyle Turris
Darnell Nurse – Tyson Barrie
Duncan Keith – Cody Ceci
Kris Russell – Evan Bouchard
Other: William Lagesson
There are a few things that stand out to me.
Ryan is a nice addition to centre Edmonton’s fourth line but using McLeod, a rookie with just a handful of NHL games to his name, carries a risk. The team could also use some more skill on the wings so the third line isn’t used exclusively in a traditional checking role. Adding another winger and playing Nugent-Hopkins as a centre is a possibility.
There’s also a pretty clear need on the blueline for another veteran. If somebody gets injured, the first fill-in option is Lagesson, who only has 27 games under his belt. After that, it’s a handful of prospects without any big league reps. Adding somebody to play alongside and mentor Bouchard while sliding Russell down to the No. 7 spot would be ideal. 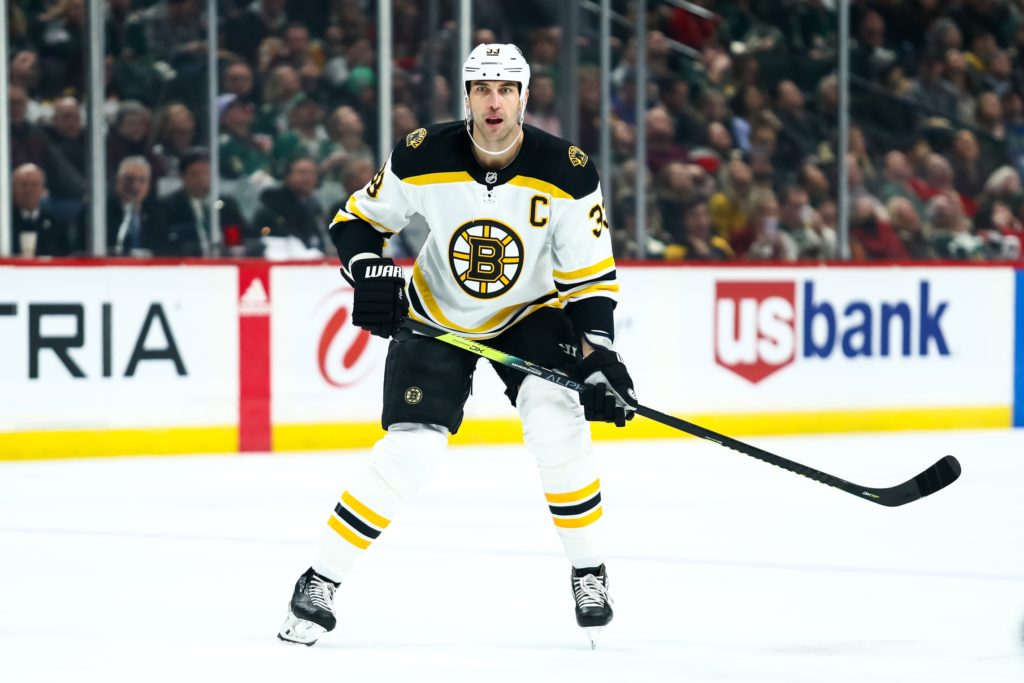 The future Hall of Famer hasn’t yet decided if he’s going to retire or if he’s going to come back for his 24th season in the NHL. Chara inked a one-year deal with the Capitals last off-season and played in 55 games for the team, scoring 10 points while logging 18:19 per night with an on-ice goal differential of 35-to-33. Key to the Keith addition was his veteran leadership. Chara would provide a similar value.

The Oilers found Koekkoek in the bargain bin in late December last year after a strong season with the Chicago Blackhawks. He appeared in just a handful of games for the Oilers and missed the majority of the season with a broken collarbone but Dave Tippett liked Koekoek’s play enough that he suited up for the team in the playoffs. Koekkoek was outscored 12-to-4 at even-strength but had much better numbers in 2019-20, producing a 27-to-24 on-ice goal differential.

Though he isn’t a star like his younger brother, Jordie Benn has carved out a successful NHL career as a defensive defenceman. In 2021, he appeared in 31 games for the Canucks, logging 16:17 per night in largely defensive zone situations. Benn had a positive 22-to-18 on-ice goal differential, impressive given the Canucks’ struggles at keeping the puck out of the net. The Jets acquired Benn at the trade deadline and he appeared in eight regular-season games and three playoff games for the team.

The former No. 3 overall pick has bounced around between five different teams over the past three seasons. He inked a one-year deal with the Senators last off-season and appeared in 36 games for the team, logging 18:04 per night. Gudbranson got caved in with a 17-to-31 on-ice goal differential but the Nashville Predators valued his experience enough to acquire him at the trade deadline. The Oilers need a lefty defender more than a righty but Gudbranson could be a cheap depth option.

Tomas Tatar’s free-agent stock completely cratered during the Habs’ Stanley Cup Final run as he was scratched for all but five of the team’s games this spring. Tatar is a player that Holland knows well, given he was drafted by the Red Wings in 2009 and played 407 games with the team over parts of seven seasons. Even in a down season, Tatar’s production was solid, as he scored 10 goals and 30 points for Montreal in 50 games in 2021. His versatility of being able to play left and right wing would be of value to the Oilers.

Sticking with former Red Wings, we have the team’s first-round pick from the 2015 draft, Evgeny Svechnikov. Though he’s produced well in the minors, Svechnikov has never been able to find success at the NHL level. Over 41 NHL games, he has just five goals and 12 points. There’s certainly a lot of skill here, but Svechnikov has been held back due to issues with his knee. Adding Svechnikov to a show-me deal would be similar to the no-risk deal that former Red Wing Tomas Jurco signed ahead of the 2019-20 season.

In the same vein as Tatar, Ryan Donato could be of value to the Oilers due to his ability to play multiple positions. He has mostly been used as a left winger but has experience as a centre. Donato doesn’t kill penalties like Devin Shore does, but if Holland is looking for somebody who can score for the bottom-six, Donato is a decent bet. He scored just six goals in 50 games for the Sharks in 2021 but buried 14 in 62 games with Minnesota the year before.

The No. 2 overall pick from the 2012 draft just signed a deal with the Avalanche, but what about the No. 3 overall pick? Alex Galechnyuk is still on the open market after a decent showing as a depth producer with the Maple Leafs. In 26 games with Toronto, Galchenyuk scored four goals and 12 points. That’s obviously far from the 30 goals he scored with the Habs in 2015-16, but Galchenyuk proved he can generate offence. He has the talent to be a passenger on one of Edmonton’s top lines, which would allow them to spread more quality play drivers around the lineup.

He almost became an Oiler a few years ago, so now maybe that’ll finally happen this summer. Brassard has bounced around to six different teams over the past four seasons and has remained a solid depth contributor throughout. Most recently, he played with the Arizona Coyotes, scoring eight goals and 20 points over the course of 53 games. As with Donato and Galchenyuk, Brassard doesn’t kill penalties, but he could provide offence to the bottom-six and be an insurance option on a skill line.

The Oilers showed interest in acquiring veteran Eric Staal ahead of the 2021 trade deadline, so there’s a chance they could circle back this summer. Staal had an awful year in Buffalo, as everyone on the team did, but he had a pretty nice playoff run for the Habs, chipping in eight points over 21 games. Staal would be best served as a left winger on the Oilers but could also be an insurance option as a bottom-six pivot.
What say you, Nation? Would any of these names be worthwhile additions for the Oilers? Who else is out there on the open market that you think the team should add? Let us know!