By Cam Lewis
1 year ago
The heavy lifting of Ken Holland’s off-season is pretty much finished by this point.
It’s been a busy one, as the Summer of Ken featured trading for @Duncan Keith and @Warren Foegele, signing @Zach Hyman and @Cody Ceci, and inking @Ryan Nugent-Hopkins and @Darnell Nurse to eight-year contracts. All that’s left now is bargain bin shopping and dealing with the team’s final two remaining restricted free agents without contracts.
One of those RFAs is @Cooper Marody, a middling prospect with arbitration rights who has had good results at the AHL level over the past few years. The other is @Kailer Yamamoto, Edmonton’s 2017 first-round pick who’s reached the end of his entry-level contract.
That brings us to this week’s What Would You Do Wednesday question. What contract has Yamamoto earned at this point in his career? Should the Oilers give him multiple years? Are you worried at all about the threat of an offer sheet from another team, given Edmonton’s tight salary cap situation? 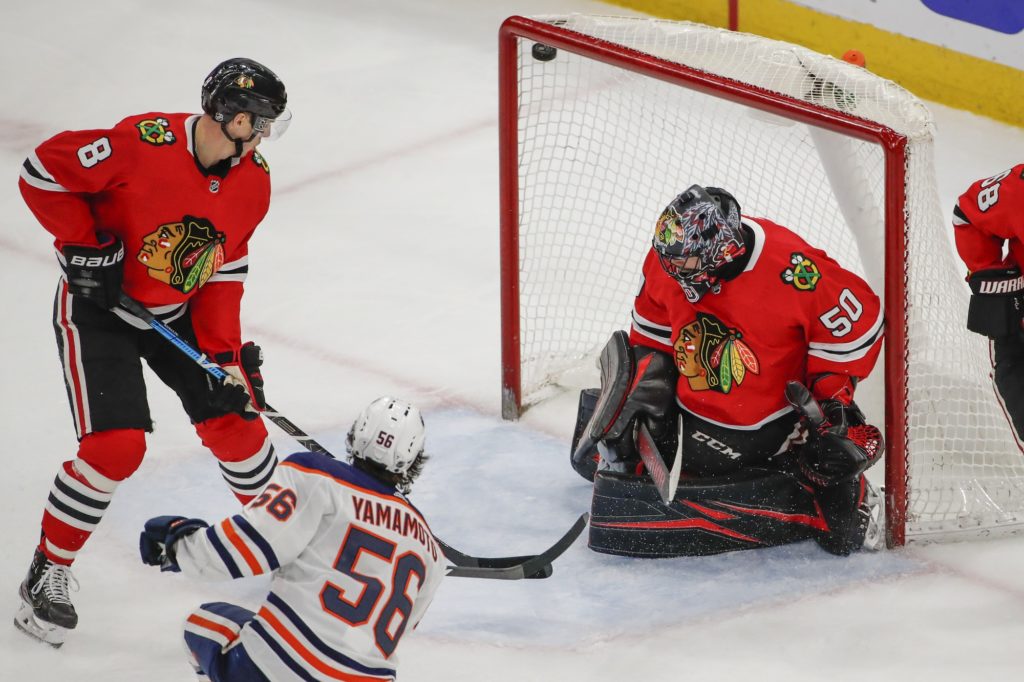 Kamil Krzaczynski-USA TODAY Sports
Yamamoto was drafted by the Oilers with the No. 22 overall pick in the 2017 draft. He was expected to go a bit higher than he did, and Yamamoto told Peter Chiarelli at the draft combine dinner that “you gotta draft me, otherwise I’m going to come back and haunt you.”
In 2017-18, Yamamoto had a nine-game cup of coffee at the NHL level in which he scored three points and was then sent back down to the Spokane Chiefs of the WHL. The following season, Yamamoto played 17 games in the NHL and 26 games in the AHL. It wasn’t until mid-way through the 2019-20 season that he established himself with the Oilers.
Yamamoto made his 2019-20 debut for the Oilers on New Year’s Eve and was a catalyst in lifting a stagnant offence. He was placed on a line alongside Nugent-Hopkins and Leon Draisaitl and the trio saw excellent results, outscoring their opponents 28-to-8 at even-strength. Yamamoto scored 11 goals and 26 points over 27 games with the Oilers that season but didn’t produce anything over four playoff games.
Based on how he did in 2019-20, it was expected that Yamamoto would have a breakout season in 2021, but that didn’t happen. Over 52 games, he scored just eight goals and 21 points. He spent most of his time alongside Draisaitl and Dominik Kahun but the trio didn’t see the same success without Nugent-Hopkins on the left.
Yamamoto is coming off his entry-level deal and doesn’t have arbitration rights. Since he was qualified, he’ll be a member of the Oilers next season no matter what (barring a trade, obviously), but the question is what his contract is going to look like.
Simply accepting the one-year qualifying offer would give Yamamoto a slight raise on the salary he had on his previous deal, which was $894,166. I imagine that he’ll be looking for a two-year bridge deal to prove himself before inking a longer-term deal when he’s closer to unrestricted free agency.
Looking back at the 2017 draft, two comparables stand out for me — @Filip Chytil and @Max Comtois.
Chytil has 71 points in 186 games and inked a two-year deal worth $2,300,000 annually in July. Comtois has 51 points in 94 games and signed a two-year deal worth $2,037,500 just over a week ago. Yamamoto, for the sake of comparison, has 52 points in 105 games, a better point-per-game pace than Chytl and one that’s pretty much on par with Comtois.
Something around the two-year, $2,000,000 annual cap hit mark would make sense for Yamamoto.
Also, speaking of the offer sheet thing, I wouldn’t worry too much given how many restricted free agents there are out there who have yet to sign deals. @Nolan Patrick, @Casey Mittelstadt, @Robert Thomas, and @Drake Batherson are among the other forwards from the 2017 draft class who have reached the end of their entry-level deals and still haven’t signed.
What say you, Nation? What deal do you expect for Yamamoto? Are you worried at all about an offer sheet?