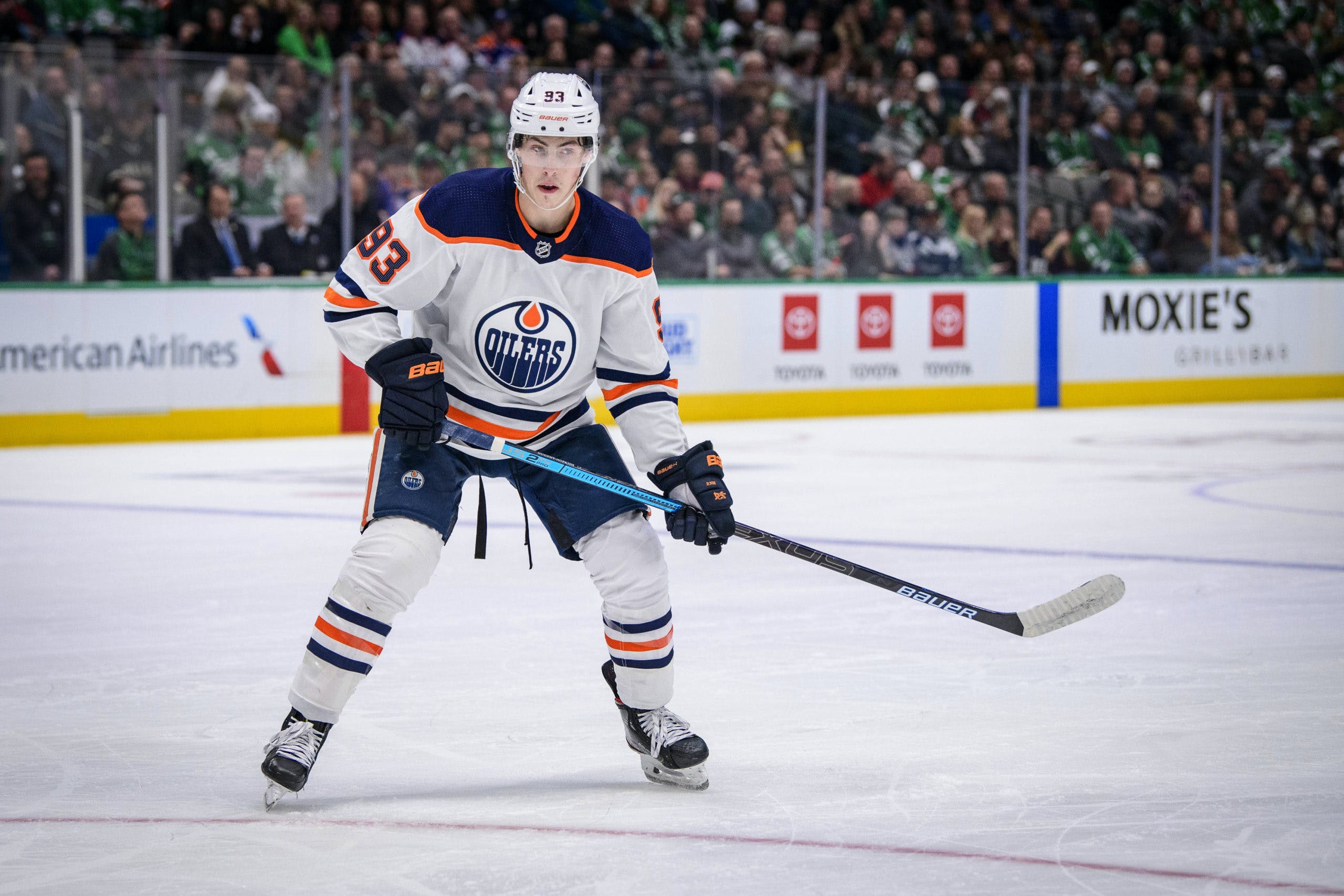 By Cam Lewis
1 year ago
The Oilers decided to Keep Nuge Forever.
The team announced Tuesday that they had come to terms with the former No. 1 overall draft pick to an eight-year contract extension worth $5,125,000 annually. Given the fact the deal includes a no-movement clause, there’s a very good chance Ryan Nugent-Hopkins will play out his entire career in Edmonton.
To me, this is a clear win for both sides.
Nugent-Hopkins didn’t have a great year in 2021 so he wasn’t going to command much of raise from his previous $6,000,000 annual salary on the open market, especially as teams deal with the financial ramifications of the pandemic. With this deal, he gets security until the end of his career and the Oilers get a player with a reasonable cap hit. Though this contract will likely look bad by the time he’s in his mid-30s, it’ll be a bargain during Nugent-Hopkins’ remaining prime years.
Anyways! The deal is signed and that’s that. Nugent-Hopkins is going to be an Oiler for a long time. What’s next? Well, this deal getting signed in late June means that he needs to be protected from Seattle in the upcoming Expansion Draft.
That brings us to this week’s What Would You Do Wednesday ACTUALLY ON A WEDNESDAY edition question. What does your protection list look like now that Nugent-Hopkins is signed?
Earlier this week, Bob Stauffer posted his projected list…
Before Nugent-Hopkins was signed, I suggested that the Oilers might be best off rolling with the eight-skater protection scheme. That would allow them to protect Connor McDavid, Leon Draisaitl, Jesse Puljujarvi, Kailer Yamamoto, and then four defencemen. Darnell Nurse and Ethan Bear would be two, Oscar Klefbom could be one, and either William Lagesson or Caleb Jones could fit in too depending on what happened with Klefbom. If Adam Larsson inks a new deal, he would also be one of those four.
Now that Nugent-Hopkins is signed, though, the Oilers pretty much have to do the 7-3-1 method, as McDavid, Draisaitl, RNH, Puljujarvi, and Yamamoto are no-brainers. That leaves the Oilers with two spots for this list of forwards…
Stauffer has Kassian and Archibald as his two other forwards protected. Archibald I can understand given he’s a cheap, versatile winger who adds value as an exceptionally good penalty killer. Kassian is coming off of a season in which he scored five points in 27 games, so it would be shocking if Seattle picked up his contract.
Khaira’s offence hasn’t really come around at the NHL level but he’s developed into a quality bottom-six pivot with shutdown ability. In 2021, he was on the ice for only 13 goals against at even-strength and he was seventh on the team among forwards in even-strength points with 11. Kahun is another decent even-strength producer, as he was sixth on the team among forwards with 12 points at evens.
You also have Benson and Marody, a pair of prospects who have excelled at the AHL level but haven’t yet been able to hack it in the big leagues. Benson scored 36 points in 36 games for the Condors in 2021 while Marody put up 36 points in 39 games. The calibre of the AHL was weaker than usual this year due to the NHL’s Taxi Squad but these are players who could become solid depth producers for the Oilers.
The blueline is a completely different animal given the fact we don’t yet know if Larsson is going to be re-signed before the Expansion Draft. If he is, we’ll surely see Nurse, Bear and Larsson as the three, so Seattle could take a gamble on Klefbom coming back from surgery or go with the young defender in Jones who has some untapped upside. The team waiting to re-sign Larsson obviously would obviously make this situation a lot easier.
What say you, Nation? What’s your protected list now that Nugent-Hopkins is signed? Would Seattle actually take on Kassian’s contract? Are Khaira or Kahun worth protecting instead? What about Benson and Marody, who have done well down in the AHL? Let us know!