WWYDW(FE): If the Oilers fire Dave Tippett, who should the replacement be? 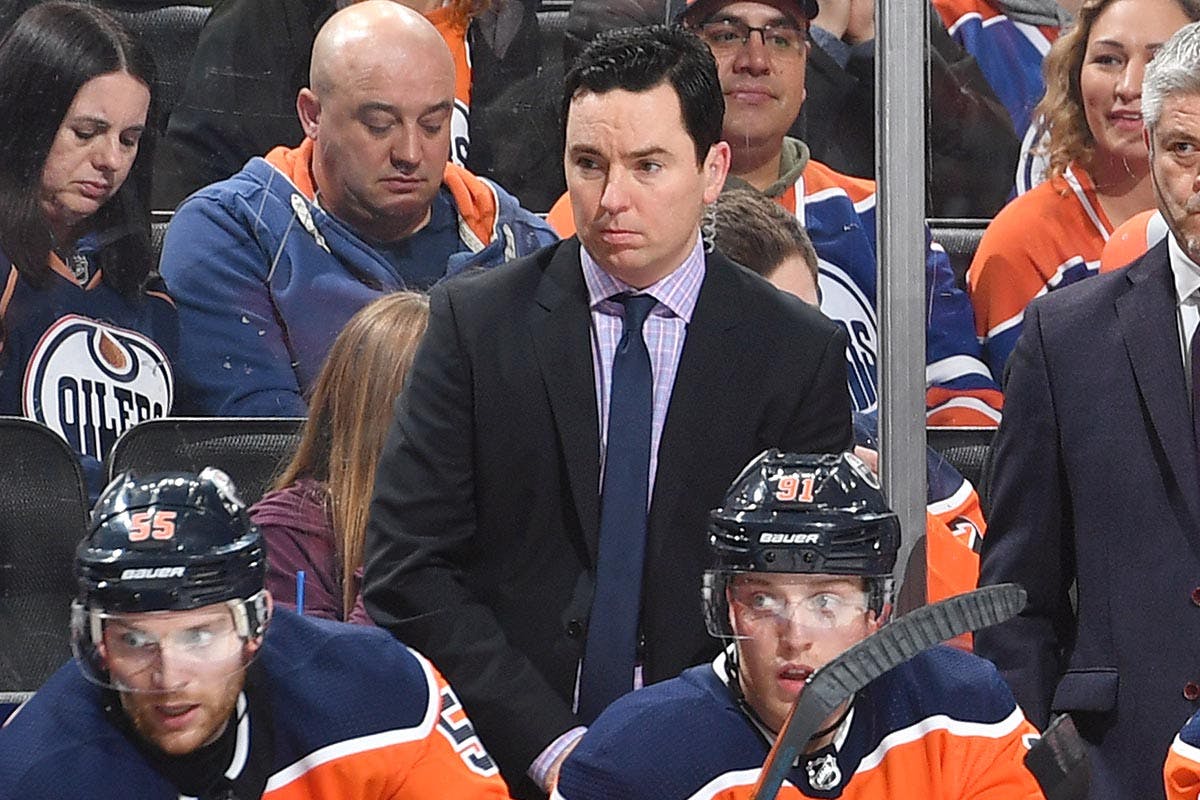 By Cam Lewis
10 months ago
The Edmonton Oilers are in a tailspin and all eyes are on Ken Holland.
The 4-2 loss in Toronto to the Maple Leafs on Thursday was the Oilers’ fifth in a row out of the Christmas break and the 11th loss in 13 games dating back to early December.
Edmonton is scheduled to host the Ottawa Senators on Monday night and then they’ll have a large gap in their schedule as multiple games have been postponed due to COVID-19 restrictions in Canada. The Oilers’ next game on the calendar after the one against Ottawa is January 20 against the Florida Panthers.
Given the team’s poor play over the past month coupled with the extended mid-season break, many have speculated that this would be an ideal time for Holland to make a coaching change. Holland has never fired a coach mid-season but he’s also never been in a situation where a team with expectations this high has performed this poorly.
The opinions around whether or not the Oilers will sack Dave Tippett have been mixed. Darren Dreger believes that we won’t see a coaching change in Edmonton unless things get much worse. Elliotte Friedman said that he believes that a coaching change is currently being considered. Emily Kaplan suggested this would be a sensible time to make such a move, and that the Oilers would likely replace Tippett internally.
That brings us to this week’s What Would You Do Wednesday FRIDAY EDITION question. If you’re Ken Holland, do you pull the trigger on a coaching change? If so, who would you bring in to be the new coach? Let’s go through some names who might be in the mix… 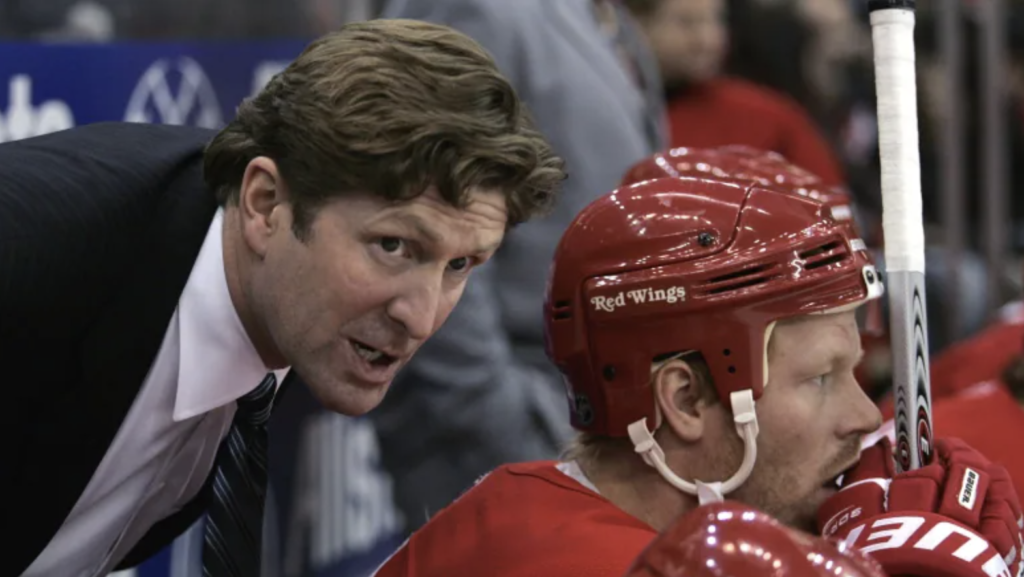 There’s an obvious connection here, as Holland hired Babcock to coach the Red Wings following the 2004-05 lockout. Babcock would go on to coach 10 seasons in Detroit, highlighted by a Stanley Cup victory in 2008 and another trip to the Final in 2009.
Babcock left Detroit in 2015 to sign a massive eight-year, $50 million contract to coach the Maple Leafs. Babcock’s tenure in Toronto started off well, as the team surprisingly made the playoffs just one season after tanking for Auston Matthews. The Leafs were never able to get out of the first round of the playoffs with Babcock and Kyle Dubas opted to let him go after a slow start to the 2019-20 season.
Since being fired by the Leafs, multiple players have come out to voice their disdain of Babcock, including former Red Wings Johan Franzen, who called him “the worst person I have ever met.” Babcock was criticized heavily in Toronto after a story came out about how he treated Mitch Marner as a rookie.
Many of the complaints that Leafs fans had about Babcock are the same as the ones we’re hearing now about Tippett, like being overly rigid and inexplicably favouring veterans grinders over young skilled players.
Elliotte Friedman said on 32 Thoughts a few days ago that Holland hasn’t spoken to Babcock or his camp about the possibility of coaching the Oilers.

Another veteran coach on the open market is Claude Julien, who was let go by the Montreal Canadiens 18 games into the 2021 season. The Habs, of course, would sneak into the playoffs and go on a shocking run to the Stanley Cup Final under his replacement, Dominique Ducharme.
The best days of Julien’s career came when he was coaching the Boston Bruins. In 2011, Julien led the Bruins to their first Stanley Cup since 1972 and he led the team to the Final again a couple of years later in the lockout-shortened 2013 season. He also won the Jack Adams Award for coach of the year in 2009 after the Bruins posted a 53-19-10 record.
Julien doesn’t have the same bones in his closet that Babcock does, but he’s cut from a similar cloth as both Tippett and Babcock as he’s more of an old-school coach who prioritizes a 200-foot game. He’s been criticized for not being versatile enough and for not giving young players enough opportunity to succeed.

Glen Gulutzan is best known here for his work running Edmonton’s wildly successful power-play.
He was the lone survivor on the Oilers’ coaching staff when the team fired Tippett back in May of 2019. The team let go of assistant coaches Trent Yawney and Manny Viveiros but retained Gulutzan who was been hired a year earlier.
Gulutzan has head coaching experience but without much success. He coached the Dallas Stars for two seasons in 2011-12 and 2013 and missed the playoffs in both seasons. A few years later, Gulutzan was hired to coach the Calgary Flames. He made the playoffs in 2016-17 but missed out in 2017-18 and was let go.
The Oilers won both games when Gulutzan was serving as the head coach when Tippett was in COVID-19 protocol. Of course, it’s important to remember that those wins came against poor teams, the Blue Jackets and Kraken, so that isn’t necessarily an indication that Gulutzan did anything special behind the bench.

One of the top prospects on Edmonton’s AHL affiliate is the guy behind the bench, Jay Woodcroft.
Woodcroft came over to the Oilers as part of Todd McLellan’s staff back in 2015 after spending seven seasons as an assistant coach in San Jose. He got his start in the NHL, interestingly enough, in Detroit as a video coach, so there’s a Holland connection here as well.
After three seasons as an assistant coach in Edmonton, the Oilers opted to give Woodcroft his first head coaching gig with the Bakersfield Condors. The team went 42-21-3 in Woodcroft’s first season, a major change from three consecutive seasons without making the playoffs under Gerry Fleming. The Condors missed the playoffs in 2019-20 but did very well in 2021, winning the Pacific Division playoff tournament.
A major positive of promoting Woodcroft is the fact he’s familiar with so many of Edmonton’s young players, as the Condors have turned into a solid pipeline for talent during his tenure.
The last time the Oilers had an AHL coach this successful was Todd Nelson. He had a short stint on Edmonton’s bench in 2014-15 after Dallas Eakins was fired, left the organization after that, and is now an assistant with the Stars. If Woodcroft continues to have success in Bakersfield he’ll surely find himself on the radar for an NHL head coaching gig eventually.
What say you, Nation? Are the Oilers going to keep rolling with Dave Tippett or is it time to go in a new direction? Who would you want coaching the team? A veteran like Mike Babcock? New blood like Jay Woodcroft? Let us know!