By Cam Lewis
5 months ago
The Edmonton Oilers took care of business in the Battle of Alberta and are now off to the Western Conference Final.
Now that the series with the Calgary Flames has been wrapped up, we can show shift our focus over to the Central Division, as the winner between the Colorado Avalanche and St. Louis Blues is the last thing standing between the Oilers and a trip to the Stanley Cup Final.
It looked like the Avs had this series in the bag in Game 5 on Wednesday. They went up 3-0 in the second period but the Blues battled back to tie things at 3-3 in the third. With just three minutes left on the clock, Nathan MacKinnon scored one of the nicest goals you’ll ever see but the Blues again tied things up with under a minute to play in regulation.
Tyler Bozak then completed the comeback in overtime to keep the series alive…
To be honest, it’s pretty shocking that this series has gone this far. The Avs have outshot the Blues 183-to-138 and St. Louis lost their starting goaltender, Jordan Binnington, to injury just a few minutes into Game 3. Ville Husso, who came into the series in relief of Binningon, has posted an .860 save percentage through three games.
But here we are. The Blues will host the Avs on Friday night with the objective of sending the series back to Colorado for a winner-take-all Game 7. It’s an uphill climb for St. Louis but it isn’t over until it’s over.
That brings us to this week’s What Would You Do Wednesday FRIDAY EDITION question. Who are you pulling for in the Central Division? Would the Avalanche or Blues be a better opponent for the Oilers to face in the Western Conference Final? 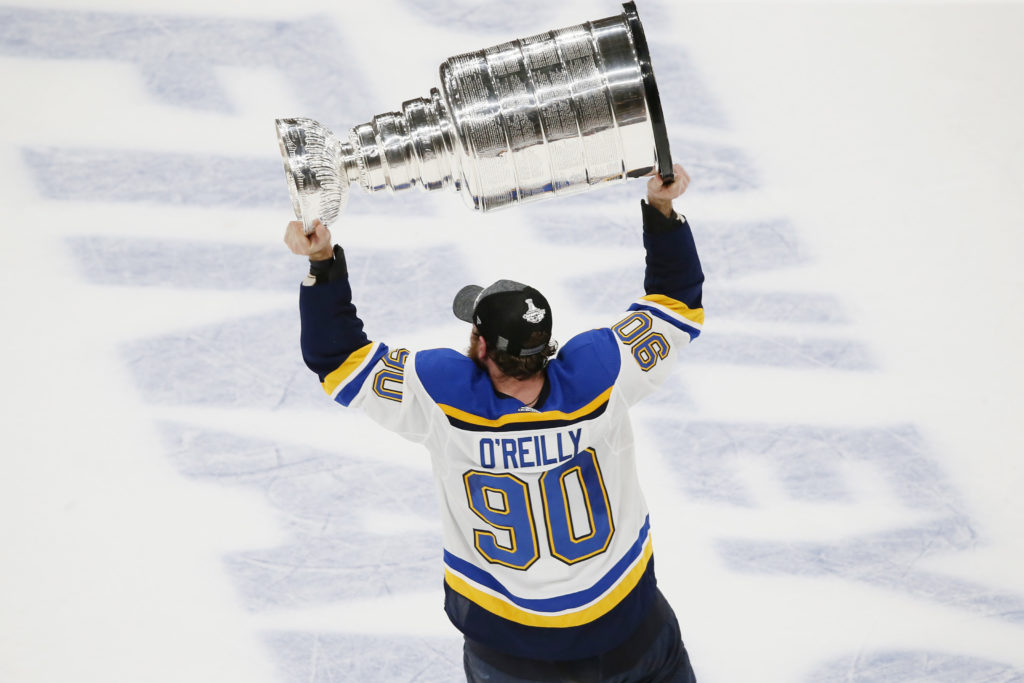 Thoughts on the Blues…

It’s easy to look at the Blues and see a team that finished third in the Central Division and wasn’t considered a real Stanley Cup contender coming into the season and believe that they offer the path of least resistance. But it’s also important to remember that the Blues are just a few years removed from winning the Stanley Cup, and that came during a season when nobody expected them to contend.
This year’s Blues team isn’t entirely the same as their Stanley Cup team from 2019, as Alex Pietrangelo left the team in free agency and Jordan Binnington could miss the rest of the playoffs due to injury, but a lot of the key pieces are still around. Ryan O’Reilly is a proven playoff performer, Robert Thomas has developed into a top-line centre, and Vladimir Tarasenko is healthy after years of dealing with a nagging shoulder issue. There’s an argument to be made this group is even better than the one that won it all in 2019.
The Blues are a team that’s been there before and they know how to win. There’s also significantly less pressure on them than there is on the Avs, a team that hasn’t been able to get over the hump in recent years.
The Oilers won their season series with the Blues. They went into St. Louis and won by a score of 5-4 in November, the Blues won by a score of 4-2 at home while the Oilers were struggling in December, and the Oilers won the one meeting between the two teams in Edmonton by a score of 6-5 on April 1.

Thoughts on the Avalanche…

The Avs came into the season as the odds-on favourite to win the Stanley Cup and they cruised to the best record in the Western Conference at 56-19-7. They plowed through the Nashville Predators with a four-game sweep in the first round and are one win away from reaching the Western Conference Final for the first time since 2002.
It seems weird that these Avs haven’t reached the Conference Finals yet but the reality is they haven’t been able to get over the hump in the Nathan MacKinnon era. They shocked the Calgary Flames in the first round in 2019 but wound up losing to the San Jose Sharks in the second round, they were upset by the Dallas Stars in the second round in the bubble in 2020, and they couldn’t get past the Golden Knights in the second round last year.
Colorado does just about everything well. They have elite talent in Nathan MacKinnon and Cale Makar, they have high-quality depth with guys like Nazem Kadri who can chip in and play well defensively, they have a strong blueline, and they have a capable goaltender. It’s difficult to find holes on this roster when you look at them on paper.
The Avs won the season series with the Oilers but things were very tight. Colorado picked up an overtime win at home on the day of the Trade Deadline, they won 2-1 in the shootout in Edmonton a couple of weeks later, and then the Oilers won in their third and final meeting in late April by a score of 6-3.
What say you, Nation? Who are you rooting for between the Avalanche and Blues? Do you want to see a Connor McDavid vs. Nathan MacKinnon Western Conference Final? Or would the Blues offer the path of least resistance? Let us know!
Oilers Talk
WWYDW
Recent articles from Cam Lewis