WWYDW(TE): Who do you want the Edmonton Oilers to face in the first round of the playoffs? 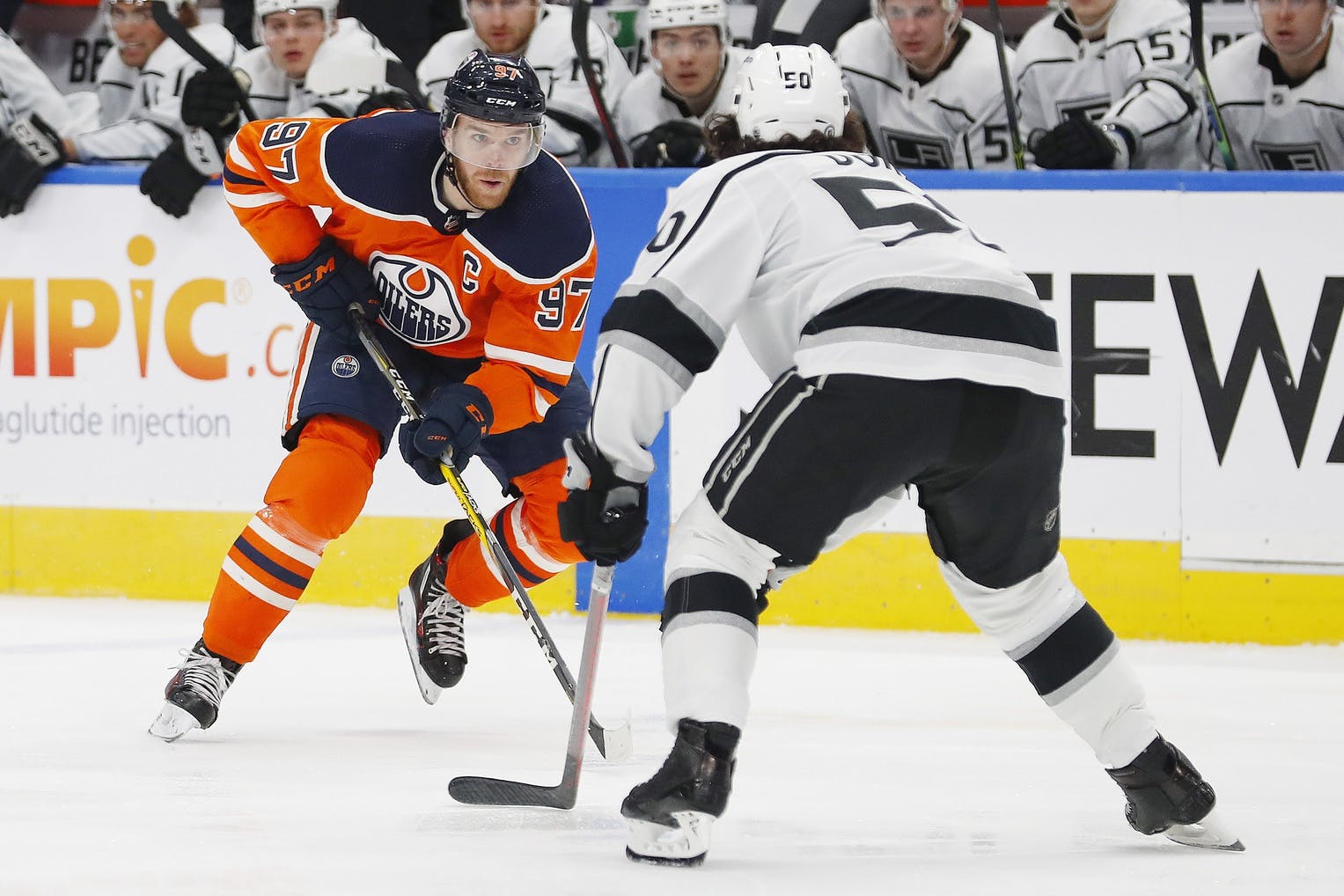 By Cam Lewis
9 months ago
Barring a late-season implosion, the Edmonton Oilers are going to make the playoffs this season.
They own a 44-26-6 record and sit in second place in the Pacific Division, four points up on the Los Angeles Kings, seven points up on the Vegas Golden Knights, and eight points up on the Vancouver Canucks.
Simply splitting their remaining six games during the regular season will more than likely be enough to not just get the Oilers into the playoffs, but for Edmonton to host their first-round series. Knock on wood, of course.
That brings us to this week’s What Would You Do Wednesday TUESDAY EDITION question. Assuming the Oilers finish strong and land in second place in the Pacific Division, who would you want to see them play in the first round? The options are the Kings, Golden Knights, and Canucks. Which of these teams is Edmonton’s best matchup? 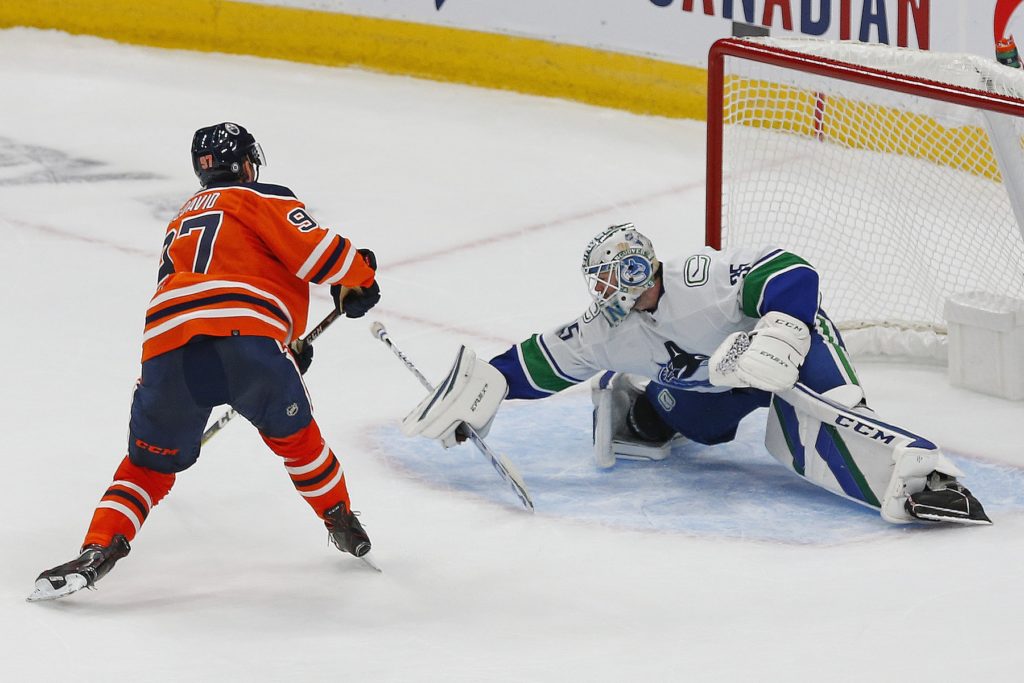 It looked like the Canucks were dead in the water but a six-game winning streak has brought them right back in the mix. They beat the Golden Knights twice in the past couple of weeks and they just pulled off a huge head-to-head win over the Dallas Stars, who occupy the final wild-card spot in the Western Conference. A win over the Ottawa Senators on Tuesday night would vault them over Vegas in the standings.
Though the Canucks have a wildly flawed roster and the Oilers have beaten them all three times the two teams have faced off this season, you’d like to avoid going up against a team that’s hot. If the Canucks make the playoffs, it’ll be because they won something like 10 or 11 of their final 12 games and they’ll be carrying a bunch of momentum with them.
The other worrying thing about Vancouver is Thatcher Demko, who has a .985 save percentage in four career playoff games. That’s a goalie who can steal a team a playoff series.

We’ve been waiting all year for the Golden Knights to get rolling. It hasn’t happened yet, and they’re running out of time.
For the first time all season, Vegas has Jack Eichel, Mark Stone, and Max Pacioretty in the lineup at the same time, but it hasn’t yielded the results the team was expecting, as they’re 1-2-1 with their big three. Since going on a five-game winning streak in late March, the Golden Knights have again gone cold, winning just two of their past six games. They also have the challenge of playing their final three games of the season on the road in Dallas, Chicago, and St. Louis over a span of just four days.
The thing I’d be worried about when it comes to Vegas is that they’re a sleeping giant. They haven’t had their ideal roster healthy all at the same time at any point this season so they haven’t had a chance to play at their best. In the playoffs, there’s no salary cap, so we could feasibly see Vegas activate players from the Long-Term Injured Reserve and put forward a stronger roster than the one they’re icing right now.
If the Golden Knights start playing to their potential, they’re a difficult team to take in a seven-game series.

The Kings are currently sitting in third place in the Pacific Division largely because nobody has stepped up and taken their spot. Given how soft their schedule is, the Kings have a prime opportunity to just cruise their way into the playoffs.
L.A. has dropped four of their last six games but the Golden Knights have also been struggling as of late so they weren’t able to take advantage. The Kings play Anaheim, Chicago, Anaheim again, and then Seattle before closing out the season with what could be a huge head-to-head against the Canucks. They’re three points up on Vegas and four on Vancouver, so just taking three of five against these weak opponents should be enough for the Kings.
In my mind, this is who we want the Oilers to go up against in the first round. The Kings are without Drew Doughty as he underwent surgery on his wrist and won’t be back until next season. While there are veterans like Anze Kopitar and Jonathan Quick in the mix, the Kings are a largely young and inexperienced group without the experience of shutting down an opponent over the course of a seven-game playoff series.
As we learned with the Blackhawks in the bubble and the Jets last spring, there’s no such thing as an easy opponent, but the Doughty-less Kings appear to be Edmonton’s safest bet.
What say you, Nation? Who do you want to see the Oilers go up against in the first round? Do any of these possible opponents worry you at all? Let us know!