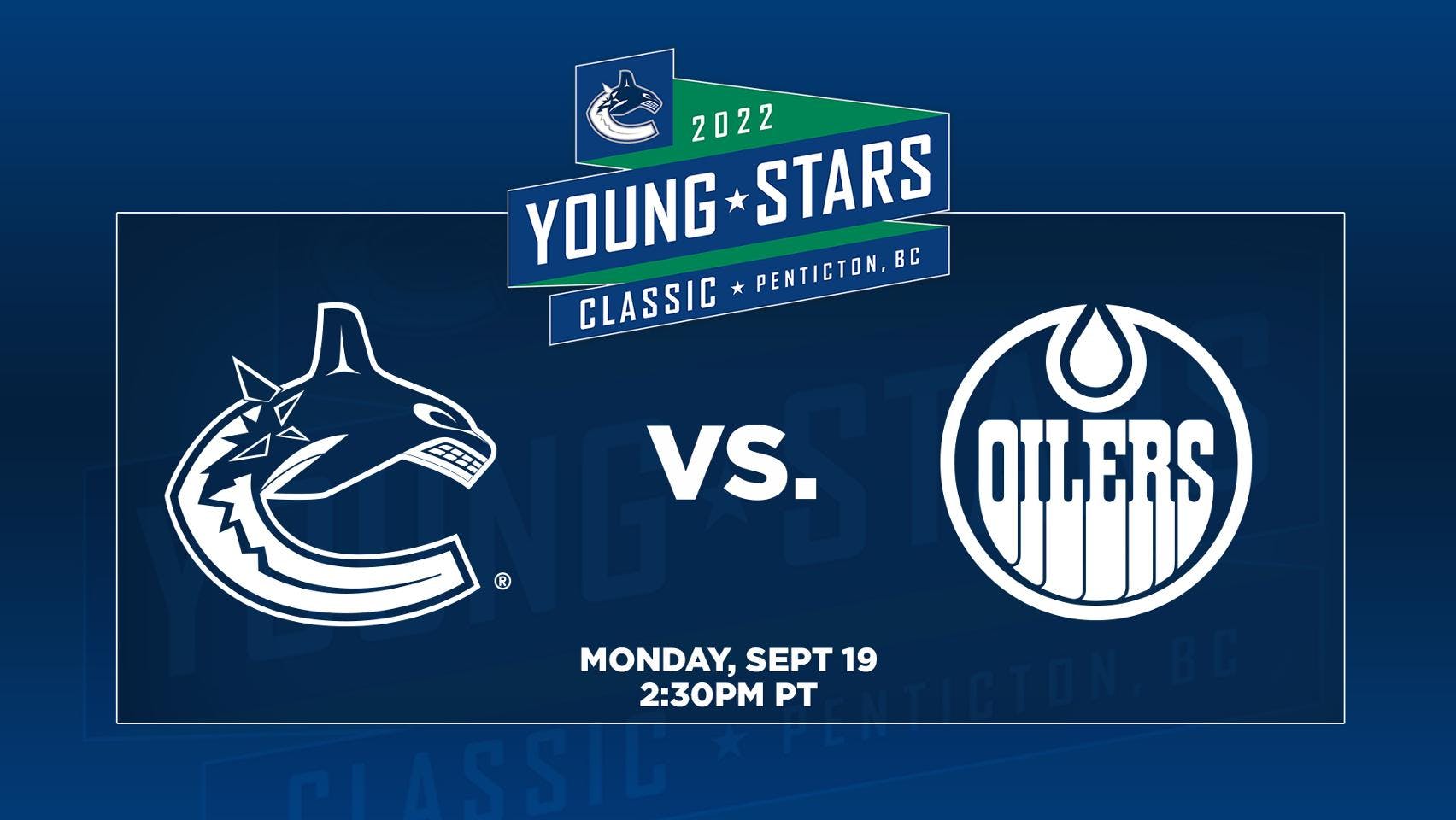 By Cam Lewis
4 months ago
Monday afternoon’s game between the Edmonton Oilers Rookies and Vancouver Canucks Rookies in Penticton was pretty much the Gold Medal Game of the Young Stars Classic. Both teams won their first two games of the weekend and were coming into Monday’s finale with the winner coming out as the undefeated team.
Just as they had all weekend, the Oilers Rookies breezed through opponents and earned a 5-2 win. All told, they went 3-0 in the tournament and outscored their opponents 12-to-5. Let’s go through all of the interesting stuff from Monday afternoon…

It took until nearly halfway through the game but the Oilers finally opened the scoring when Reid Schaefer took a breakout pass at the Canucks’ blueline and sniped a shot past Arturs Silvos. It was Mike Kesselring who made the excellent cross-ice pass to Schaefer to start the play.
Dylan Holloway put a cherry on top of his dominant weekend with a short-handed goal a few minutes later that gave the Oilers a 2-0 lead. Holloway picked up the puck in his own zone and rushed it up ice and right into Vancouver’s crease before stuffing the puck past Silvos. The Canucks were completely outmatched by Holloway on this play.
The Canucks would battle back to tie the game at 2-2 but the Oilers regained the lead in the third period. Maximus Wanner flipped what was mostly a dump-in towards the net from the point as he was being pressured by a Canucks forward and Silvos seemed to lose the puck in the lights and it wound up in the back of the net.
A few minutes later, the Oilers gave themselves a 4-2 cushion as Cole Dubinsky took a pass from Philip Broberg and went in and roofed a backhand shot over Silvos. That was a nice way for Dubinsky, who was a non-roster invite to rookie camp, to finish off his weekend.

Rookie camp is now over and a handful of players will get an invite to the team’s training camp while the rest return to major junior or the minors. The Oilers will play their first pre-season game on Sunday against the Winnipeg Jets.
News
Post Game
Recent articles from Cam Lewis