Advertisement
Ad
McLellan gets involved with the community and the Oilers
By Jason Gregor
6 years ago
Comments
//platform.instagram.com/en_US/embeds.js

Last week Edmonton Oilers head coach Todd McLellan was announced as the new Ambassador for Sport Central. Sport Central was established in 1991, and they have provided equipment and bicycles to over 125,000 children in need over the past 25 years.
The day after Todd McLellan was hired as head coach of the Edmonton Oilers he received a phone call from St. Louis Blues head coach Ken Hitchcock. He thought it was going to a congratulatory phone call, but Hitch had other motives.
“I thought he was calling to wish me well, which he did, but he immediately went in to talking about Sport Central, what they were and what his role was with the organization. He asked me if I would be interested in taking over his role. I could hear the passion in his voice, and he is a very passionate guy. He really believed in the program, he has been a part of it since day one and from that point on I was sold and felt it was something I wanted to be a part of,” McLellan explained to me on my radio show last week.
Advertisement
Ad
Advertisement
Ad
We discussed Sport Central and then our conversation ended with some thoughts on the Oilers’ season.

Gregor: As an ambassador, what will be your role moving forward and how do you plan on helping out Sport Central?
McLellan: Well my role, it’s not a defined role. I don’t have
a specific job that I need to take care of. I believe in the program, I believe
in its effects. The equipment that the young children are provided is one
thing, it’s what they do with the equipment and the experiences that they gain
and I believe in those experiences through sport.
So I’m going to be there, I’m going to help them make
contacts with donors. I’m going to help with any type of young child or group
of children that needs it and I might be aware of it. I’ll be there to help
with any fundraising functions. Really, in a supporting role and anything that
they need from me and I’m available for I’ll lend my name or I’ll lend my time
to it.
Advertisement
Ad
Advertisement
Ad
Gregor: In today’s era can a coach
encourage players to get involved with a charity or is something the players do on their
own?
McLellan: Well it’s something that I’m passionate about. I
think that if you’re going to live in the community and you’re hoping that the
community supports you when things are going well and maybe when things aren’t
going well, it’s important that you find a way to give back. Let’s face it,
anyone in the National Hockey League level at any capacity is very
fortunate. We’re all paid very well and we get basically the best of everything
when it comes to treatment, equipment, flights, you name it. There’s nothing
that we go without, so the time and energy that we do have, over and above
playing, we should be putting into something constructive. That can be coaches,
players or trainers, and community is part of it.
Advertisement
Ad
Advertisement
Ad
I know that our players do a tremendous job. It’s not always
recognized, it’s not always public, but their visits to the hospitals to see
some of the sick children, that’s not on television, it’s not on the news every
night, but it happens quite often. And just seeing the little ones smile is
really important. It doesn’t always have to be about dollars and cents,
sometimes it can be about the emotional part and our players are involved in
that. They donate a lot of time to other charities in the city. There’s a high school
program, Daryl Katz’s children have a charity here in the city and some of the
players have donated their time there. I’ve been with Minnesota, Detroit, San
Jose and now Edmonton, and each of those teams has their own foundation, each of
those teams does a tremendous job of giving back to the community. I do believe
the Oilers are maybe number one when it comes to supplying funds back to the
National Hockey League communities and it’s something that we’re all proud of.
Advertisement
Ad
Advertisement
Ad
Gregor: Standing-wise this has been the most disappointing
season for you as a head coach in the NHL. How has this year helped you as a head
coach? What have you learned about yourself as a head coach?
McLellan: Well I think first of all the word disappointment
has to be defined. We’re disappointed in the record and not making the
playoffs, but there’s been a lot of growth in individuals throughout the year.
There’s others that we have to get to, some have fallen off, some need to
improve but overall, establishing a team identity, establishing the fact that
we’re not going to fold our cards near as quickly as we have in the past,
working on our game, introducing younger players to the lineup — there are some
bright spots in the season itself. Even the fact that we’re playing as hard as
we can down the stretch here when it would be easy to roll over and play dead. So
disappointing in record wise, satisfying in other areas, but with work to do.
Advertisement
Ad
Advertisement
Ad
Me, personally, it’s a different environment and it’s been
different from day one when I took the job. I knew that getting in, I knew that
we had a tremendous amount of work and we talk a lot about the future down the
road more than we would the present. That’s what happened this year. Trade
deadline rolls around and we’re shedding and acquiring assets where in San Jose
or Detroit, in particular, we were adding assets to make the Stanley Cup run. It’s just a totally different environment. Something that we’re trying to get
to is becoming one of those teams where we add and get excited about a playoff
run, but we’re not there yet. 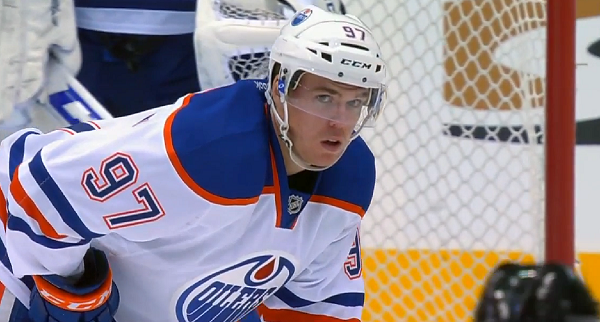