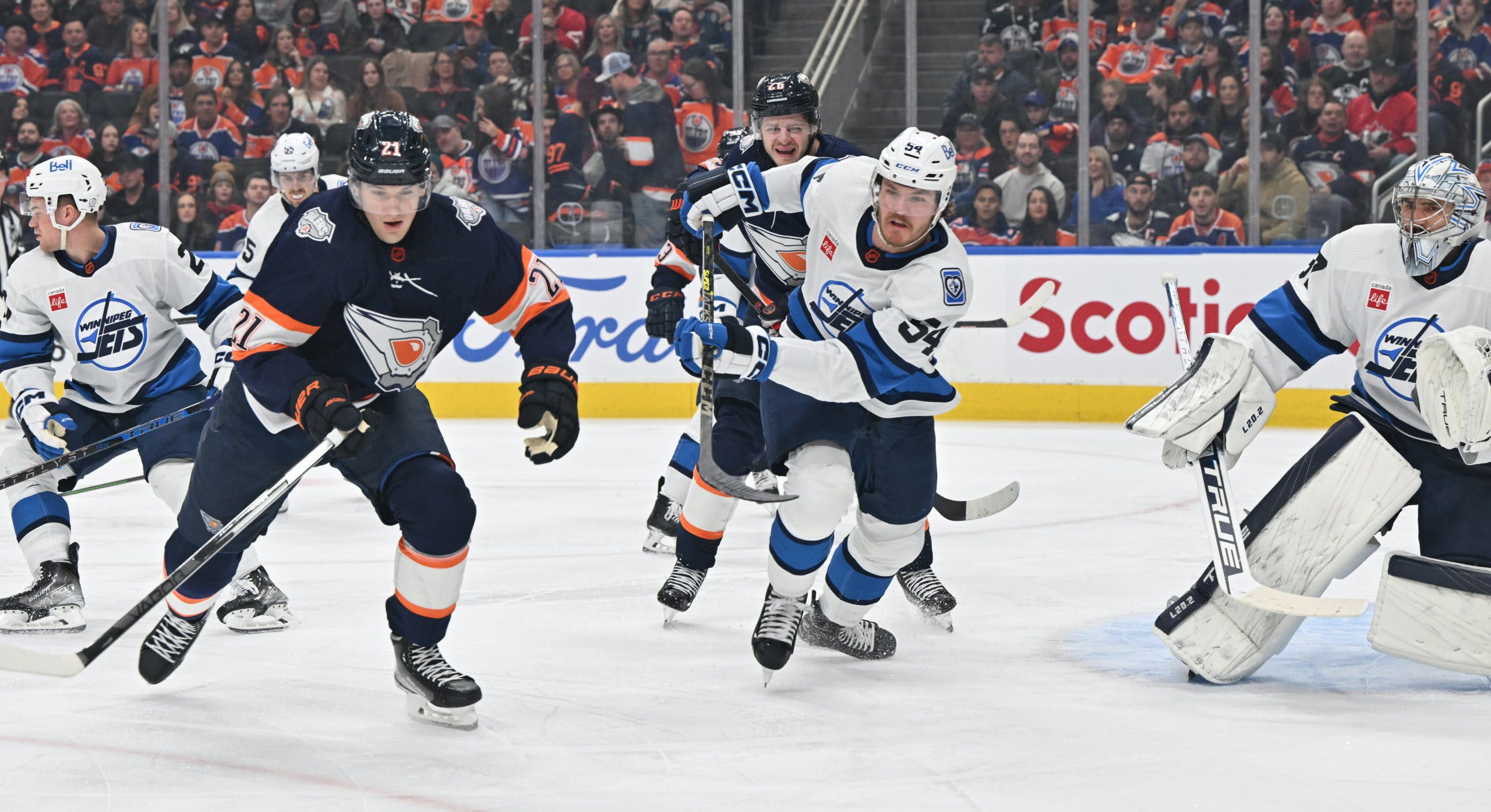 Photo credit: Walter Tychnowicz-USA TODAY Sports
By Zach Laing
23 days ago
Comments
Some good news for the Edmonton Oilers as both Leon Draisaitl and Klim Kostin practiced Monday.
Draisaitl had missed the last two games with an undisclosed injury, while Kostin appeared to be seriously hurt in the Oilers’ big win over the Winnipeg Jets Saturday night. With seconds dwindling down in the third period, Kostin got tied up with a Jets played falling awkwardly into the boards.
Kostin stayed down on the ice, but skated off with the help of some teammates.
On Sunday, Kostin posted a story on his Instagram with Connor McDavid that had the caption “Ready for Tuesday.”

not good. as time expires on the clock, klim kostin get tied up along the boards and was in serious discomfort. he ended up skating off the ice as teammates held him up. pic.twitter.com/Sc3pJe3AZA

File under: things you love to see 🥲 pic.twitter.com/pT1oAc1O8P

Here’s a look at the lines from practice Monday.

Kraken to host Golden Knights outside

The two latest expansion teams will be heading outdoors.
The Seattle Kraken and Vegas Golden Knights will meet at T-Mobile Park, home of MLB’s Seattle Mariners, on New Years Day 2024.
Here’s some of what Daily Faceoff’s Mike Gould wrote about it:
Advertisement
Ad
Advertisement
Ad

The Kraken have never played in an outdoor game, having only joined the NHL in 2021. The Golden Knights previously participated in the “NHL Outdoors” series at Lake Tahoe, NV during the COVID-19 pandemic-shortened 2020–21 season.

While Las Vegas has never hosted an NHL regular-season game, Caesars Palace — and to be more specific, its parking lot — was the site of an exhibition contest between the New York Rangers and Los Angeles Kings back in 1991. Wayne Gretzky’s Kings won 5–2.
With Seattle now getting an outdoor game of its own (and the Carolina Hurricanes set to host the Washington Capitals at Carter-Finley Stadium in Raleigh, NC in February), only three NHL teams have yet to participate in one of these special events: the Arizona Coyotes, Columbus Blue Jackets, and Florida Panthers.
Furthermore, the Vancouver Canucks did host a Heritage Classic game at BC Place Stadium back in 2014, but the game took place under a closed retractable roof. To this day, the Canucks have never participated as the home or road team in a proper outdoor game.

It won’t be the only outdoor game next year. The Edmonton Oilers will be hosting the Calgary Flames on Oct. 29th at Commonwealth Field.