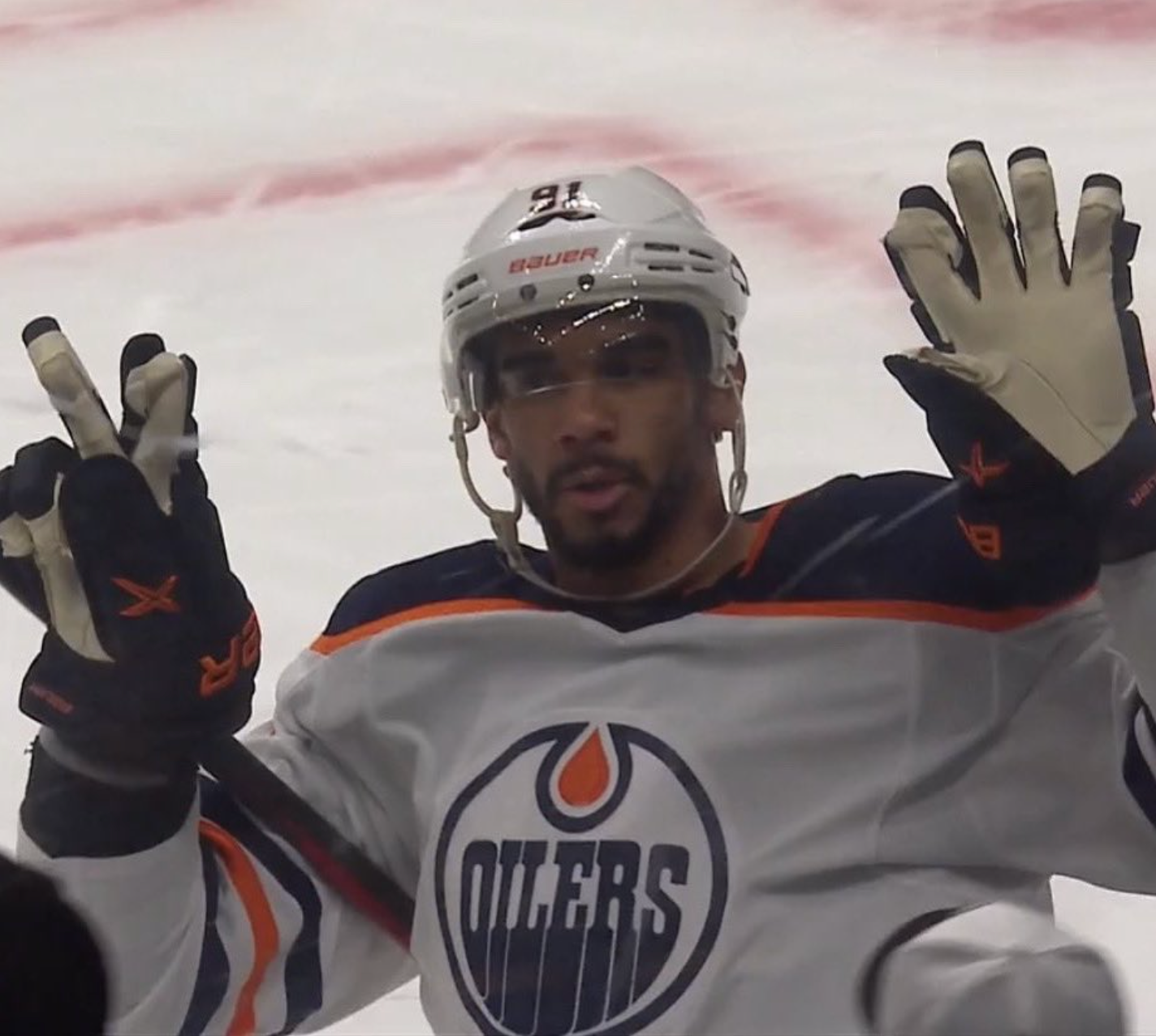 By baggedmilk
6 months ago
Comments
It’s draft week and that means we’re in the thick of silly season in the NHL, and the Oilers are a team that a lot of people will be watching as they look to build upon what was an incredible playoff run to cap off the 2021-22 season.

WILL WE GET A TRADE OR TWO?

Advertisement
Ad
Advertisement
Ad
If you’re a fan of the Edmonton Oilers, this next couple of weeks could be as interesting as we’ve seen in a long time as there are a handful of players that are already rumoured to be in trade talks or on the way out. On Saturday, I wrote about the Jesse Puljujarvi situation and how it would be heartbreaking for me to lose him because I think he makes the team better, but it really doesn’t matter what I think and it sucks to have to sit and wait for whatever happens to actually go through. As for the other guys being named — Barrie and Kassian have been named as potential trade bait over the last couple of weeks — I’ll be curious to see whether or not they actually get moved and how much cap space can get freed up in those transactions since it’s no secret that we need some upgrades in the lineup without having a whole lot of free money to make that happen. I’m not saying that the Oilers need to keep up with the Joneses or anything like that, but with the rest of the Pacific Division looking to improve and working to make that happen, now is not the time to rest on one’s laurels or look at the Western Conference Final appearance as a reason to hang the Mission Accomplished banner.

Hearing that multiple pending-UFA's are watching the Evander Kane situation with the @EdmontonOilers closely.
After what Connor McDavid (10-23-33/16 GP) and Leon Draisaitl (7-25-32) did in the playoffs, there is belief the Oilers are contenders.

Remember when Connor McDavid got drafted and we started wondering if having him around would result in more UFAs choosing Edmonton as a destination because they wanted to win? Well, that hasn’t really happened too much outside of a few guys here and there — Milan Lucic was probably the biggest name of the bunch — but maybe the tides are turning. In this week’s 32 Thoughts over at Sportsnet, Elliotte Friedman echoed Stauffer’s tweet and suggested that players are starting to take note of what’s going on here.
Advertisement
Ad
Advertisement
Ad

“The Oilers are trying to create cap room. I don’t think Mike Smith is going to play, but that might be long-term injury as opposed to retirement. Don’t yet have clarity on Duncan Keith, but could go either way. Warren Foegele, Zach Kassian, Jesse Puljujarvi and potentially Tyson Barrie could be moved. It’s all about how much room they can clear. I believe the Oilers like Campbell. One player said last week that the Leon Draisaitl/Connor McDavid playoff explosions changed the way people see the organization. Edmonton’s higher on the list of places people think you can win. Evander Kane? Still too early to say, as room has to be cleared before they can get somewhere.”

Regardless of what happens with Evander Kane, I love hearing that Edmonton could finally start being a place that players want to be. For years we heard about how shitty the weather is and how it’s too small of a market for some guys and their families, but I always felt that if the boys could just start winning that the narrative would change, and it looks like that’s what’s starting to happen. If Stauffer and Friedman are indeed right, it will be fun to watch what happens when free agency kicks off on July 13th and whether we’ll see some of the holes in our lineup get filled with guys that we may not have expected to be options in the first place. I know the Oilers don’t have a whole lot of money to spend this summer, but if Holland and co can convince guys that taking a discount to play in Edmonton could be their best chance at winning then we could be in for a good time next fall. Dare to dream? I’m a dreamer.
Advertisement
Ad
Advertisement
Ad

For those asking, still no date set yet for Evander Kane's second grievance hearing with the Sharks. Doubtful it will be heard before free agency opens July 13. So not ideal for anyone involved. Unless both sides decide to explore a settlement.

As far as wrinkles in the Evander Kane saga go, having his grievance hearing go down after the start of free agency has to be one of the more annoying speedbumps to get past, no? It’s clear that the Oilers are interested in bringing Kane back if they can afford it and that he’s interested in being here, but how long is the team supposed to wait before checking things off their jam-packed offseason to-do list? Don’t get me wrong, I’d be very happy to have Kane back if the price is right but I also recognize that there are a lot of other holes that need plugging, and having to wait around too long for a resolution on his NHLPA grievance could mean that they miss out on other guys. To me, that can’t happen. So what’s the right answer? I have no idea. What I do know is that the longer this grievance goes on the fewer teams will be willing to wait around while potential ‘plan Bs’ sign with other clubs.
Advertisement
Ad
Advertisement
Ad

FINALLY, THE BLUE JERSEYS ARE COMING BACK

About time. These are the jerseys we deserve. https://t.co/iu4KQNKUCV

I know Tom Gazzola reported a while back that the Oilers would be going back to their blue and orange jerseys for next season, but now that the team is starting to tease it, I could not be more excited to see these beauties back on the ice. For my money, these are what the Oilers’ jerseys are supposed to look like, and while I didn’t hate the orange ones or anything, I did find it a bit frustrating that they had these beauties just sitting idle and not being used. Thankfully, it looks like the time for my beloved blue and orange jerseys have finally returned and I could not be more excited to see the Oilers rocking what are, in my opinion, the best looking uniforms in the league. I love it.
Advertisement
Ad
Advertisement
Ad

I know this video compilation of Connor McDavid magic has nothing to do with the NHL Draft but who doesn’t have a good time watching Connor McDavid highlight compilations? I mean, the guy is absolute magic on ice and that makes me feel the need to share these highlight packs any time I see them because it’s always worth the time to re-live some of the moments he’s created for us. I know I say this all the time but it bears repeating how lucky we are to have him on our roster, and that’s why I will always make time in my day to watch this unbelievable specimen do his thing. Thanks for a great year, Connor, and I wouldn’t be against you taking it to yet another level in 2022-23 even though that seems impossible right now as I’m typing it.
Advertisement
Ad
Advertisement
Ad

I had a lot of fun on this week’s podcast looking through some of the news I missed while I was on vacation, and I can’t thank all of you enough for playing along with this weird show of mine. Subscribe to Better Lait Than Never for FREE on Spotify, Apple Podcasts, Google Podcasts, and wherever else you get your podcasts from!