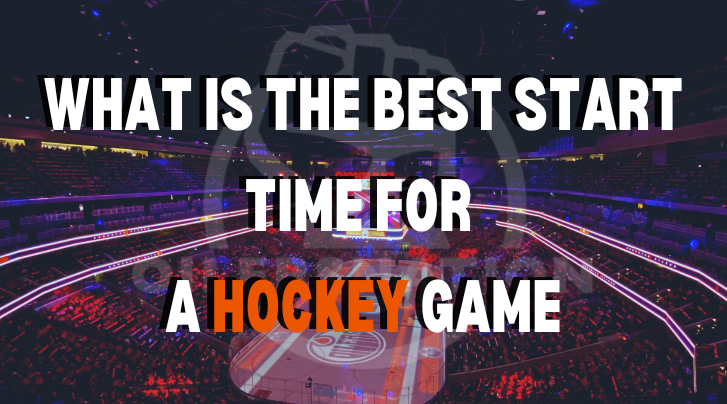 By Woz
2 months ago
Comments
With the Edmonton Oilers set to have a few more matinee starts as the season wears on, it had me wondering. What is the best start time for an Edmonton Oilers game? Some aren’t a fan of early starts like 2 pm or earlier. Some don’t enjoy late starts around 8 pm or 8:30 pm. So where’s the sweet spot? I asked that question around Oilersnation socials and received a couple of interesting responses! Let’s see what you said!

Have mercy on ya boy on the east coast, 8pm (10pm) starts are brutal on any day except Friday and Saturday pic.twitter.com/jtppqOpgUc

Jerry had a couple of different answers here. Now, if you have the luxury of being in the Edmonton time zone, maybe any time between 7 and 8 pm does work! Is 7:30 the sweet spot then? “It’s better to go directly to the game from work, eat in the vicinity, etc, and so now it’s 7pm.” I find that interesting because I, for one, would prefer to go home first before heading to the game but maybe that’s just me. Then again, if you’re smart, you just bring your jersey or whatever you plan on wearing to the game and leave it in your car. 7 pm or 7:30 pm sound like the right time for a hockey.
Advertisement
Ad
Advertisement
Ad

7:30! The real answer is it used to be 8 when people could go home, eat, gather, then go to game. These days with traffic, sprawl, etc it's better to go direct to game from work, eat in vicinity, etc, and so now it's 7pm.

Well, we have good news for you JTShark! The Oilers will be having more start times at 2 pm, especially on Saturdays. Gotta keep our friends overseas in mind as well!

Oof, 5 pm? Not sure about this one Ayden. His reasoning is great, however, you need to take into account traffic. Maybe it’s easier if you’re a student, but if you’re working a 9 to 5 you’ll probably be missing a goal or three. At least if you’re stuck in traffic you’ll have Jack and Bob on the radio to keep you company.

5 PM games are goated. you just finished school/work then get to watch a hockey game still have a lot of time left to play video games and work

More love for our friends on the east coast. We see you, we hear you. However, I also would despise watching a hockey game until 12:30 am. That’s true dedication, especially if you have morning work. What is sleep anyways, right? Oh, and if it’s a playoff game going to triple over time, I’m sorry for you and your heart.
Advertisement
Ad
Advertisement
Ad
Why do we have so many 2 pm games? Wittysmitty74 on Instagram may have found the reason why! The NHL is trying to make the game more accessible to European audiences. As someone who watches a lot of soccer, those Premier League games can be a pain to wake up for, especially if it’s a match that starts at 5 am. So for the European fans, I can sympathize in that regard. Leon Draisaitl may have a bigger influence in Germany than we know and those fans will want to watch him more. And of course who wouldn’t want to watch the best European player in the NHL? So this does make sense. 2pm MST would be 10 pm in Germany whereas an 8pm MST game would be 4 am over there.
Advertisement
Ad
Advertisement
Ad
Many seem to agree that 7pm is the sweet spot. Could this be the consensus? Ends right at a time when you still have a moment to decompress after a disappointing or exhilarating Oilers finish without having to rush to bed. More so better on a weekday, I imagine.

Oh and you thought watching the Oilers from the east coast was bad? How about our friends in Newfoundland where games could be starting as late as 11:30 pm if it’s an 8pm MST start time? Credit to Rocky because I love his response, “It doesn’t matter much because I’m staying up past midnight to watch anyway, gotta cheer on the boys”
What I imagine being an Oilers fan and being a full-blown adult would feel like. The intermission gives you a perfect amount of time to bathe the kids and then put them to bed! The NHL must now start considering the lives of the parents out there who are raising the future generation of Oilersnation.
Advertisement
Ad
Advertisement
Ad
A nice perspective here from Michael. Mentioning how we’re incredibly spoiled to be living in the mountain time zone. Maybe our time zone in general is a sweet spot? The more east you go, the later it gets. Maybe we’re luckier than we think!

Give us your thoughts! What’s the best and worst time for an Oilers game to start? Are you on the east coast and struggling a bit or maybe you enjoy the earlier starts even on Saturdays? But from what it seems, the consensus is 7pm feels right for most Oilers fans and anything earlier than 5pm is a no-go.