Advertisement
Ad
THE CHIARELLI CLONES
By Wanye
6 years ago
Comments 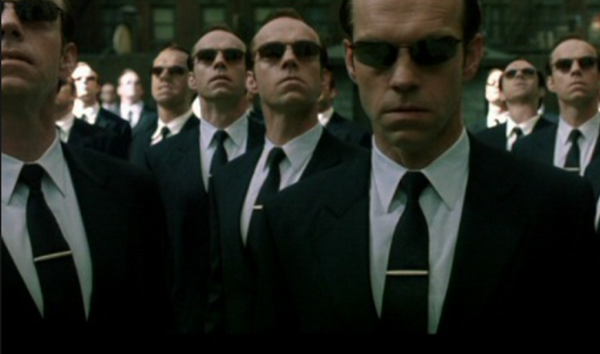 After trade deadline came and went I
found myself with a lot of time on my hands. No massive trades to wrap my brain
around, no giant clean up of my Eberle mechandise collection to box up for all
eternity. No arranging for a fire sale of YakCity
NationGear (side note: Yak City gear on sale here! Make an investment in lasting MemeWear that will
remain relevant for at least 20 more games).
Like any Oilers fan, I started
googling images of GM Peter Chiarelli with my free time instead. For a long time I’ve wondered: what’s
up with this guy? He is a chameleon or something – he looks like 100 different people. Every picture I see, he looks like someone different sporting look changes so drastic he is unrecognizable.
There are a couple of possibilities here, as I see it.
Either Chiarelli has a series of clones acting as body doubles, or “Peter Chiarelli” is
some sort of multiple person collective running the Oilers by committee. Either
way, we are getting to the bottom of this.
Advertisement
Ad
Advertisement
Ad
Behold the Chiarelli clones currently employed by your Edmonton Oilers Hockey Club. 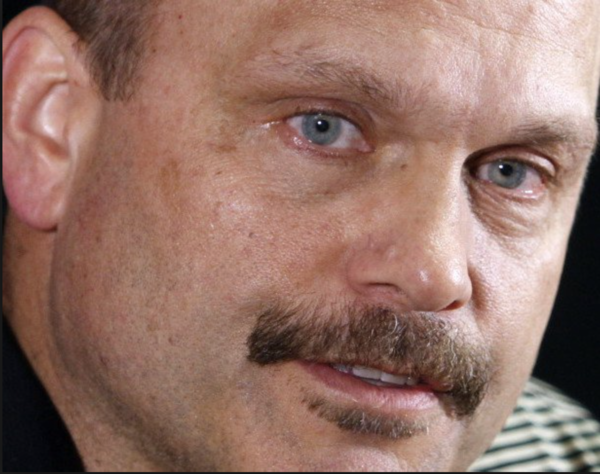 “I have been on these mean streets for over 20 years. I may not be the nicest guy in the squad but dammit, the job gets done. I am going to fix the Oilers by any means necessary and they will respect the badge even if we lose a lot of good men in the process.”
Meet Bad Cop Chiarelli – beat cop from the
inner city. He takes no guff from anyone on either side of the law, especially that stuffed shirt Inspector
Minetti who always gets in the way of his investigations. This guy knows right from wrong, sports a super cool cop moustache and has a penchant for cold black coffee in white styrofoam cups on long nights staking out Oilers games.
Outlook: Duty bound and quick tempered, I like Bad Cop Chiarelli. He doesn’t care if he has to bust heads to win games. He will ultimately take the law into his own hands and get the job done. But he will get riddled with bullets in
his last day on the job, just a week from retirement. Grade: C
Advertisement
Ad
Advertisement
Ad 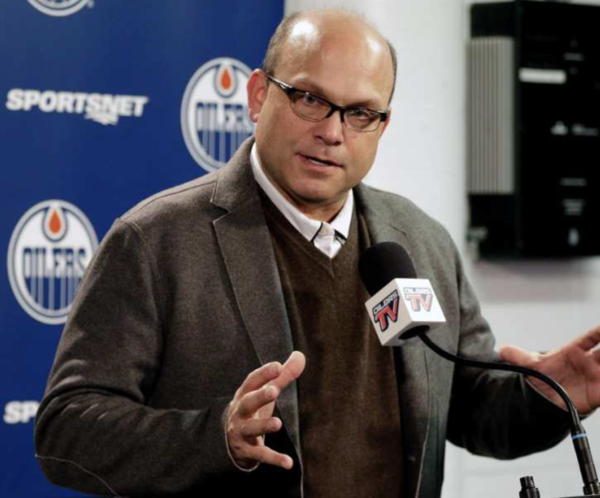 “Using multi point regression analysis I have concluded that the Edmonton Oilers cannot be statistically any worse than they are. There is a highly likely chance that my involvement with the team will lead to an increased win percentage which will correlate to my increased savings for retirement.”
This Chiarelli is an intellectual. He wouldn’t leave you handcuffed to a bench overnight to punish you for an overtime loss like Bad Cop Chiarelli would do at the drop of a hat. He doesn’t believe in “guys who are good in the room” any more than he believes in the Flat Earth Society. He is a thinking man’s GM not prone to emotional outbursts or non data driven decisions. Jonathan Willis sends him quarterly reports so complex only the two of them can understand.
Outlook: I don’t mind Professor Chiarelli running the team. It would be good to have some new brains around these parts – provided he is a man of science who will make calculated decisions to improve the winning. If he is a liberal arts Professor, all is lost. Grade: B
Advertisement
Ad
Advertisement
Ad 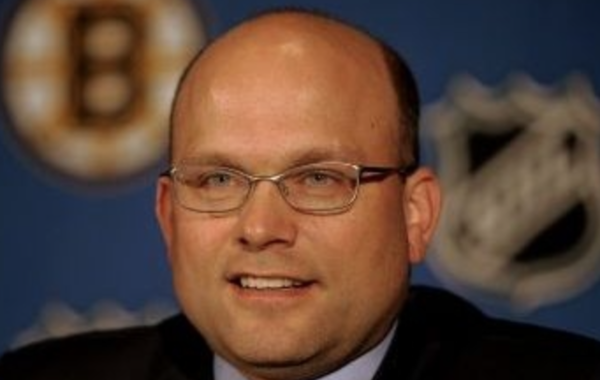 “Long before I arrived at Harvard I
designed a 30 year plan to seize control of the Edmonton Oilers. I made
millions climbing the hockey ladder, investing in thousands of pairs of fashion
eyeglass frames until I decided to have myself fired from the Bruins to take make the next move. Now that I am in control of the Oilers, the final phase of my plan
begins. I believe you will find escape impossible, Mr. Bond.”
Man oh man – look at those glasses and that calculating stare. He
looks like Le Chiffre or something. This is a man 30
steps ahead of everyone, executing a plan so intricate that Intelligence Agencies around the world not only fail to keep up, but they can’t even figure out where he is at any given time.
Evil Genius Chiarelli would intentionally give
Klefbom a blood infection to tank the D and secure a higher draft pick. He
would record and then implant subliminal messages on Schultz’s iPod playlist breaking his
confidence before releasing him into the wild if it suited his plan. He could have sent a subconsciously hypnotized Tambellini as a fifth column agent to
tank the team so expectations were low upon his arrival, for all we know.
Advertisement
Ad
Advertisement
Ad
This Chiarelli will stop at nothing to
get what he wants and presumably has a wicked mansion/office space combo on an island somewhere with a critical flaw in its defences that he will realize all too late.
Outlook: Frankly I trust Evil Genius
Chiarelli more than many of the other Chiarellis. Assuming his master plan has an end game of an Oilers Cup win, we could be in good
hands. If he wants to tank the team for another decade before doing an LBO of the
Oilers from Katz, and needed to take control of the on ice product to ensure the
franchise burns and the value decreases, we are screwed. Grade: A 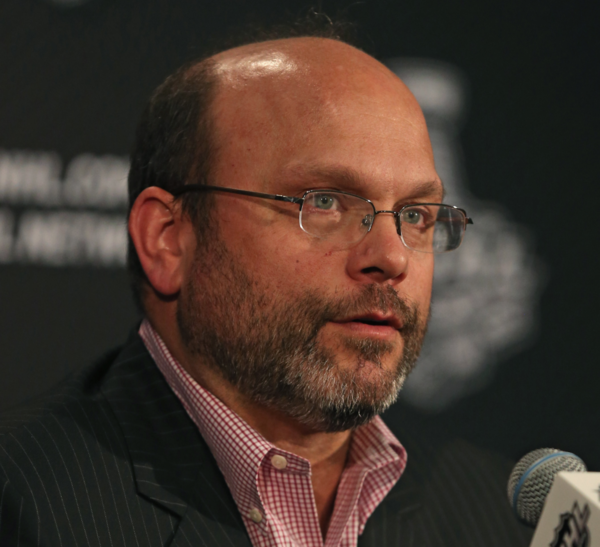 “I met Daryl Katz in a money
counter maintenance seminar at the International Meeting of Billionaires in
2014. He mentioned all the bother his Ice Hockey club was causing him so I
hopped on my plane and figured I’d help him sort things out. It’s only fair, old chap.”
Advertisement
Ad
Advertisement
Ad
This tycoon’s look is part successful gentlemen, part scoundrel. Fine tailored suits, collars that stand on their own, defying gravity in the process. He is an immaculately groomed winner with a cool salt and pepper beard and an early prototype iPhone10 jammed with the phone numbers of famous women he has bedded at will. That phone could also be used to call the other 29 GMs and swing some major deals if he isn’t too busy floating on his yacht stocked with models and champagne.
Outlook: Surprised at how
little “these Ice Hockey fellows take home at the end of the day”,
billionaire Playboy Chiarelli would be overly concerned with lobbying Canadian and US
governments to change the tax code, allowing players to register as Not for Profits, avoiding millions of annual taxes. On ice product would languish during his
tenure as Billionaire Chiarelli leaves for the south of France, outsourcing day to day managment of the team to
an eager contractor “K Lowe & Associates”, who work for
bargain basement pay but see little results. Grade: D
Advertisement
Ad
Advertisement
Ad 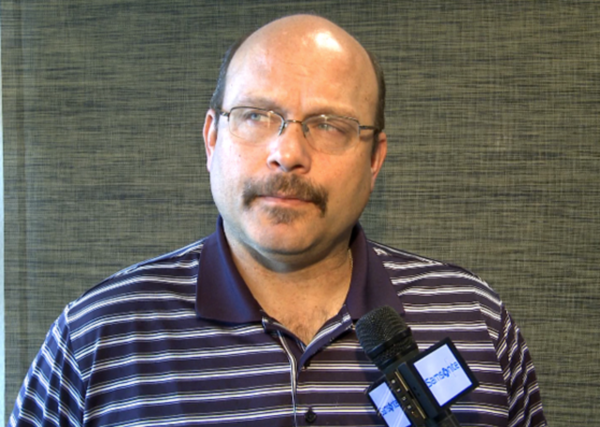 “Look at me! I am father to a
beautiful trio of girls aged 4-9 and I am the proud owner of a Honda Odyssey.
Between trips to cheerleading practice I run an NHL team to pay the bills, but I don’t really go in for all of that sort of fancy stuff. I like warm crocs and a cool glass of iced tea, thank you very much.”
Who the hell is this? This guy isn’t
qualified to use the same highway rest stop bathroom on QEII as Billionaire
Chiarelli. He would stare over enviously at a red light as billionaire
Chiarelli speeds off in a matte black Lambo with a Victorias Secret model riding
shotgun. Suburban Dad Chiarelli meanwhile while putters off in the Oddyssey, killing time until his girls are done at piano
lessons.
Outlook: Suburban Dad is a dangerous GM
of the Oilers. He is just happy to be out of the house and has an eye on 3:15 the
entire workday, ready to drop it all and pick up the girls. Suburban Dad Chiarelli won’t do a
blockbuster anything. If you see him heading into work stop this man
immediately and point him in the direction of a Tim Hortons. Grade: F
Advertisement
Ad
Advertisement
Ad 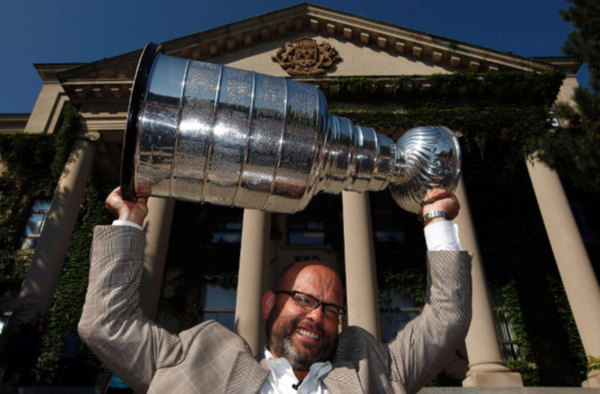 I defy you to look at all the pictures of the Chiarellis above and tell me they are the same person. There is no way that one man can have that many permutations and combinations of his look. I’ll tell you one thing – from here on out I will look at what Chiarelli has shown up for work on a given day before I try and guess whats in his brain.
It’s anyone’s ball game this summer as the Chiarellis rebuild the team. Personally, I am cheering for Evil Genius Chiarelli no matter what he has in store. He will lead to the best Chiarelli clone of all: Stanley Cup Chiarelli.