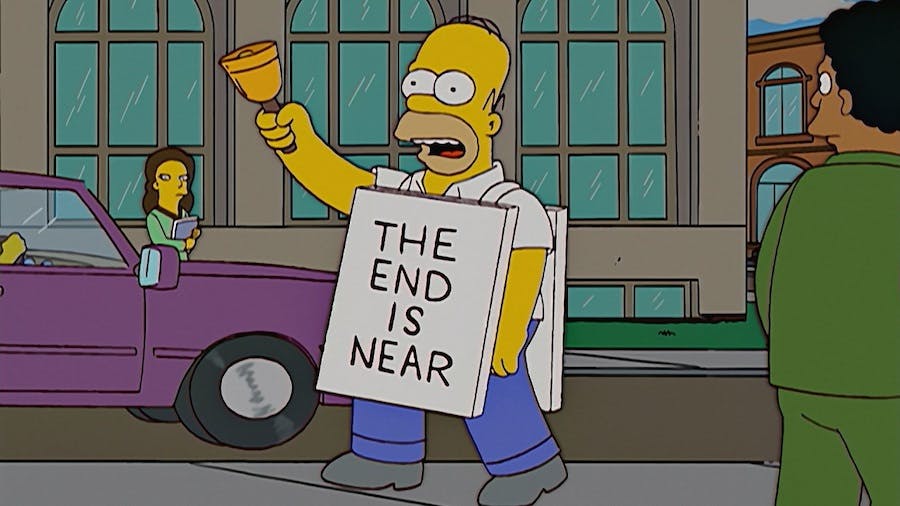 By Dustin Nielson
3 years ago
Comments
When it comes to the Oilers GM gig, I think we are now in the Endgame, or at least it seems that way. It started with a tweet from TSN’s Ryan Rishaug on Friday.

The process continues for Nicholson, the list is down to 3 or 4 at this point. Hunter and McCrimmon likely still in the mix, as is Sean Burke. Burke is an interesting option, known to be extremely well prepared and very thorough. Dark horse candidate we don’t hear a lot about.

Kelly McCrimmon and Mark Hunter are names that we expected to see among the finalists. Sean Burke was a little bit of a surprise.

I had a chance to be around Burke at the Spengler Cup in Davos. I was calling the tournament and Burke was Co-GM alongside Ron Francis. From a media perspective, he was great to work with and from a hockey perspective, you could tell his knowledge of the game was well above average.
Former Oilers TV reporter and the extremely good looking, Tom Gazolla said on the Nielson Show round table today that Burke was in Bakersfield to watch the Condors during the AHL playoffs.
When you hear about Burke’s experience with Hockey Canada, it’s easy to just assume he has a great connection with Nicholson but that’s not really the case. The majority of Burke’s Hockey Canada’s resume was built after Nicholson left for the Oilers.
Advertisement
Ad
Advertisement
Ad
The one area where Burke may have an advantage over the McCrimmon and Hunter would be the different type of experience he has accumulated over the past 11 years.
He started as the Director of Player Development in Phoenix before also taking on the role of goaltending coach. He continued as goaltending coach while also becoming the Assistant General Manager of the Coyotes. Since leaving the Coyotes in 2016 Burke has been a western scout for the Habs while also juggling multiple responsibilities with Hockey Canada.
Burke has put together Canadian squads for the Spengler Cup, World Championships and the Olympic games.
If he doesn’t end up with this job in Edmonton, and I’d still guess he won’t, he will most certainly be in the mix for other managerial openings in the future.
Advertisement
Ad
Advertisement
Ad

HOW MANY IN THE MIX?

Rishaug had mentioned that Nicholson’s list was down to three or four candidates.
Monday morning on the smash hit Nielson Show, TSN Insider Bob McKenzie told me that McCrimmon, Hunter, Burke and another name or two are still in the mix while others have been told they are out of the running.
I still believe Keith Gretzky is one of the candidates who has been told they are out of the running. Could Pat Verbeek still be in the mix and what about Ken Holland?

HOLLAND STILL IN IT?

Just last week, Ken Holland was moved into a new role within the Red Wings and at the time I think most of us thought that would take him out of the running for a job with the Oilers.
Then on Monday morning, the former voice of the Riders Rod Pederson tweeted this:
Advertisement
Ad
Advertisement
Ad

The next GM of the Edmonton Oilers will be Ken Holland.

Why should we care what the former voice of the Riders has to say about the next GM of the Oilers? I think it’s important to point out that nobody in Saskatchewan is more connected to the sports scene than Pederson and for that reason, I’ll put a little bit of stock into what Rod has to say.
I was told that Ken Holland wanted to stay in Detroit or possibly go to Seattle and that Edmonton wasn’t really on his radar due to the amount of work it will take to get the Oilers back on track.
Rishaug followed up on the Pederson report late Monday afternoon:

Ken Holland is not an option for the Oilers at this point and no permission has been sought from Det. to speak with him. No change from @DarrenDreger report last week, Holland is not on the short list of candidates for the job as of now.

BELIEVE WHAT YOU WANT

A source within the Oilers organization has mentioned to me that certain members of the front office have been directed to keep the GM search very close to the chest.
Advertisement
Ad
Advertisement
Ad
It’s also been suggested to me that front office staff may even be misleading some insiders to keep people out of the loop on what’s actually happening as they search for the next GM. I’m not an insider so it doesn’t matter to me who’s telling who what but I would just advise everyone to take everything with a grain of salt right now.