Advertisement
Ad
The goaltending market is shrinking for the Edmonton Oilers 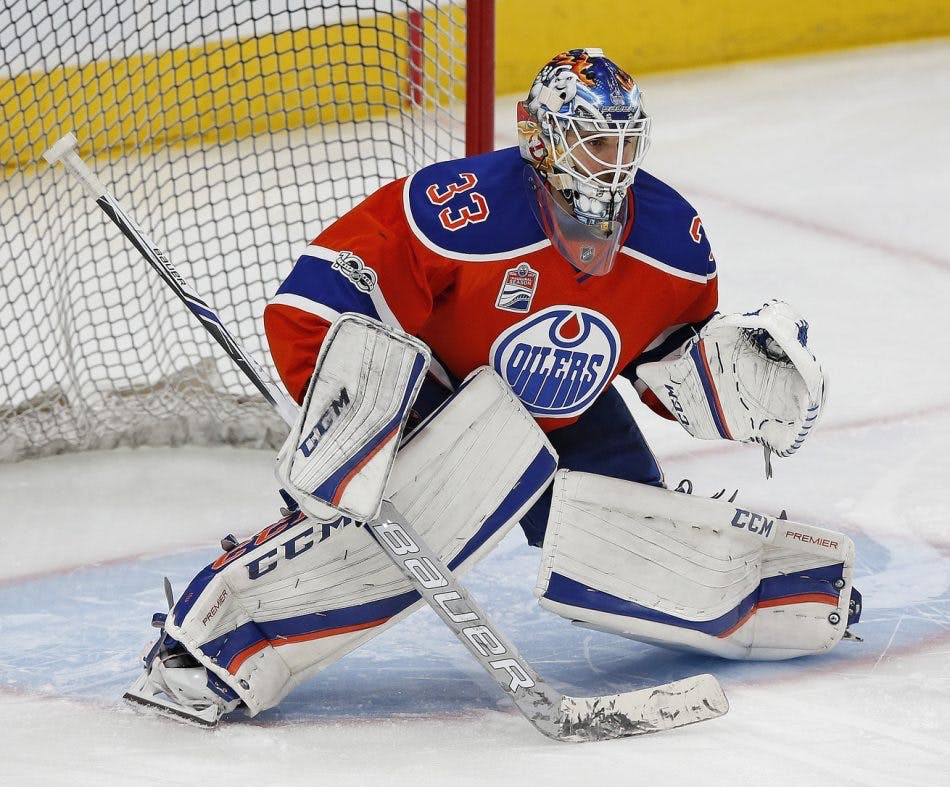 Photo credit: Perry Nelson/USA TODAY Sports
By Zach Laing
4 months ago
Comments
If Ken Holland wants to improve the Edmonton Oilers goaltending — something we all know he needs, and wants to — he’s going to need to make a move sooner, rather than later.
Two trades broke Friday morning at the NHL draft: pending UFA goaltender Ville Husso’s rights got traded to the Detroit Red Wings, who subsequently signed him to a three-year, $4.85-m AAV deal. Then, the New Jersey Devils traded picks 37 and 70 to the Washington Capitals for Vitek Vanecek.
NHL insider Kevin Weekes reported Thursday night the Oilers have expressed interest in Habs goaltender, but The Fourth Period’s David Pagnotta reported Friday “it would take a hefty price to get him.”
Meanwhile, Daily Faceoff’s Frank Seravalli reported Joe Sakic and the Colorado Avalanche are making Darcy Kuemper’s rights available in a trade for what could be a late-round pick.
Advertisement
Ad
Advertisement
Ad

Joe Sakic let all 32 GMs know he’s ready and willing to move Darcy Kuemper’s rights for a late-round pick. Wouldn’t be shocked if that materializes given the scarcity on the goaltending market.

So, the market is shrinking, and fast. For the Oilers, the most likely targets are Jack Campbell, and the aforementioned Kuemper. It’s known the Toronto Maple Leafs are in need of goaltending, as are the Oilers, and the two Canadian teams could really set the market here.
I’m not sure what the best route is going to be here, but whatever the Oilers feel it might be, there’s a good chance they’re going to be forced into doing something soon. For me, Husso was my top target. He’s young, and while inexperienced, has been compared to Cam Talbot when the Oilers acquired him years ago.
Advertisement
Ad
Advertisement
Ad
A wildcard option could be the Oilers re-acquiring Talbot. It’s a move our own Tyler Yaremchuk has been advocating for, and this came down as I wrote this piece:

Cam Talbot's agent George Bazos met with Wild GM Bill Guerin during the third round here.
“We both stated our positions,'' Bazos said via text message. “Billy has a lot to think about.''
👀

Things could get interesting, folks.
Zach Laing is the Nation Network’s news director and senior columnist. He can be followed on Twitter at @zjlaing, or reached by email at [email protected]

NATION VACATION presented by PointsBet Canada. Come hang out with us on the 1st ever Nation Summer Vacation to Toronto! For only $1399 + tax, you’ll get everything included in the graphic and memories that will last a lifetime. Get your tickets here.
Advertisement
Ad
Advertisement
Ad