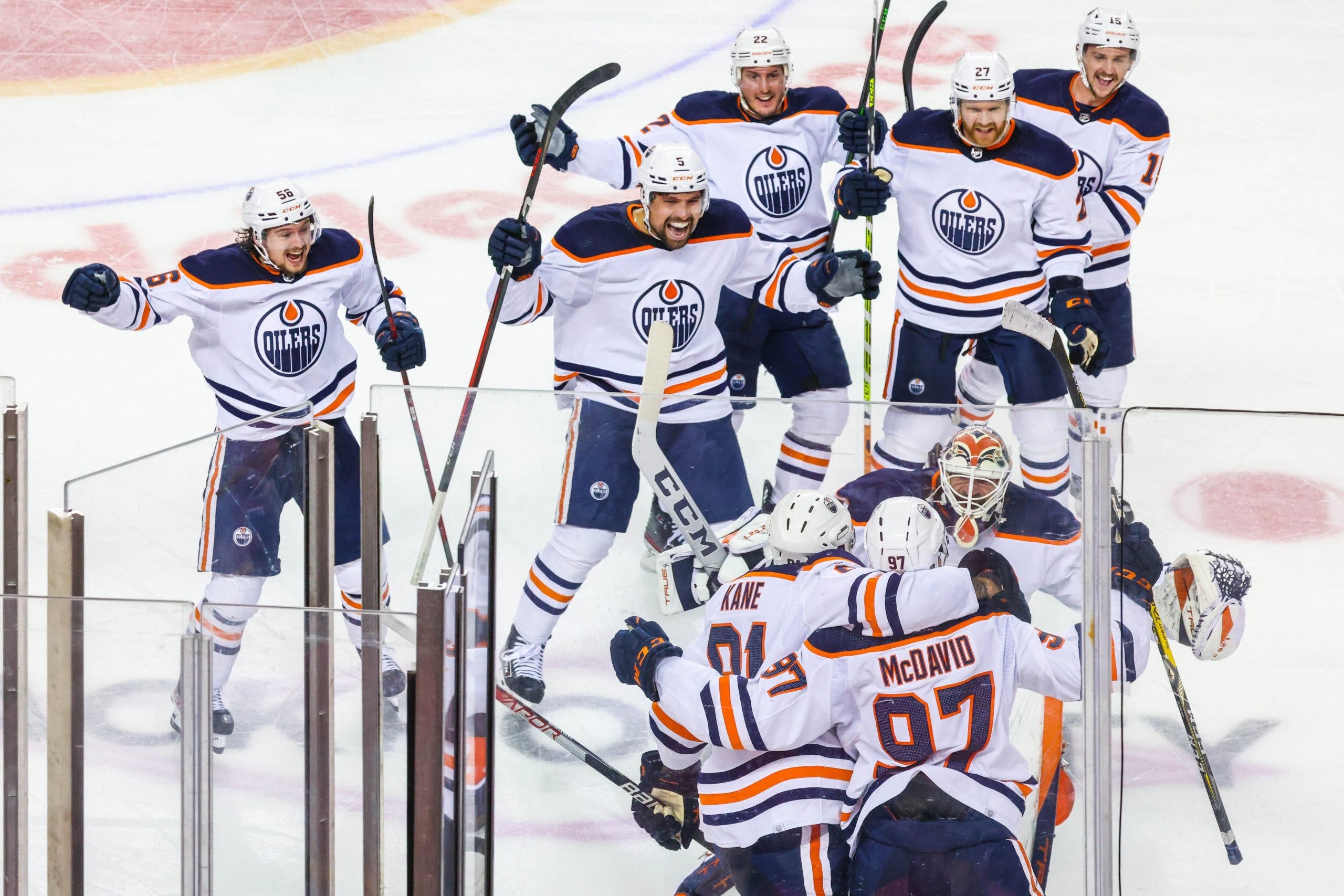 By Robin Brownlee
3 months ago
When Edmonton Oilers coach Jay Woodcroft says he feels he’s right where he’s supposed to be and ready to roll, as he told reporters Tuesday, I believe him. Not based only on what he says, but on where he’s been and how he got here for the Oilers 2022-23 season-opener against the Vancouver Canucks tonight.
Last season, Woodcroft took over from Dave Tippett after 44 games and led the Oilers all the way to the Western Conference final. That, after three seasons as Ken Holland’s video coach in Detroit, seven seasons in San Jose as an assistant coach with the Sharks, three seasons as an assistant with the Oilers and parts of four seasons running the bench with AHL Bakersfield.
Woodcroft, 46, opened a lot of eyes in his first go at being an NHL bench boss with his even-handed approach after parachuting in for Tippett in a situation that could’ve been overwhelming. Instead, we saw the Oilers go 26-9-3 and we played La Bamba Baby in playoff series wins over Los Angeles and Calgary before getting swept 4-0 by the Colorado Avalanche, who went on to hoist the Stanley Cup
What the Oilers faithful, those who stuck around through some really lean years, want now after a too-rare short summer is an encore at the very least. I’m guessing Woodcroft feels the same way, but he’d rather just go out and do it than talk about it. This is his team now, and we’ll see how that plays out, starting when the puck drops at Rogers Place tonight. 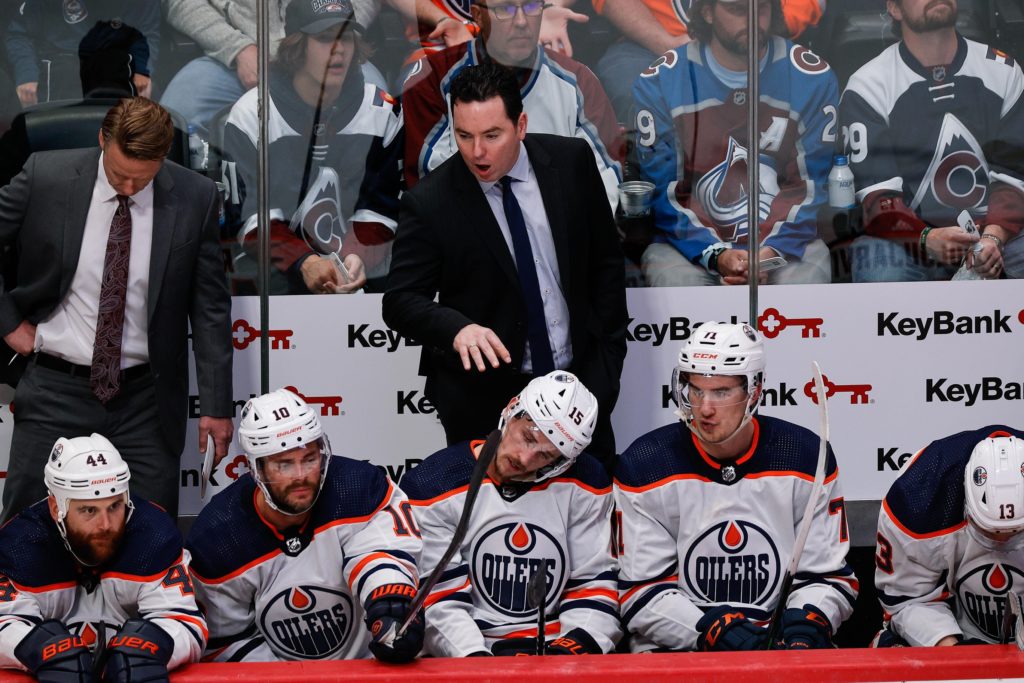 May 31, 2022; Denver, Colorado, USA; Edmonton Oilers head coach Jay Woodcroft talks with his players in the second period against the Colorado Avalanche in game one of the Western Conference Final of the 2022 Stanley Cup Playoffs at Ball Arena. Mandatory Credit: Isaiah J. Downing-USA TODAY Sports
“I feel like I’m in the spot I’m supposed to be in,” said Woodcroft, who brought Dave Manson with him when he got the call last February. “I’m pleased with the amount of work we put in during the pre-season. Now, it’s about opening the gate and letting the players go.
“From a team side of things, those eight games that we played in the pre-season allowed us as a coaching staff to monitor where the team game was at, how some of the things that we wanted to be implemented were looking in live-fire game action against another team.”
For all their swings in performance last season – including a 9-1-0 start and a 16-5-0 record before they lost six straight under Tippett – the Oilers went 49-27-6 for 104 points. We know what we’re going to get from Connor McDavid and Leon Draisaitl, but what can we expect from this edition of the team with Woodcroft settled in, with a full season of Evander Kane and changes in goal?
Zach Hyman introduced himself last season and produced career highs right across the board. What can we reasonably expect from rookie Dylan Holloway? Mike Smith and Mikko Koskinen are gone. Jack Campbell and Stuart Skinner have the goal crease. If Campbell and Skinner prove to be an upgrade, how much better can this edition of the Oilers be?
“It’s been a great camp,” Campbell said. “I think we’ve worked on a lot of great things and I’m just excited to go out there with the guys and compete for real in the regular season. We’re ready to get it going.” More of the same from McDavid. “Really excited to get going,” he said. “We had a good camp. I think the team feels good. Personally, I feel good about my game.”

Not to alarm the “pump the brakes” types, but I think this edition of the Oilers has a chance to accomplish more than the 2021-22 team did. We know the Oilers can score enough to win, but they’ll have to be better defensively and in their own end than they have been – that’s no secret. That’s the foundation for every legit Stanley Cup contender, no?
With a full season under Woodcroft, who clearly has buy-in from his players, the lessons learned along the way down the stretch and in the 2022 playoffs, a bump in the paint from Campbell and Skinner and more of the same from Hyman and Kane, a Pacific Division title and a do-over with Colorado in the Western Conference final isn’t too much to expect.
For me, that’s the bar.
Editorials
Featured
Oilers Talk
Recent articles from Robin Brownlee