Advertisement
Ad
GDB +16.0 Wrap Up: Oilers cough up two separate two-goal leads, fall 6-5 in OT and the Avs move on 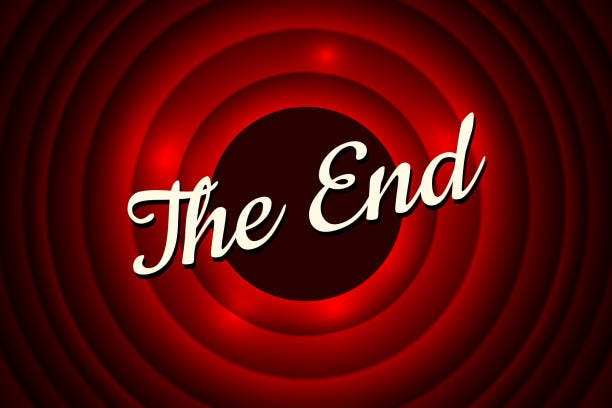 Photo credit: Getty Images/iStockphoto
By baggedmilk
7 months ago
Comments
Not the result we wanted but that was a hell of a season.  Final Score: 6-5 Avalanche in OT
The reality of the situation when you’re down by three games in a playoff series is that you’re probably not going to be hanging around for much longer. As we’ve all heard countless times today, only four teams have ever come back from a 3-0 hole but that wasn’t going to stop me from cheering for a win anyway. Be damned what the odds say, I wanted to see a win in Game 4 to extend the series regardless of how many more days it got us. So when the Oilers gave up a power play goal on the back of a lazy slashing penalty by Kassian, I’ll be the first to admit that my hope candle started to flicker a little. That’s not to say that the Oilers were playing poorly as a whole — I mean, the power play was a real problem but that’s a whole other conversation — but that fact that they couldn’t get anything past Francouz again had that one-goal lead looking bigger than it was. I find that Edmonton can’t seem to relax until they’ve scored at least a goal, so to go through another period in an elimination game without one was a real concern.
Advertisement
Ad
Advertisement
Ad
Heading into the second period, the Oilers needed to crank up their urgency by about 50 notches because they did not look like they were playing in an elimination game. They looked more like they were playing in a random Tuesday night game against Columbus in November — it wasn’t good. Yet, even though they were down by a goal and desperately needed to make something happen, the boys nearly made it to the midway point of the second before even registering a shot on goal. Thankfully, the lack of offence didn’t burn them or put them even further behind because it wasn’t long later after I had written that last sentence that Zach Hyman came up clutch with a nifty backhander to beat Francouz after Draisaitl put him in all alone. And almost exactly as I mentioned earlier, the Oilers seemed to settle down quite a bit after that first goal went in and it allowed them to keep pushing forward until they were eventually able to pop two quick ones past Francouz in the dying moments of the frame. All of a sudden, the Oilers went from trailing by a goal to up by a pair in the blink of an eye.
Advertisement
Ad
Advertisement
Ad
Up by a pair with 20 minutes to play, the Oilers were in a solid spot if they could only keep the pedal to the floor rather than falling back into some kind of zone defence to try and protect the lead. It just makes good sense to keep attacking and not allow your opponent to spend any time in your end, ya know? So when the Avalanche halved the lead only 31 seconds into the period, my heart skipped a beat as I couldn’t have imagined a worse start to the most important period of the season. The good news is that Zach Hyman was able to get it back in a hurry to restore the two-goal lead and our faith in an extended series. Once again, I thought we were in good shape. That’s when the bright sides ended, however, as the Oilers imploded to the tune of three straight goals against that were a result of stoppable shots going in and horrific decisions with the puck coming back to haunt them. Frankly, I thought this game was over. Then, with just under four minutes to play, Zack Kassian tied the game once again after finding a loose puck in the crease and knocking it over the line a fraction of a second before the Avs defender was able to clear.
Advertisement
Ad
Advertisement
Ad
Once the game got to overtime, I was having a hard time keeping my nerves together as I felt like this game was going to end on a weird one but I didn’t necessarily expect it to happen so quickly. Before the Oilers really even had a chance to get anything going offensively, the Avs got the winner on a deflected puck by Arturri Lehkonen that kicked out off of Smith’s pads and right to his stick. At the end of the day, the Oilers had two separate two-goal leads in the third period but couldn’t keep the Avalanche from pulling their way back into the game, and it was that lack of polish when they needed it most that proved to be the difference. Regardless of the result or the shit we’ll take because of it, I’m incredibly proud of this hockey team and want to say a quick thank you to all of you for making this such a fun season. We had ups and downs and twists like we could never imagine, and it wouldn’t have been nearly as awesome had we not done it together.
Advertisement
Ad
Advertisement
Ad
The wrap.

TBH, they were probably shocked they got 2 PPs in one period

Dylan Holloway has played in the conference final before Auston Matthews or Johnny Gaudreau.

Draisaitl has more points in this game than he has working limbs.