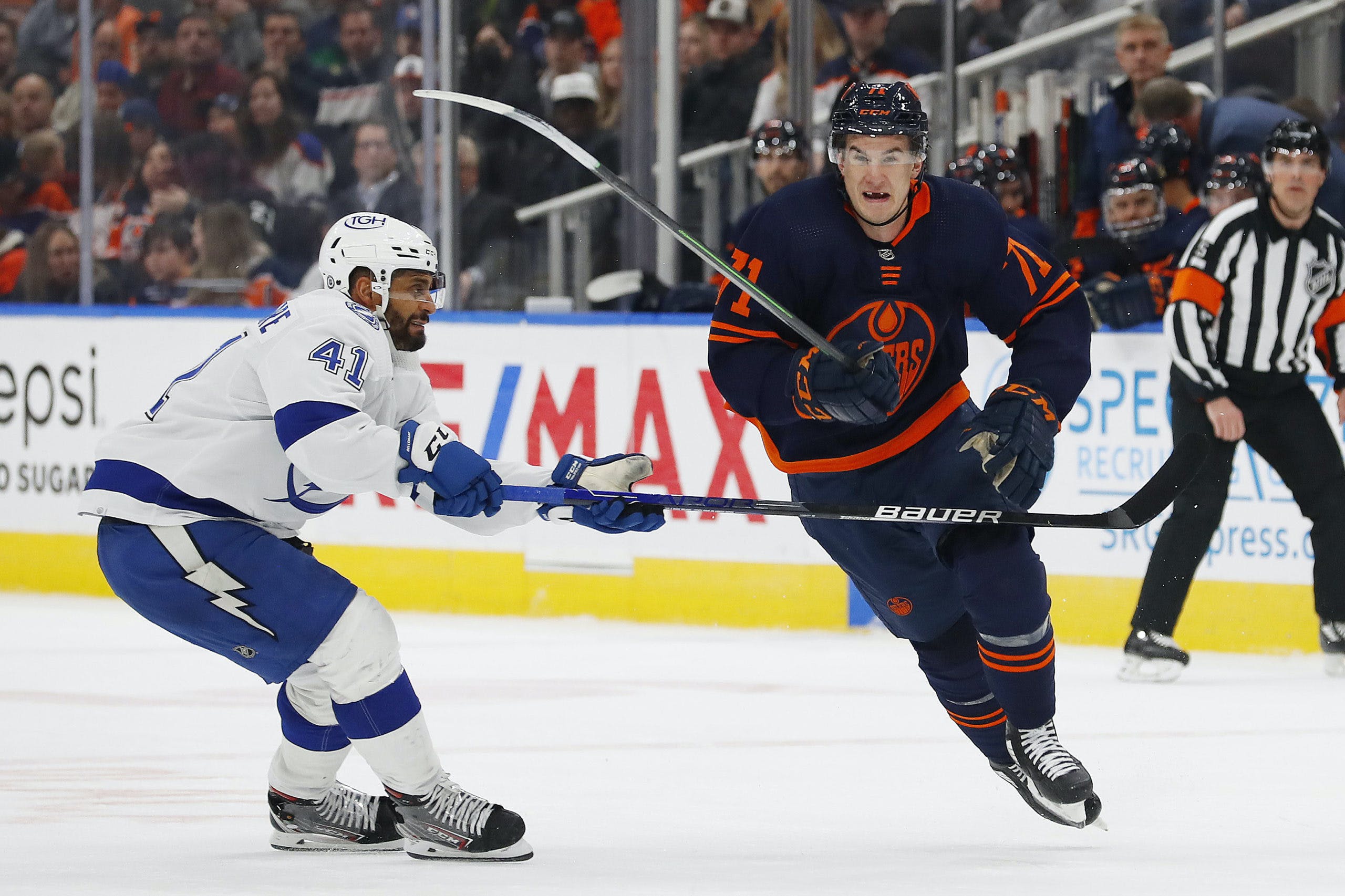 By Zach Laing
8 months ago
So good you got to write about it twice.
I dove into the nuts and bolts of the game in this morning’s The Day After, but I’ll be the first to admit I was dead tired writing it after midnight.
So, this morning, I wanted to dive into a few other small, but significant storylines that came out of last night’s game.

Not that I expected very much out of him last night, but there wasn’t a whole lot to his game. He was -1 and got a little too aggressive on the puck carrier, Corey Perry, on the Zach Bogosian goal. Would’ve liked him to stay in his spot instead of pinching in where three Oilers defenders already were.
With him on the ice at 5×5, the Oilers controlled 40 percent of the shot attempts and an abysmal 26.15 percent of the expected goal share.
He is a redundancy in the Oilers bottom-six and they should be looking to move him for an asset at the trade deadline.

His game has rounded out very well as of late. With him on the ice at 5×5 this year, the Oilers control 54.92 percent of the shot attempts, 52.78 percent of the goals scored and 50.7 percent of the expected goal share.
On top of those good numbers, he’s earned the trust of the coaching staff.
“I think Ryan, his confidence level is growing every day. He has figured out he belongs in this league, that he can not just play in this league, but he can be a good player in this league,” said head coach Jay Woodcroft after the game last night. “I think that confidence comes through his preparation, his work in practice and some of the reps he’s getting in the top-six over the last three weeks.
“I’ve used him on the penalty kill, I’ve used him on the powerplay. I feel very good when Ryan McLeod is on the ice.”
What a player he is quickly turning into.

For Zack Kassian to be on the top of his game, he needs to play every game like last night. He looked engaged from the get-go laying some big hits in the first period.
He continues to be a big guy with good hands, but struggles to put it all together on a regular basis. When guys like Ryan Nugent-Hopkins and Jesse Puljujarvi return to the Oilers’ top-six, I wonder if we see a third line of McLeod, Nugent-Hopkins and Kassian. Some size, some speed, some skill. They could be an effective trio.

Quietly, Yamamoto has been beginning to put together some games. He’s now up to 23 points in 58 games this year and has a career-high 13 goals this season. He’s just four points off his career-high in points, too — a mark he should hit soon.
A consistent knock (and I’m guilty for this too) this year has been his supposed fear of shooting the puck. He seems to often pass up good opportunities to do so.
Despite that, he’s still taking 5.05 shots per hour in all situations which is right in line with his career average.
Zach Laing is the Nation Network’s news director and senior columnist. He can be followed on Twitter at @zjlaing, or reached by email at zach@oilersnation.com.
Nation Takes
News
Oilers Talk
Recent articles from Zach Laing