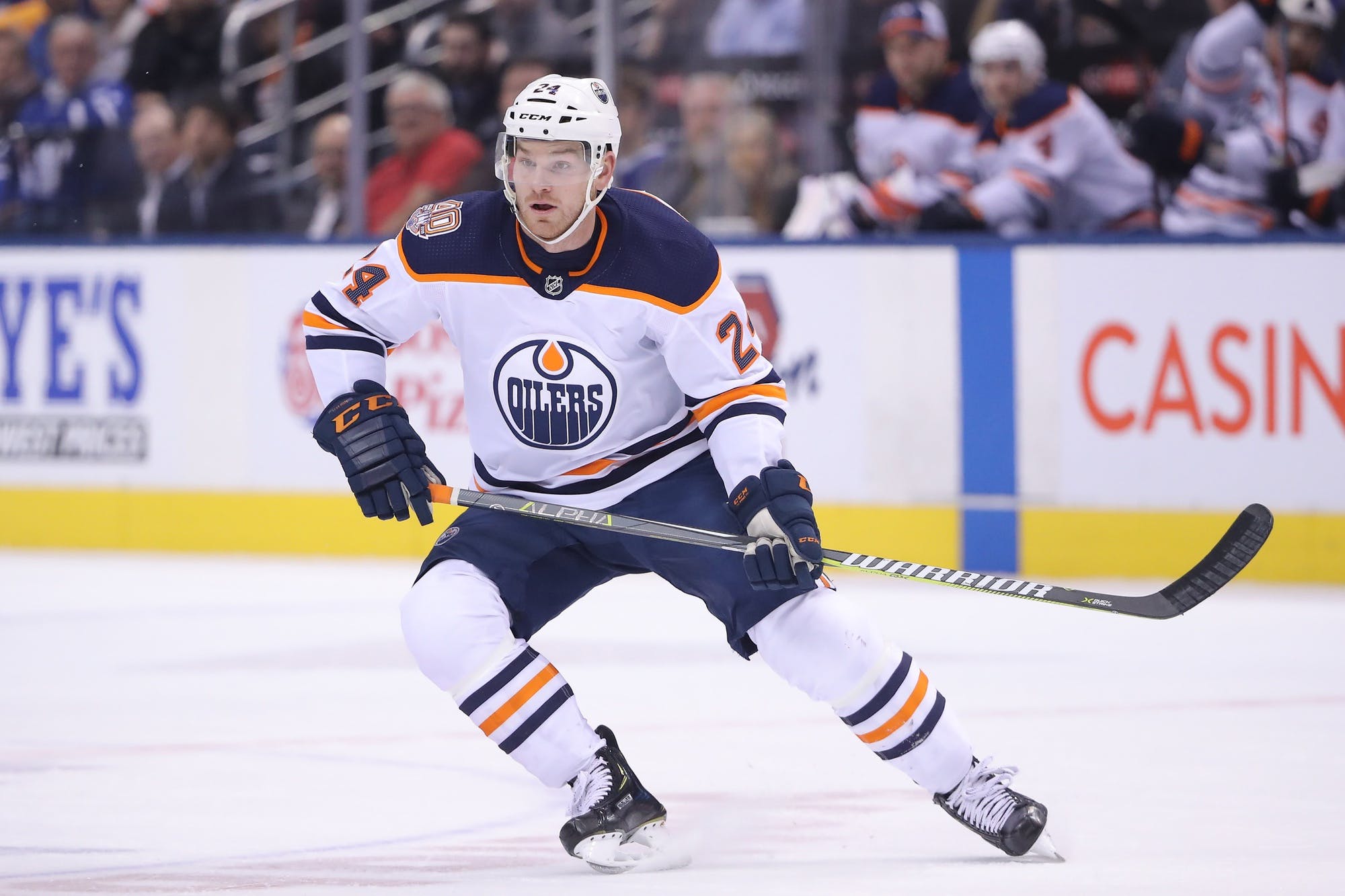 By Robin Brownlee
8 months ago
It’s no surprise that Edmonton Oilers’ coach Jay Woodcroft was obviously very happy for Brad Malone after the journeyman forward scored a goal and added an assist in Wednesday’s  4-3 overtime win over the Washington Capitals at Rogers Place.
Malone, 32, has travelled the proverbial long road between the minors and NHL since being drafted back in 2007. Woodcroft has been around for much of that journey over the last five years with all the time they’ve spent together in Bakersfield of the AHL and here in Edmonton since the 2018-19 season.
Malone’s goal to put the Oilers up 3-2 in the third period was his first in the NHL since Dec. 3, 2015 when he was with the Carolina Hurricanes. Drafted 105th overall by Colorado, last night’s outing with the Oilers was just his 203rd NHL game (27 with Edmonton) since draft day. Malone played 161 games in four seasons with the University of North Dakota and 445 more in the minors in the same span.
For those keeping track, Malone went 2,288 days between NHL goals. Of course, playing hockey for a living at any professional level is a pretty good gig and Malone has made a name for himself as a good pro, but there’s nothing like doing it in the NHL out on the ice and on pay day. Simply put, he’s a terrific story.

The game is dotted with players like Malone, guys who do long work for short pay and help bring prospects along in the minors. Now and then the phone rings and you get what we got last night. With the Oilers, players like Dom Pittis and Scott Ferguson, to name two, come to mind for me. Big picture, Malone likely won’t play a big part in any playoff push by the Oilers, but coaches love having players like him around.
“Well, I’m happy for him, I’m happy for our team,” Woodcroft said. “I have a comfort level with Brad Malone. I think he plays the game hard. I think he navigates his way around the rink in the right fashion. I think he’s gotten better as a player over the last three years, I’ve seen it up close. He’s risen to the occasion in many big moments and that’s what leads to that comfort level — those shared circumstances we have.
“If I was going to give him any critique tonight it was his 0-for-3 in the faceoff circle . . . he has underrated skill. I think most of his goals would be of the blue-collar variety, but he’s scored some nice ones over the years. I’m happy to see him get it for us. It was an important goal for our team.”
For as long as it lasts, until the Oilers get some bodies back up front, Malone will stay ready and do what he does. That’s the gig. “He’s a guy that you want to cheer for. We like having him around. The game speaks for itself. He works hard, plays physical, does everything right. It was great to see him get rewarded,” said Connor McDavid.
“We had a little team meeting after Woody got called up in Bakersfield,” Malone said. “I just said ‘this is an opportunity that every guy in the American league wants.’ To have a guy that’s seen you every day when the cameras aren’t on whether it’s in practice, or on the bus, or however you want to say it.
“He has a really good understanding of who we all are down there and our guys should be excited about that opportunity here. He’s been through all the test runs with us down in the American League. He’s got a good understanding of each individual and what they can bring to the table.”