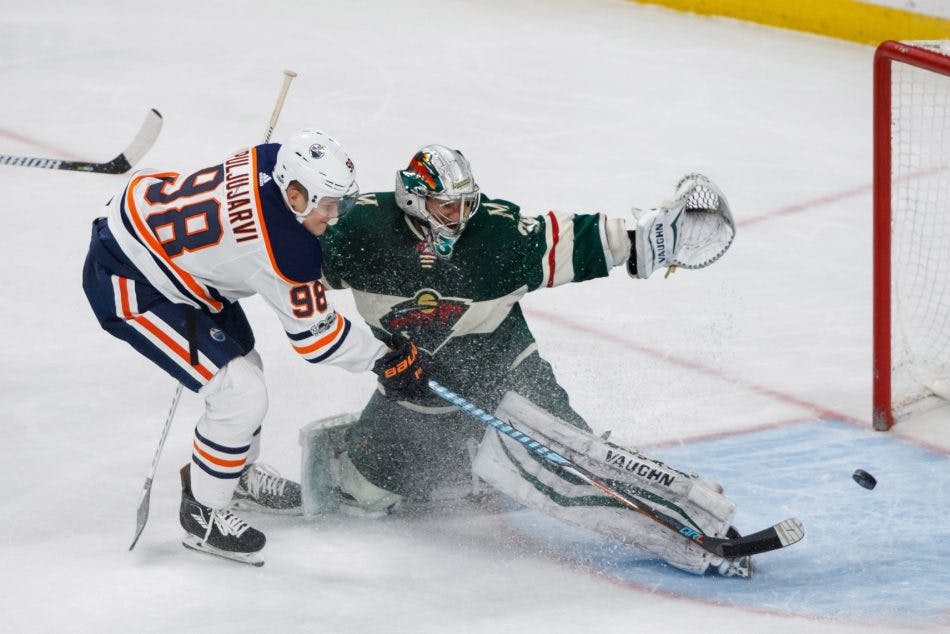 By Cam Lewis
1 year ago
Here’s some scary news from Ken Holland’s press conference on Wednesday morning.
The Oilers expect that goaltender Alex Stalock will miss the entirety of the 2021-22 campaign due to a heart condition that he developed after contracting COVID-19 prior to the 2021 season.
As Holland said, Stalock contracted COVID-19 before the 56-game 2021 season. When he was medically cleared, he crossed the Canada-U.S. border, did a two-week quarantine, joined the Oilers in Edmonton, and spent the entirety of the season on the team’s Taxi Squad.
Back in March, Stalock spoke with The Athletic’s Michael Russo about his experience with COVID-19…

In simple terms, myocarditis is a disease that causes inflammation of the heart muscle. This inflammation enlarges and weakens the heart, creates scar tissue, and forces it to work harder to circulate blood and oxygen throughout the body.
While we often associate cardiovascular conditions with elderly populations, myocarditis can affect anyone, including young adults, children and infants. In fact, it most often affects otherwise healthy, young, athletic types with the high-risk population being those of ages from puberty through their early 30’s, affecting males twice as often as females. Myocarditis is the 3rd leading cause of Sudden Death in children and young adults.

There’s no timetable for Stalock’s return at this point and we wish him all the best in his recovery and hope that he’s able to resume playing professional hockey.
News
Team News
Recent articles from Cam Lewis