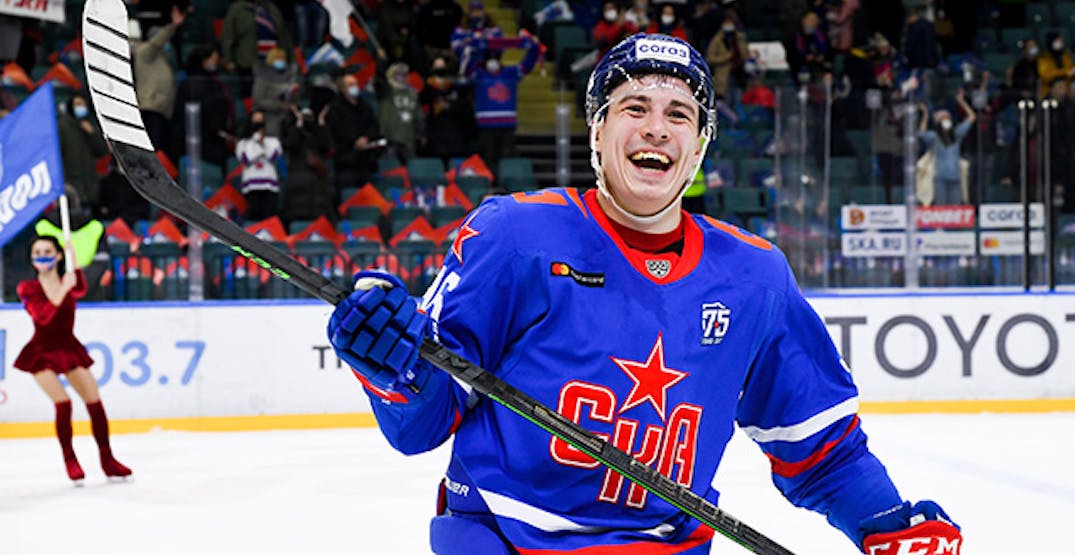 By Cam Lewis
9 months ago
It looks like the Edmonton Oilers might be dipping into the KHL free-agent market.
Mikhail Zislis, a journalist for Sport Express in Russia, tweeted that Andrei Kuzmenko of SKA St. Petersburg is looking to sign with an NHL club and that the Oilers are the team he’s leaning towards.
It’s difficult to say if the report is accurate, but Sport Express is a major outlet when it comes to hockey in eastern Europe, as it’s the highest-selling sports newspaper in Russia.
Kuzmenko is a right-handed winger who plays the left side. He just turned 26 years old in February and is coming off of the best season of his KHL career, as he scored 20 goals and 53 points over 45 games for St. Petersburg. He led his team in points and finished second in league scoring behind only Vadim Shipachyov.
St. Petersburg was just knocked out of the KHL playoffs in the Conference Finals by CSKA Moscow. Kuzmenko’s lasts until the end of April and then he’s free to sign with an NHL team.
Adding an inexpensive free agent from the KHL would be a worthwhile risk for the Oilers, as the team’s salary cap situation is going to be a bit of a challenge next season. Darnell Nurse’s new contract kicks in and Kailer Yamamoto, Jesse Puljujarvi, Ryan McLeod, Evander Kane, and Brett Kulak are in need of new contracts.
News
Recent articles from Cam Lewis