Around the West: The Vegas Golden Knights are back in the win column 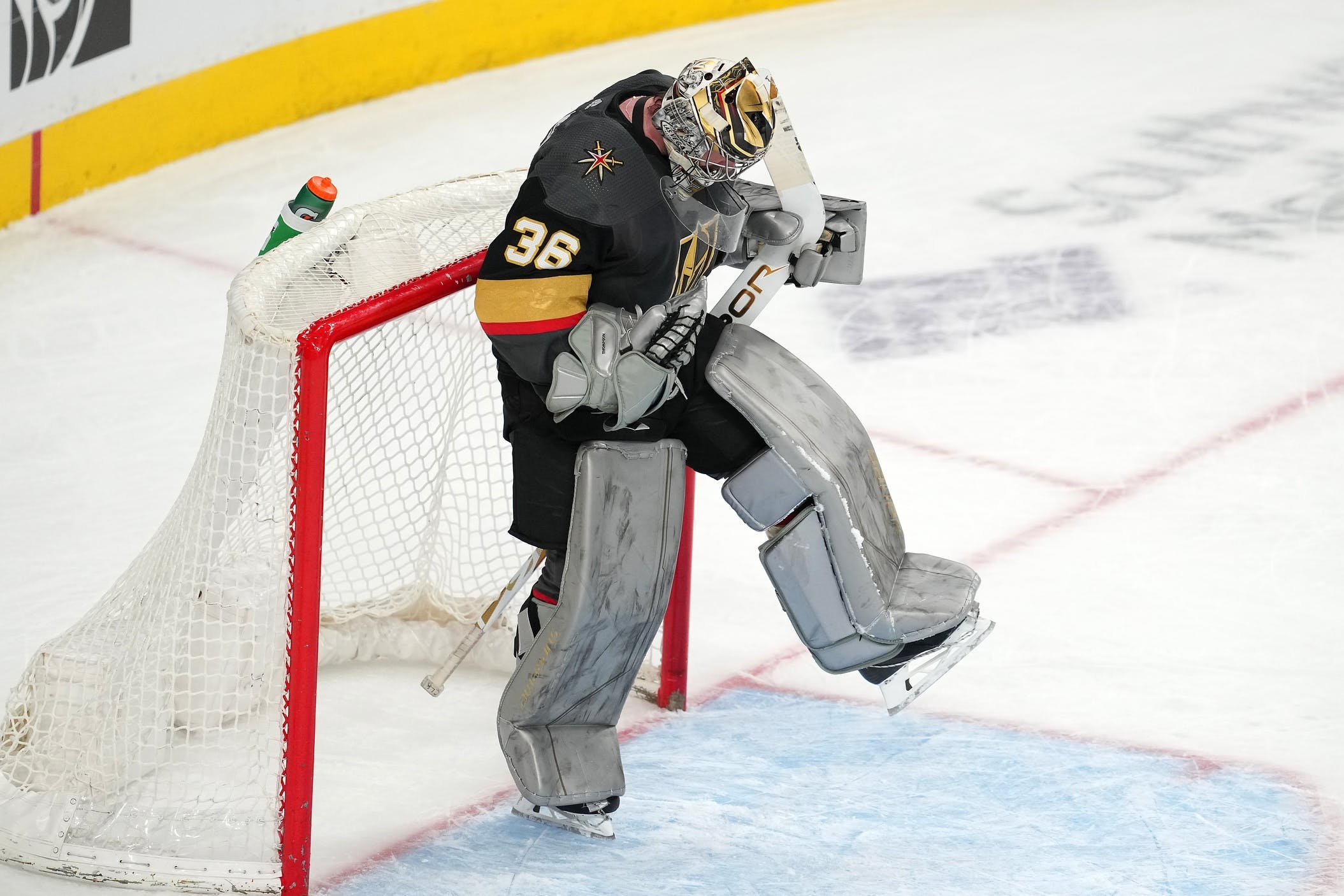 By Cam Lewis
8 months ago
The Edmonton Oilers pounded the Buffalo Sabres by a score of 6-1 on Thursday night, an important win as both the Los Angeles Kings and Vegas Golden Knights picked up victories later on in the evening.
Things today are pretty much the same as yesterday in the Pacific Division standings. The Oilers are two points up on Vegas with two games in hand and they’re four back of L.A. with two fewer games played. The one difference is that the Vancouver Canucks lost so they’re now five points back of the Oilers. 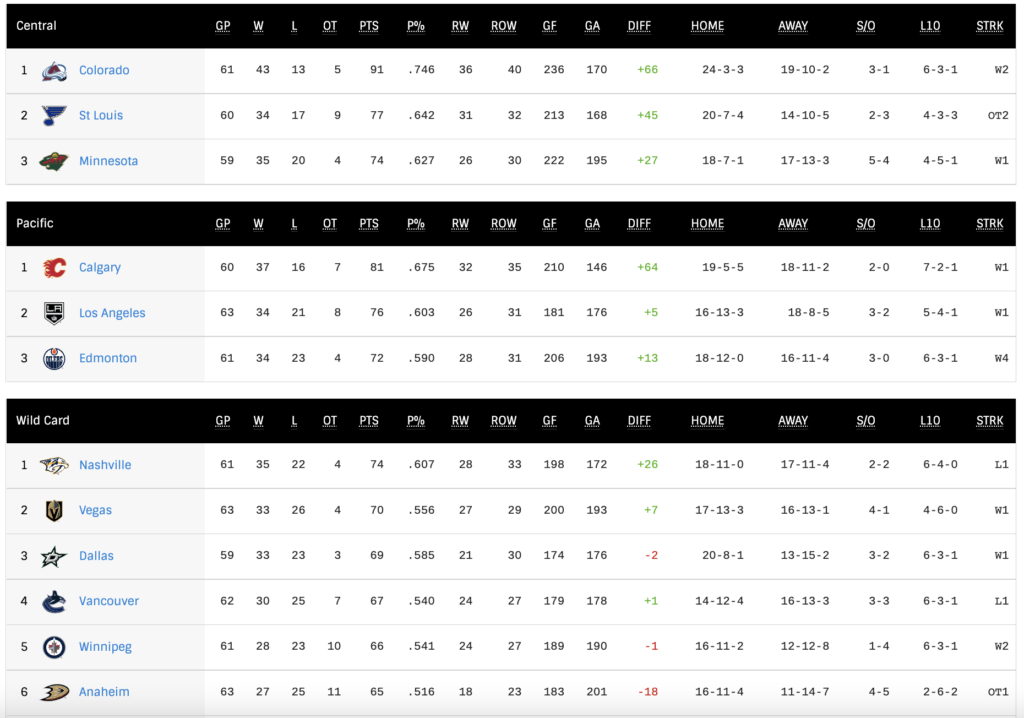 After dropping all of their games on a five-game road trip, the Golden Knights returned to Vegas and finally got themselves back into the win column with a 5-3 win over the Panthers. Despite the win, things weren’t all good in Vegas as Jack Eichel left the game in the second intermission and didn’t return in the third.

The Kings picked up a commanding win over the Sharks on Thursday night by a score of 3-0. Cal Petersen stopped all 29 shots the Sharks threw his way and an empty-net goal from Adrian Kempe sealed the deal late in the third frame. Next up, the Kings will play the Golden Knights and we’ll cheer for a result in regulation time.

After a back-and-forth 7-5 loss in Edmonton, the Red Wings went into Vancouver and pulled off a 1-0 shutout victory over the Canucks. Alex Nedeljkovic made 43 stops, a nice rebound after allowing three goals on 25 shots in a relief appearance in Edmonton the other night. The Canucks have a huge game coming up on Saturday against the division-leading Flames.

Mired in a mini three-game slump, the Stars got back in the win column on Thursday by edging out the Canadiens in overtime. John Klingberg scored late in the third period to tie the game at 3-3 and then he picked up the winner with a few seconds to go in overtime.

Finally, we have some good news in the wild-card race, as the Predators got dropped by the Flyers. Nashville still holds the top wild-card spot in the Western Conference with 74 points through 61 games. It’s always good to see points go out East in these types of matchups.

There isn’t really anything to pay attention to on Friday night that’s relevant to Edmonton’s pursuit of a playoff spot. Saturday will be an interesting out-of-town scoreboard day, as the Kings and Golden Knights square off and the Canucks host the Flames while the Oilers play the Devils.
News
Recent articles from Cam Lewis