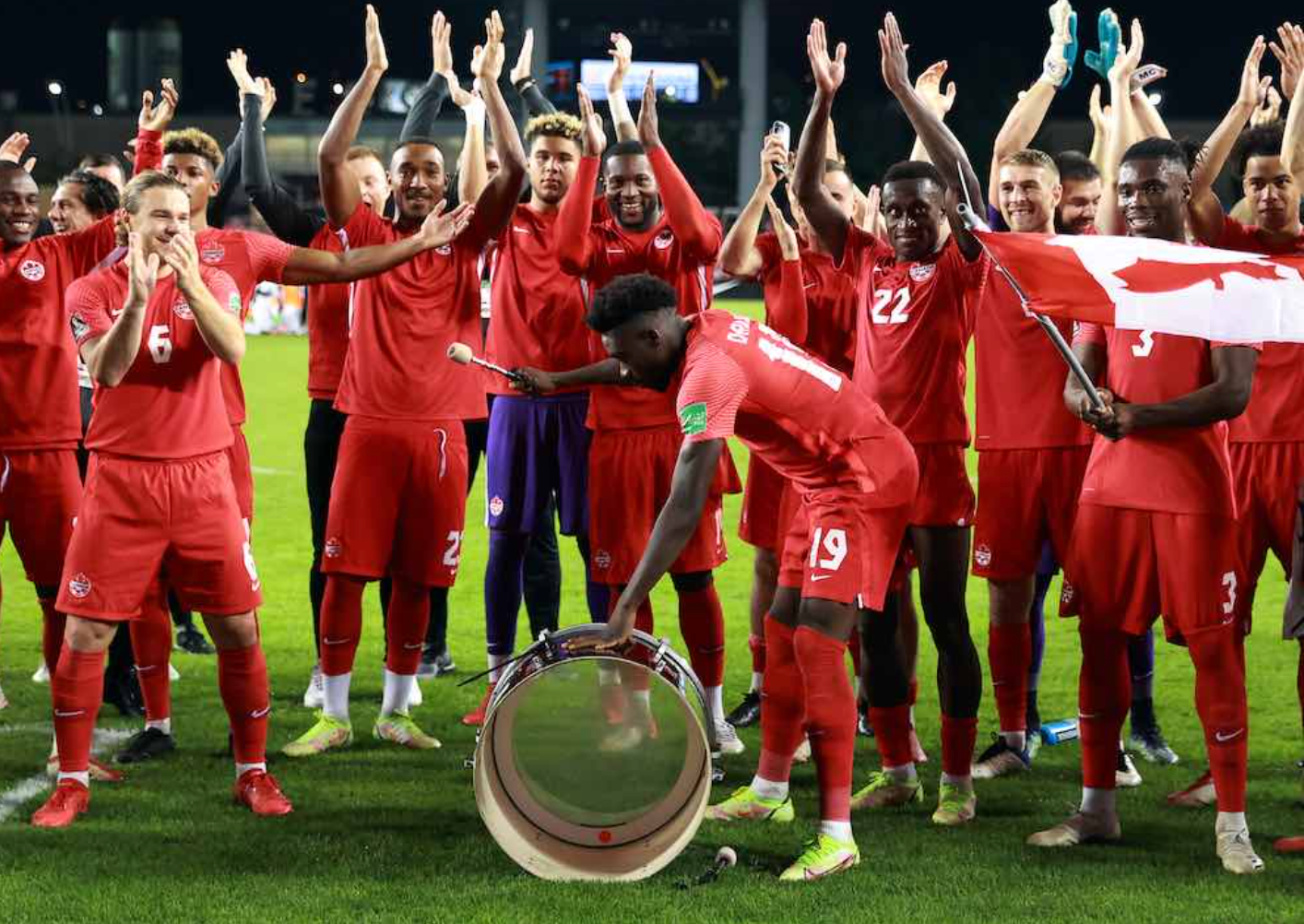 By Liam Horrobin
13 days ago
The 2022 World Cup begins this Sunday with Qatar, the hosts, taking on Ecuador, one of the four qualifiers from South America. Canada‘s World Cup journey starts against Belgium, ranked second in the FIFA world rankings.
Canada’s road to the World Cup started way back in March 2021 at the Exploria Stadium in Orlando. They defeated Bermuda 5-1 thanks to a Cyle Larin hat trick and other goals from Ritchie Laryea and Theo Corbeanu. Jon Herdman’s men breezed through the first qualifying round with dominant wins over the Cayman Islands 11-0, Aruba 7-0 and Suriname 4-0. Unfortunately, no fans could witness their dominance because of the COVID-19 pandemic.
In CONCACAF qualifying, there are three rounds, with your opponents gradually getting tougher. The format was adjusted down from five rounds in years, which resulted in Canada playing a two-leg tie against the Caribbean country of Haiti. The Canadians were seeking revenge heading into the second round after Haiti knocked them out of the 2019 Gold Cup.
Cyle Larin gave Canada a 1-0 win in Port-au-Prince, Haiti, giving them the advantage heading into the second leg. Disappointingly, they could not play that game on Canadian soil; instead, they took to the field at SeatGeek Stadium in Bridgeview, Illinois. With another goal from Larin, a contribution from Junior Hoilett and an own goal from Josue Duverger, Canada qualified for the final stage of the CONCACAF World Cup qualifying for the first time in 1998.
In the third round of CONCACAF, nicknamed the Octagonal, Canada drew their opening two matches 1-1. The first came against Honduras when Larin scored a penalty in the 66th minute. On matchday two, another Larin goal helped them grab a point against the United States. Their first win came against El Salvador, beating them 3-1, and they never looked back after that.
Canada went on a nine-game unbeaten streak scoring 14 goals and allowing only three goals. Mixed within those results were two outstanding performances at Commonwealth Stadium in November 2021. Those two games were freezing in Edmonton, giving the Canadians maximum home-field advantage against Costa Rica and Mexico. Jonathan David got the fans out of their seats in the first game in the Alberta capital scoring the lone goal versus Costa Rica. A couple of nights later, the World Cup dream starter to feel real.
Mexico was in town and has been the “King of CONCACAF” for the last two decades. Canada took it to them and gave themselves a 1-0 lead on the stroke of halftime from Larin, following in on an Alistair Johnston shot, which was rebounded out and finished off by him. Their star striker came in clutch again early in the second half and extended their lead to 2-0. Mexico struck late, giving the fans at Commonwealth a scare, but Canada could hold on for a historic win.
On January 30th 2022, Jon Herdman’s men made history. A 2-0 win over the United States at Tim Hortons Field, Hamilton, secured their spot at the 2022 World Cup. Once again, Larin gave Canada a 1-0 lead, with the win secured by the Calgarian Sam Adekugbe. As the final whistle blew, the celebrations began as Canada could now prepare for their first World Cup in 36 years.
Canada could not hold onto their perfect record with losses coming against Costa Rica and Panama in their final three games. However, they held the top spot in the Octagonal for the first time since that 1986 qualifying run.
All that is left for this Canadian team to do now is kick off their 2022 World Cup campaign, which begins next Wednesday versus Belgium. It is an exciting time to be a football fan in Canada; after all this team has accomplished already, who knows what they can do in Qatar?
Listen to Kicked Back below & subscribe on Apple Podcasts, Spotify and YouTube:
Listen to Sunday League Pundits below & subscribe on Apple Podcasts, Spotify and YouTube:
Oilers Talk
Recent articles from Liam Horrobin