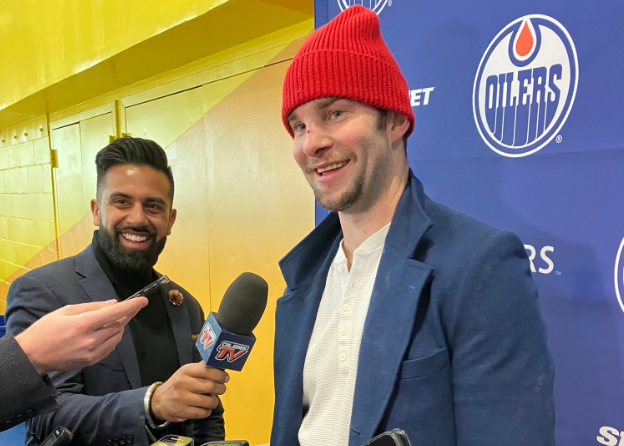 By baggedmilk
2 months ago
The thing I love most about Better Lait Than Never is that I can spend an hour talking about the Edmonton Oilers, fake hair, and quesadilla makers all at the same time. It’s wonderful, and quite frankly, you should be a part of the shenanigans.
Kicking off this week’s podcast, I jumped in with a look at the question of the week, which revolved around the favourite gadget and toys you have in your home. Do you love quesadilla makers? Slap chops? As always, BLTN listeners came through with another great list of items that had me both laughing and adding to my Amazon cart. Getting back to the Oilers, I walked through the current roster and looked at some of the players that need to start contributing with some offence. That’s not to say that I don’t appreciate good underlying numbers or general hustle — I absolutely do on both counts — but the Oilers are once again at a point where they’re needing more people to chip in. Speaking of players that need to be better, the Universe seems to be against Jack Campbell right now as the goaltender ended up breaking his nose on Monday in New Jersey after an errant puck flew into the bench and popped him on the nose. I mean, if that’s not a metaphor for how the start of his year has gone then I don’t know what is. Changing gears, I then looked at a couple of stories from around the NHL as Ryan Reaves was just traded to the Minnesota Wild for an influx of “swagger” and Cale Makar just broke Sergei Zubov’s record for fastest defenceman to get 200 NHL points. Lastly, I wrapped up the episode with another round of voicemails to get your take on what’s been going on over the last week in your life.
Want to leave a voicemail for next week’s show? Do it here!
Listen to this week’s episode of BLTN below:
Subscribe to Better Lait Than Never for FREE on Spotify, Apple Podcasts, Google Podcasts, and wherever else you get your podcasts from! Better Lait Than Never is proudly brought to you by our friends at The Audio Department, Betway, and Trilogy Oilfield Rentals because without them, this podcast would not be possible. You can also check out my BLTN charity tees/hoodies here.
Shows
Recent articles from baggedmilk