Better Lait Than Never: #NationVacation recap, Kane is back, and the Edmonton Oilers are buzzin’ 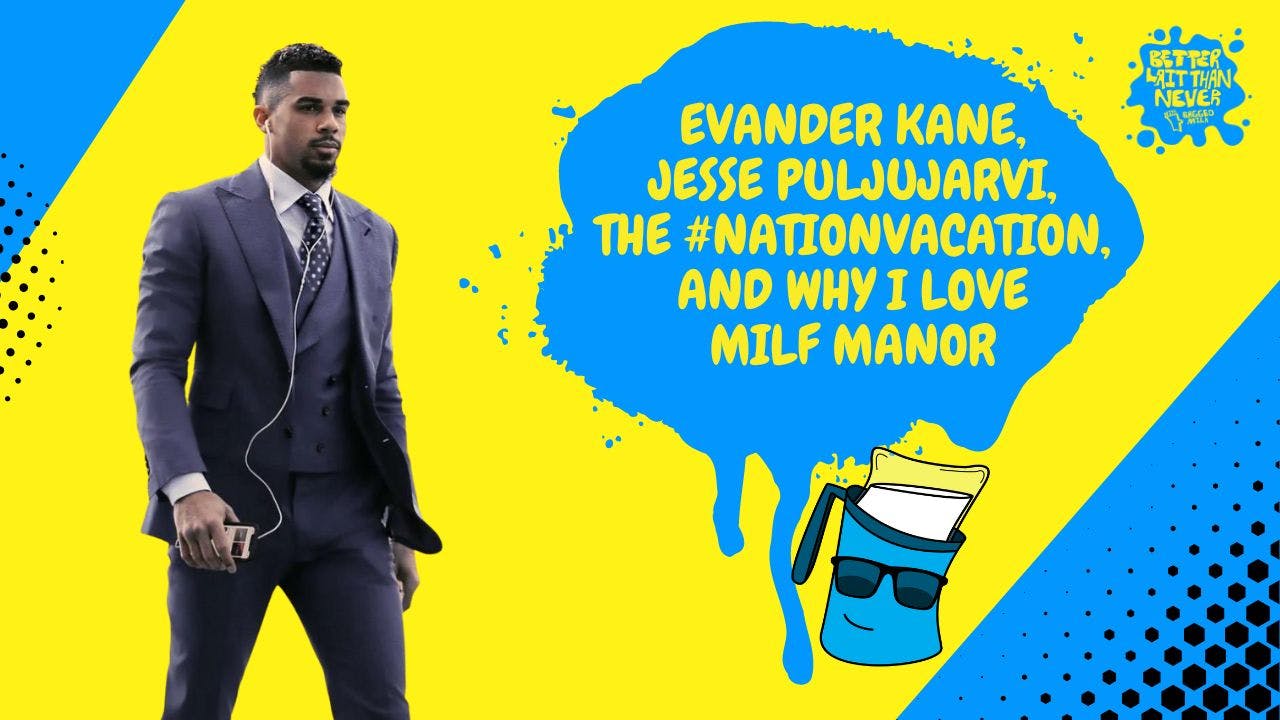 By baggedmilk
7 days ago
We all made it back from the #NationVacation to Las Vegas in one piece, and now it’s time to get back to business with a fresh episode of Better Lait Than Never. On this week’s podcast, I’m talking about Vegas, Evander Kane, Jesse Puljujarvi, and how much of a difference a week can make.
To kick off the show, I spent the first few minutes recapping what was undoubtedly an amazing #NationVacation down to Las Vegas with a group of really incredible people. But since we did an on-location show on Saturday afternoon, I didn’t want to spend too much time saying the same things over and over again. The point here was just to say thank you to everyone that makes these trips so special, and I cannot wait until March when we head to Toronto with another fantastic crew. Changing gears, how could I not spend a few minutes talking about MILF Manor, which could be the greatest TV concept of all time. That’s not to say that the show isn’t without its issues, but dammit did I ever laugh as I was watching the first episode. Getting back to the Oilers, it’s pretty amazing how much can change in a week as the team not only saw Evander Kane return to the lineup but also rattled off four straight wins against Pacific Division opponents. Sure, you can say that Anaheim and San Jose are terrible — we all know that’s the case — but to also come up with big efforts against Vegas and Seattle should be celebrated. I also touched on the latest roster news that’s happened over the past couple of days as the team had to make a flurry of moves to be able to fit Kane in under the cap. We also saw Jesse Puljujarvi get healthy scratched last night, which kicked off a hornet’s nest on social media after Tyler broke the news on Twitter. Is this the beginning of the end for the Bison King? I covered this and more in the latest episode of the podcast. Lastly, I wrapped up the episode with another round of voicemails to get your take on what’s been going on over the last week.
Want to leave a voicemail for next week’s show? Do it here!
Listen to this week’s episode of BLTN below:
Subscribe to Better Lait Than Never for FREE on Spotify, Apple Podcasts, Google Podcasts, and wherever else you get your podcasts from! Better Lait Than Never is proudly presented by our friends at The Audio Department, Betway, and Trilogy Oilfield Rentals, and without them, this podcast would not be possible. You can also check out my BLTN charity tees/hoodies here.
Shows
Recent articles from baggedmilk