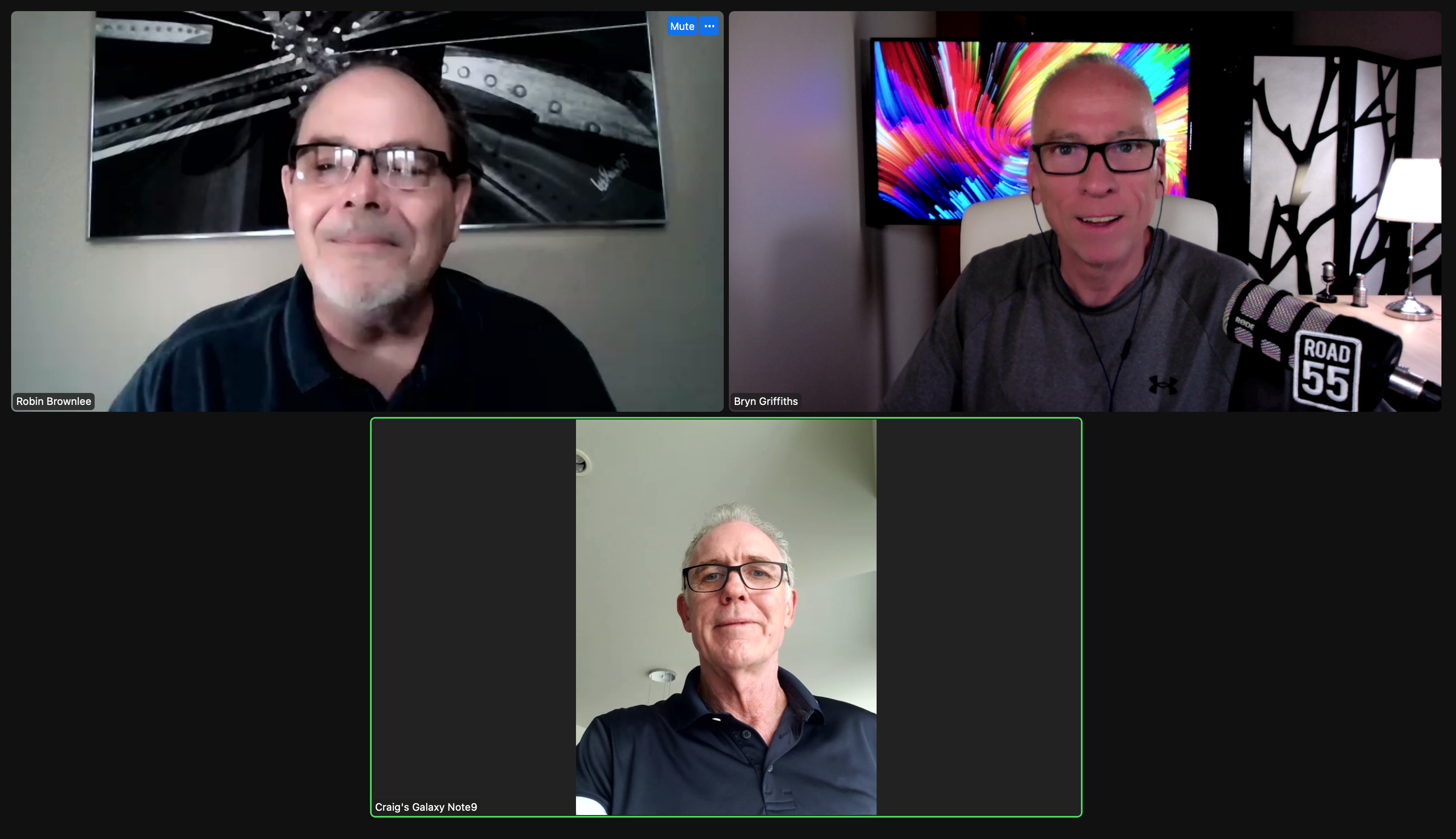 By Robin Brownlee
6 months ago
When it comes to the rivalry between the Edmonton Oilers and Calgary Flames, Craig MacTavish might be as well known for yanking the tongue out of Harvey the Hound’s head in January 2003 as for playing in three of the five Battle of Alberta playoff series between the teams.
With the teams meeting in the playoffs for the sixth time in the history of the franchises and the first time since 1991 when the puck drops in Calgary Wednesday, Bryn Griffiths and I sat down for our OUTSIDERS 2020 podcast today with MacTavish and Mark Spector of Sportsnet, who seven years ago wrote The Battle of Alberta. You can find today’s podcast here.
Following are some excerpts from our chat with MacTavish, who has been part of this rivalry as a player, coach and general manager since he arrived in Edmonton for the 1985-86 season.

“How banged up is Leon? How quickly can he recover? Amazing guts from Leon to play the way that he did, 22 minutes that last game. You could tell immediately he didn’t have separation speed and wasn’t able to torque the ankle or the injury as much as he normally does. I mean, Leon, he can fly. You remember the first goal in Game 3 where Kempe tried to chase him down? It was a two-on-one with Connor and Kempe was right on Leon’s tail, but couldn’t catch him.
“He didn’t have that arrow in the quiver. Those things are hard to fix too. They take a long time to heal, so that’s going to be a big part of it obviously. He was banged up in Game 6 and he still made a terrific play to (Tyson) Barrie for the winning goal, but that’s going to be huge too as well.” 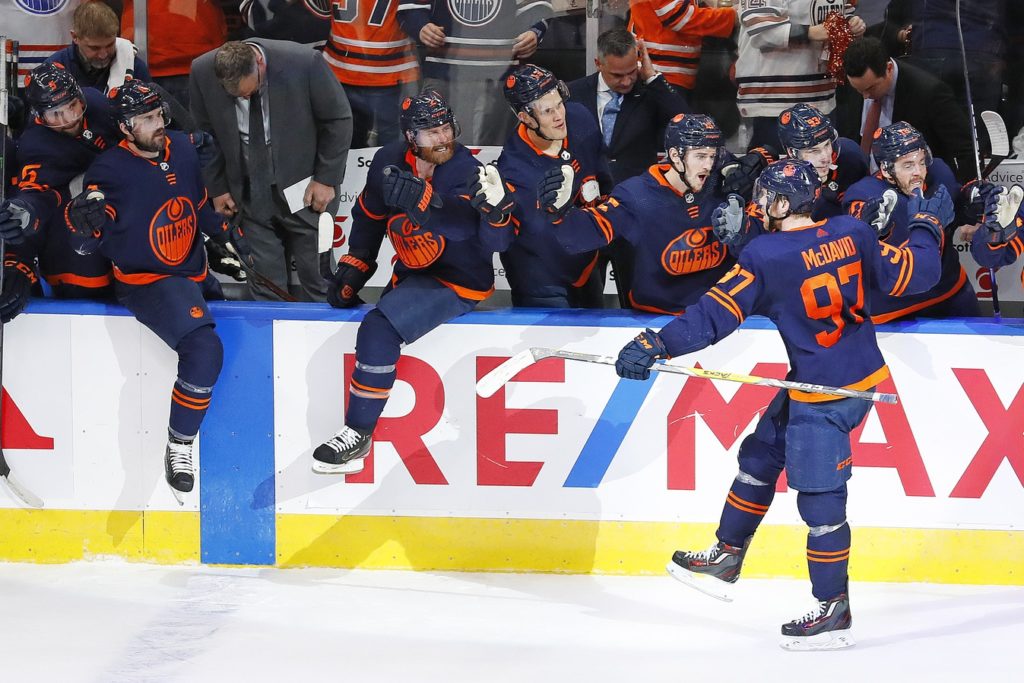 May 14, 2022; Edmonton, Alberta, CAN; Edmonton Oilers forward Connor McDavid (97) celebrates after scoring against the Los Angeles Kings during the third period in game seven of the first round of the 2022 Stanley Cup Playoffs at Rogers Place. Mandatory Credit: Perry Nelson-USA TODAY Sports
“Connor, I mean he really set the tone last game when he ran over (Sean) Durzi. That was, I mean, if you’re on the bench and you see . . . that’s what big games players do. What are big-game players? Well, they do things they don’t inherently do on a day-to-day basis, but they do these things out of need and necessity. That’s what I call a big-game player. Somebody that’s going to add something to their game you don’t see on a day-to-day basis. McDavid has definitely done that. That guy has been amazing.”

“They’re really going to target the stars. Connor is going to be targeted intensely every chance they get. He does have elite awareness and he’s going to need that because he’s going to have to keep himself healthy and they’re going to come after him. Leon is a little bit different animal. He’s tougher to get because he is so strong himself. More so than any other match-up we could have, these guys will definitely physically target our stars.”

“Refereeing, as it always is, is going to be important. Hopefully, they’re instructed to, you know, allow a physical game, but you don’t want to allow liberties, for the Flames to take liberties with Connor . . .
“As you know, there’s a league representative charged in every series. What happens is that league representative will go into each coach’s room and that gives Jay (Woodcroft) and Darryl (Sutter) the opportunity to verbalize what their concerns are in the series, ask them about liberties. I’m sure that’s a big discussion topic for the series manager. They’ve got to walk that line really well.”

“From what I saw in the last series, you’re not going to get under his skin. He’s too driven, he’s too focused right now. I’d be really surprised if you could get under his skin. I mean, he’s going to do things intelligently. He’s going to manage the theatrics and movement after he’s been hit to play to the referees, but I think, based on what I saw, it’s all going to be calculated. To me, he looks like a guy that’s firmly in control of his emotions.
“Amazing the way that guy has played the last little while. For me, being a fan, I don’t care how he plays from this point forward. That guy has my respect. Phenomenal goaltending and battling and competing. I mean, whatever happens from this point forward, he’s going to continue to play well. Even if he doesn’t, that guy has certainly earned my respect and the respect of Oilers fans.”

THE PRICE YOU PAY

“It’s cliché, but it’s how bad do you want it and what are you willing to do to get it? How much more do you have left in terms of competitiveness and battle and courage to get it done. You’ve got to challenge the tough areas. You’ve got to compete hard on pucks. Otherwise, you’re not going to win. The price to win this series is going to be high. I know for sure we have a number of guys who are going to pay that price.”