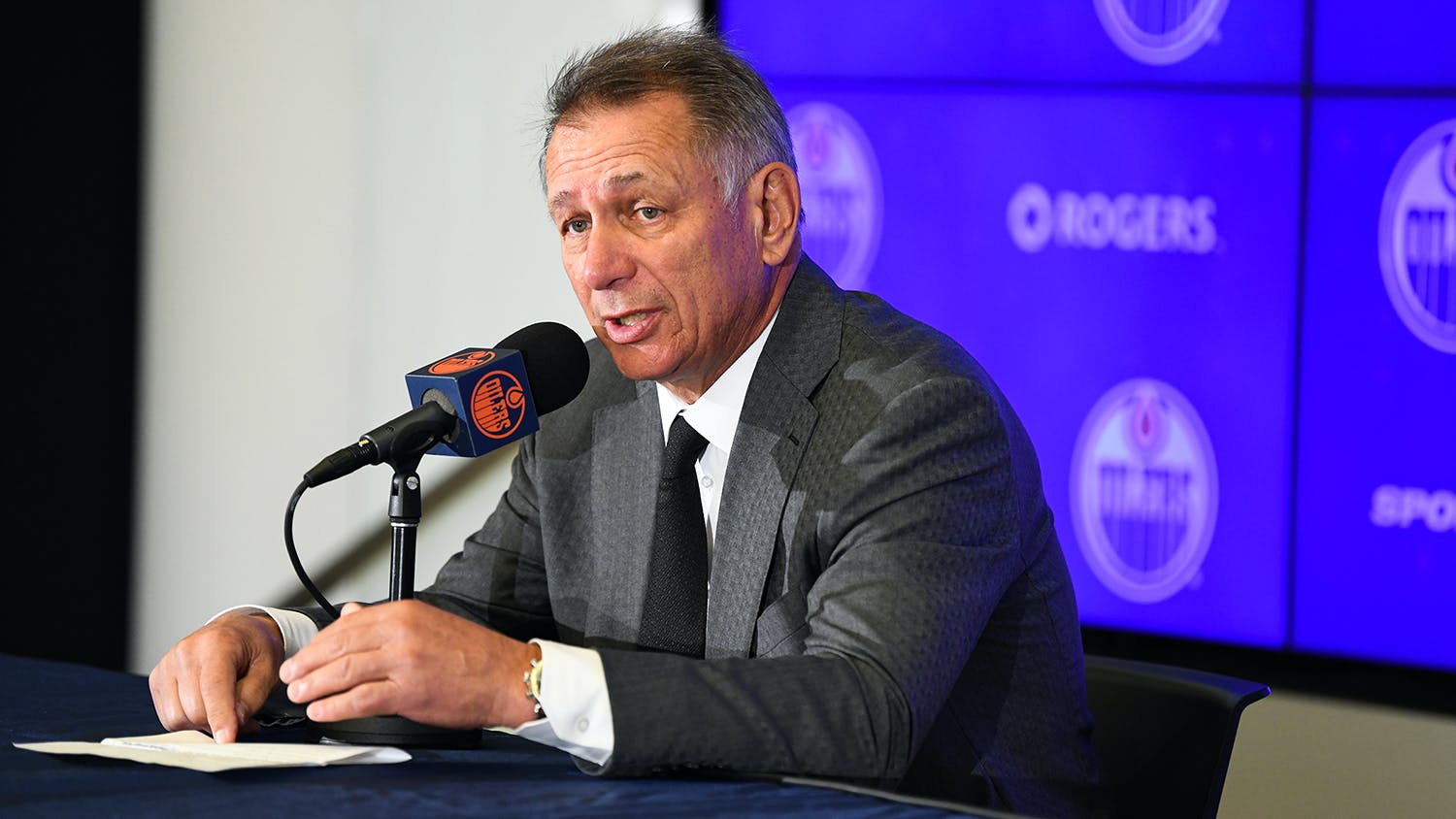 By Woz
1 month ago
For this social article, I decided to ask around Oilersnation’s social media for the craziest Oilers trade or signing rumours that you’ve heard over the years. The comments come from TikTok, Facebook, Instagram, and Twitter. Of course, you can always add any rumors you hear that never happened in the comments below.

A rumour from the 90s! Wendel Clark for Esa Tikkanen? It would’ve been interesting to see Clark on the Oilers, especially in the mid-90s with a young Ryan Smyth and Dough Weight parading the rink. Now I’m not sure if this rumour is completely accurate, Twitter didn’t exist back in the 90s either so it’s hard to know if this was legitimate or not. The Google machine seems to have no answers for this one as well!
Nuge for Seth Jones?! I may have heard that one a while back when the Edmonton Oilers were looking to improve the blue line. Seth Jones is a player that Edmonton has been linked with in the past either via trade or signing. That is up until he signed with the Chicago Blackhawks. Totally forgot he started his career in Nashville, always view in a Blue Jackets jersey.
Puljujarvi for Georgiev! This one rings a bell as the Oilers were also linked with numerous goaltenders through the last two seasons. There may have been a little bit of interest in this one. Another goalie that comes to mind is when the Oilers had an interest in Joonas Korpisalo in 2021.

First time we’ve added Facebook comments on these articles, let’s see what you said!
Aaron reminded us about that one time the Oilers almost landed Dany Heatley. It was made public that the Oilers were one of the teams in for Danny Heatley. According to the article written by Zach Laing in 2020, the Oilers were about to send Dustin Penner, Andrew Cogliano, and Ladi Smid for Heatley! Do you remember the blockbuster trade that never happened? What a world that would’ve been if Danny Heatley became an Edmonton Oiler.

PK Subban was also a player linked with the Oilers for a little bit with the name going the other way supposedly being Leon Draisaitl. We’ll get to another rumor involving Leon and PK later. This is a trade I’m so blessed never happened. That just has STEAL written all over it for Montreal.

Funny comment here from John_nonny! Unfortunately it seems the Oilers never seem to upgrade the defense even with all the rumours over the years. It’s okay, we have a Joel Edmundson trade rumour now brewing and I’m sure he’ll be the answer to all of our problems!

The infamous Draisaitl, the 2016 4th overall pick and one of Klef/Nurse for PK Subban. A little after this rumour sparked, Taylor Hall was dealt for Adam Larsson I believe. Pray to the hockey Gords that Peter Chiarelli never pulled the trigger on this move. A world without Leon Draisaitl as an Edmonton Oiler?! no thank you.

Hall for Weber?! Anyone remember that one?? I can’t remember which year this was but if it was when Weber was in Nashville then I really wish it happened. The Oilers needed defense BAD back then.

The best comment I read while searching through the rumours: “Anything Tracy Lane tweeted.” The infamous Twitter account that always tweets out potential trades that never seem to happen. However, when there’s smoke, there’s fire as they say!

Hossa to Edmonton?! I might be a bit too young to remember this rumour however it seems there was a time when the Edmonton Oilers had an interest in Marian Hossa. I’m sure Hossa didn’t regret not signing with Edmonton after losing in the Cup Final again with Detroit, then signing with Chicago to then go on and win multiple Stanley Cups.

Personally, I remember when the Edmonton Oilers were linked with Jaromir Jagr.  The kids at soccer practice told me that Edmonton might sign this legend from Europe. I had no clue who he was at the time but he sounded SUPER good! And of course, the Oilers never signed him and the rest was history.
Oilers Talk
Social Corner
Recent articles from Woz