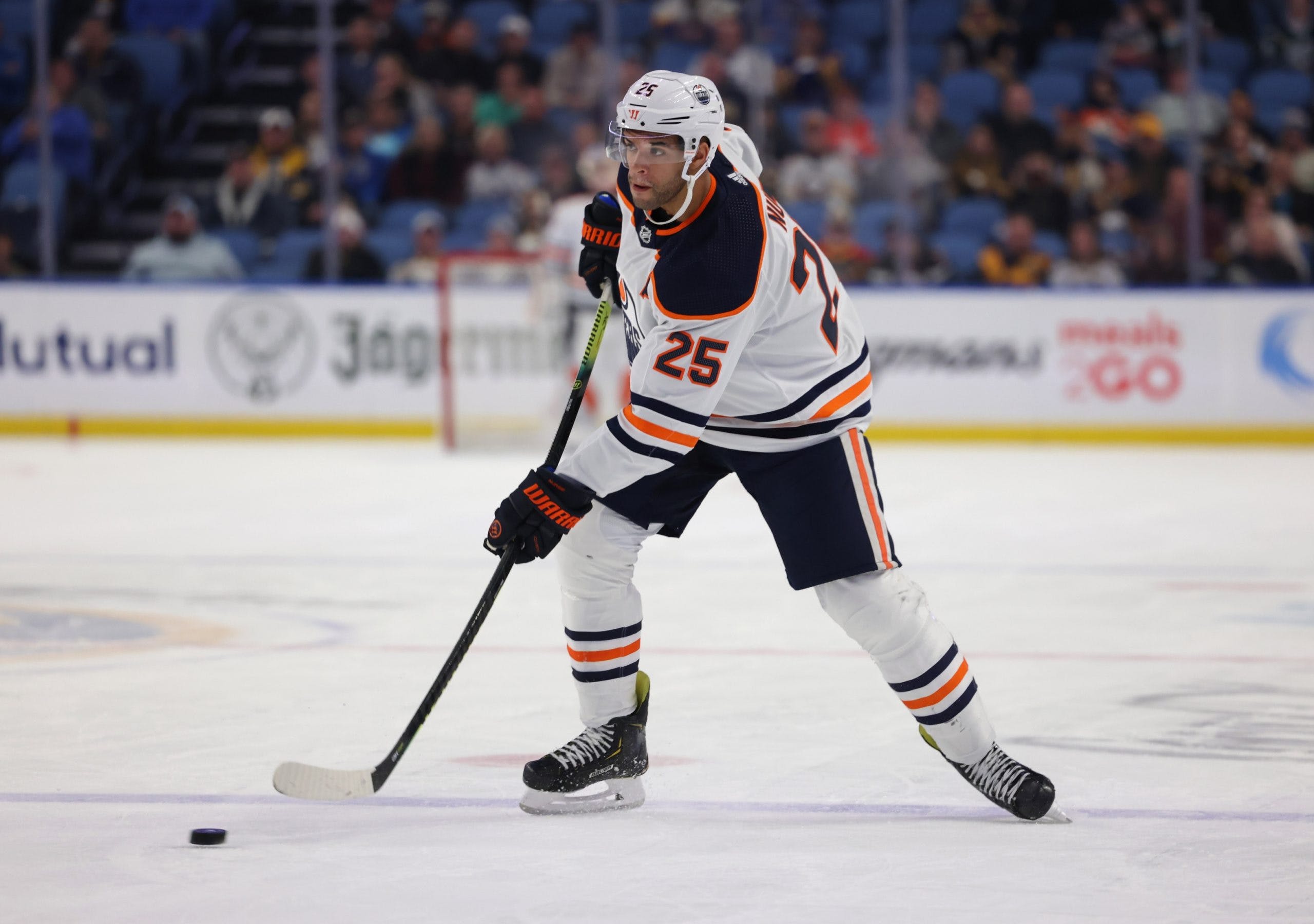 By Jason Gregor
1 year ago
Initially, I thought Philip Broberg was recalled due to Slater Koekkoek’s injury, but turns out that it wasn’t just about Koekkoek. Koekoek is injured, but so too is Darnell Nurse.
Two sources have confirmed that Nurse will be out for a few weeks. It sounds like he will miss at least the remaining four games in November.
Nurse played almost three minutes of overtime, as he played through the injury. After the game, when the adrenaline wore off, he was in some discomfort.
Edmonton has a light schedule with only four games in the final 11 days of November. They host Chicago tomorrow, and play in Dallas on the 23rd, in Arizona on the 24th, and Vegas on the 27th.
Then they play Pittsburgh, Seattle, and Los Angeles on the 1st, 3rd and 5th of December.
The initial prognosis is Nurse will be out a few weeks. It might be two weeks, but it could be up to four possibly.
I was told it isn’t a long-term injury, as in multiple months.
However, losing Nurse is a major blow. He is averaging 20:20/game at 5×5, which is three minutes more than Duncan Keith, who is second on the Oilers. Nurse is fifth in the NHL in 5×5 TOI/game and he is fifth in total TOI/game at 26:06.
They don’t have one player who can eat all his minutes. Philip Broberg was recalled and he will likely play close to 20 minutes.
It will be interesting to see what pairings Dave Tippett and Jim Playfair go with. Broberg won’t arrive in Edmonton in time for practice today, so he will play tomorrow without a full practice.
For the first game, I could see Keith and Cody Ceci remaining together and playing Evan Bouchard with Kris Russell and Broberg with Tyson Barrie.
Nurse hasn’t missed a game since the 2016/2017 season. He’s been incredibly durable while logging the sixth most minutes in the NHL in that span.
Edmonton will really miss Nurse at 5×5 and on the PK. He and Bouchard have been a solid duo on the PK together, averaging over 3:00/game and they’ve only been on the ice for three PP goals against in over 48 minutes of PK time.
The next few games will be a major test for the Oilers blueliners to see how they respond without their top defenceman.
Also look for William Lagesson to be recalled as well.