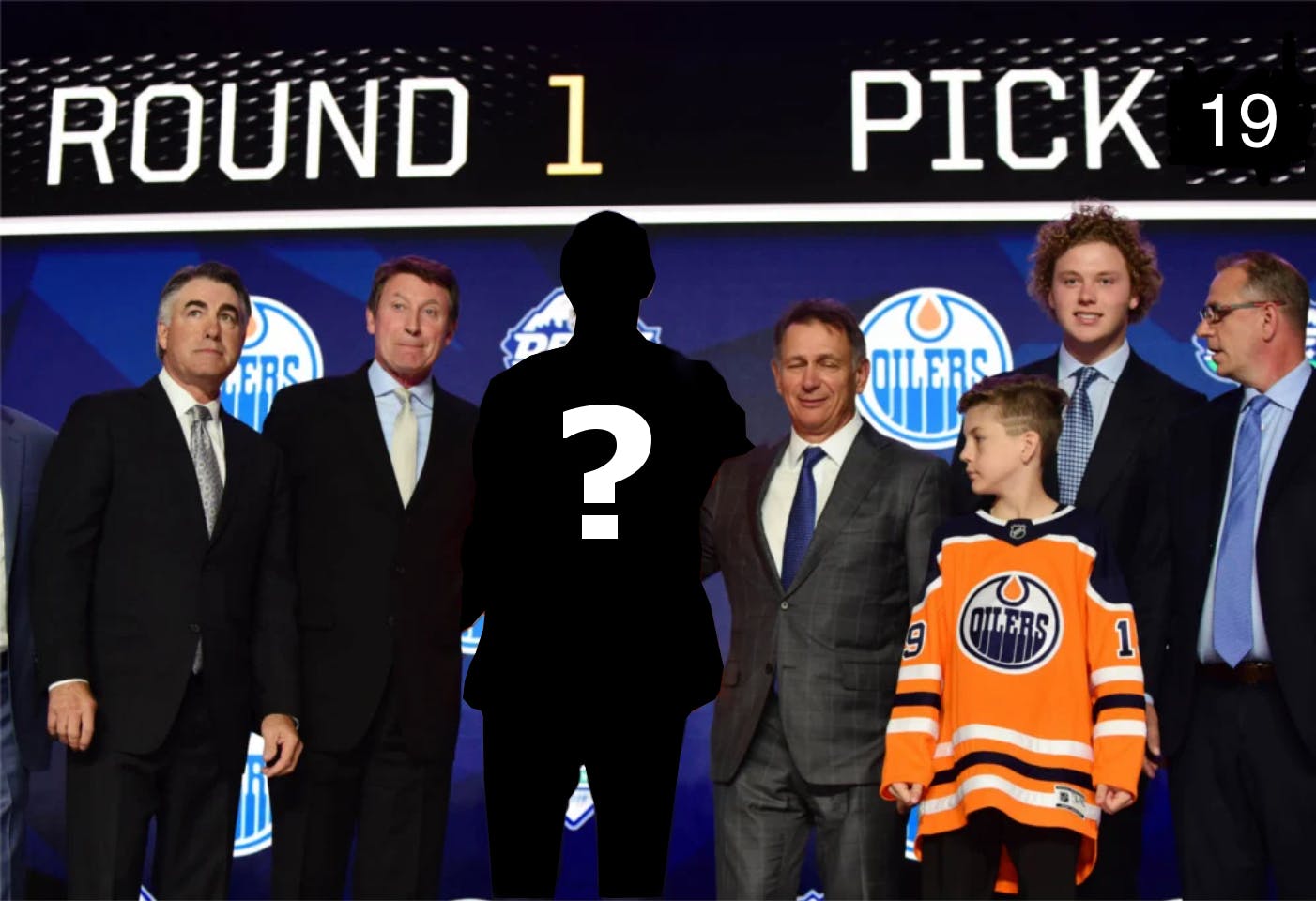 By baggedmilk
1 year ago
Happy draft day, folks! For the second straight summer, the NHL Entry Draft has been pushed back because of the ‘Rona timeline but we’ve finally arrived at the fishing day for new toys and I’m here to cover it all. Are you excited? I’m excited. Since there’s bound to be plenty of action and speculation going around, I’ll be here all day to bring you all of the Oilers-related news that may or may not even happen. Are you ready? Of course you are.
Yesterday, Ken Holland said in his conference call with the media that he couldn’t see the Oilers trading the 19th overall pick for a rental or drafting a defenceman in that spot, but that doesn’t exactly mean much of anything when we’re still hours away from knowing what the draft board will look like by the time it’s Edmonton’s turn. One thing I do know for sure is that the cupboards aren’t exactly plump full when it comes to skilled forwards and if I were a betting man, I’d wager that whoever the Oilers do pick will be someone they hope can play up front.

Looking through the contracts at PuckPedia, the Oilers certainly have a few contracts that they might consider moving to free up some cap space provided that Ken Holland would able to find a dance partner so I’ve listed some of the plausible scenarios below. That said, every time I put one of these sections together, I never seem to get anything right, but I’m also stubborn and a big subscriber of the whole ‘what the hell do I know’ lifestyle when it comes to this team and stranger things have certainly happened.
@Kris Russell – With only one year left on his contract that will pay him $1.25 million, I could see some of the budget teams being interested in scooping up a guy with the kind of experience that Kris Russell has to offer. Would Holland make that trade? Could we actually see our cowboy ride into the sunset? I highly doubt it but we shall see.
@Zack Kassian – According to Frank Seravalli, there could be some interest around the league for Zack Kassian and I wonder if that tire-kicking could result in a trade. At $3.2 million, I have a hard time believing that Kassian will live up that contract — the guy only had 18 shots on goal in 27 games played in 2021  — but I also wonder whether the return would even be worth it. If the plan would be to trade Kassian for the win in cap space, then I get definitely get it, but if they go with a bad contract for bad contract type of thing then it may be best to hold off.
@Mikko Koskinen – Now that Mike Smith is back in the mix for the next two seasons, I’m endlessly curious to see how the Koskinen situation plays out. Personally, I can’t imagine that the list of potential suitors for the guy would be very long, but then again, I don’t know what’s going on in Holland’s phone either. Frankly, I’d be very surprised if Kostco is traded this weekend but I’m also a dream so I guess I’ll just keep my fingers crossed.
@Kyle Turris – Dare to dream?

Since I’m the one without an adult job, I’ll be spending most of my day cruising the Internet for Oilers news and this is where I’ll share anything interesting that I find. For those of you that have resisted the urge to join the devil that is social media, this will be the spot to watch to for any tidbits from the insiders, beat guys, or anything else I see pertaining to what Ken Holland might do today.

Don’t care about my nonsense and want to skip right to the updates? This is the section for you, friend.
Nation Takes
Oilers Talk
Recent articles from baggedmilk