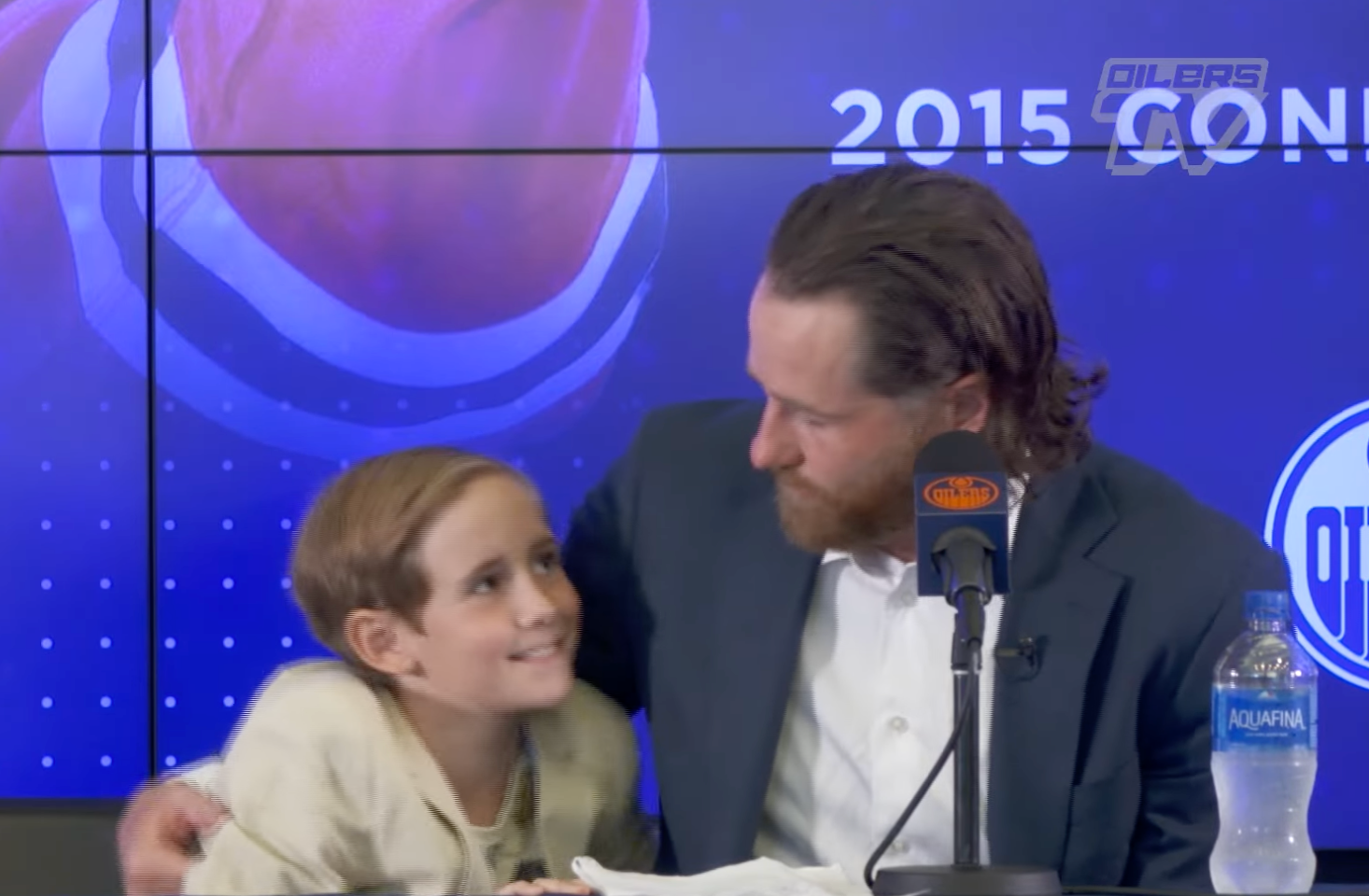 By Robin Brownlee
4 months ago
I don’t know if it was Duncan Keith getting choked up when he spoke about his years with the Chicago Blackhawks, with whom he won three Stanley Cups and the Norris Trophy twice, or the emotion in his voice when he talked about a season spent closer to his son Colton with the Edmonton Oilers that got to me more.
What I do know is I liked everything about Keith’s official farewell at Rogers Place today and how truly grateful the sure-thing, first-ballot hockey hall-of-famer seemed for the 80 games he spent draped in Oilers silks in the final season of a distinguished career that began way back in 2005.
While everybody in this hockey town is acutely aware that the Oilers haven’t done as much winning as everybody would like in many years, what this team has always done is find a way to do a bang-up job on events like this one. Today was no different and it was a wonderful way to end the chapter on Keith’s time here.
Today, it was gold sticks presented to Keith and his son by GM Ken Holland, an unexpected touch of class. It was a nice moment – with nobody pointing out Holland could have and probably should have had Chicago retain some salary to make this day possible in the first place. I digress. 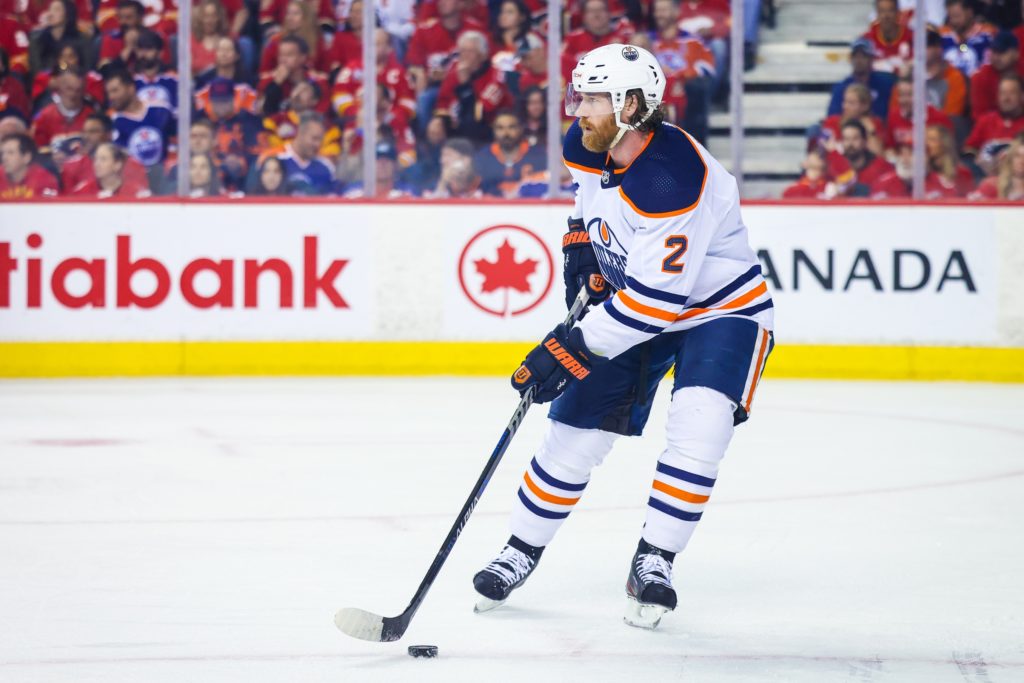 May 26, 2022; Calgary, Alberta, CAN; Edmonton Oilers defenseman Duncan Keith (2) controls the puck against the Calgary Flames during the first period in game five of the second round of the 2022 Stanley Cup Playoffs at Scotiabank Saddledome. Mandatory Credit: Sergei Belski-USA TODAY Sports
A moment that sticks with me is Keith’s answer to a question by Mark Spector of Sportsnet. With Chicago tearing things down to the studs, there’s been speculation Jonathan Toews and Patrick Kane might want to look elsewhere to finish their careers. Spector asked,” If one of those guys call you and says, ‘What should I do about Edmonton?’ What would you say?”
Look, I’m not suggesting or expecting Toews or Kane will end up in Edmonton at any point. For starters, the Oilers can’t afford them. That said, having had a chance to spend a season here, Keith was very gracious in his response, which fit right in with the tone of the day.
“I have nothing but great things to say about Edmonton,” said Keith, who makes his off-season home in the Okanagan. “I know it’s a little bit cold here but, you know, for me it was great. The cold made it special being with the guys on the team. I think the organization, when I think about the Oilers, it’s an incredible organization, a family atmosphere. Colton, my niece and nephews, everybody, all the players, their kids and families, it really is a family atmosphere here.
“I think Bob (Nicholson) has had a lot to do with creating that culture here because I know it was like that in Hockey Canada as well. For me, when I think of that, especially for players with family, to have that kind of culture here, Edmonton would be right at the top of the list, 100 per cent as a place to play.
“You have Connor McDavid and Leon Draisaitl, but you also have players like Tyson Barrie, Darnell Nurse. You’ve got Cody Ceci. All the players that make this organization special . . . everybody cared. Great individuals. It’s a special organization with great players, great coaches, great management, great ownership. I’d definitely give them a glowing recommendation.”

That last bit might trigger the skeptics, but whether Keith was being overly gracious or not doesn’t really matter, even if the serial moaners and groaners out there might feel the need to poke holes in his parting words.
At the bottom line, my feelings today are what I hoped they would be when the move to bring Keith in was first announced. Keith’s contributions on and off the ice as a player and a teammate helped make the Oilers a better team. That’s worth noting on a pleasant, sunny July afternoon.