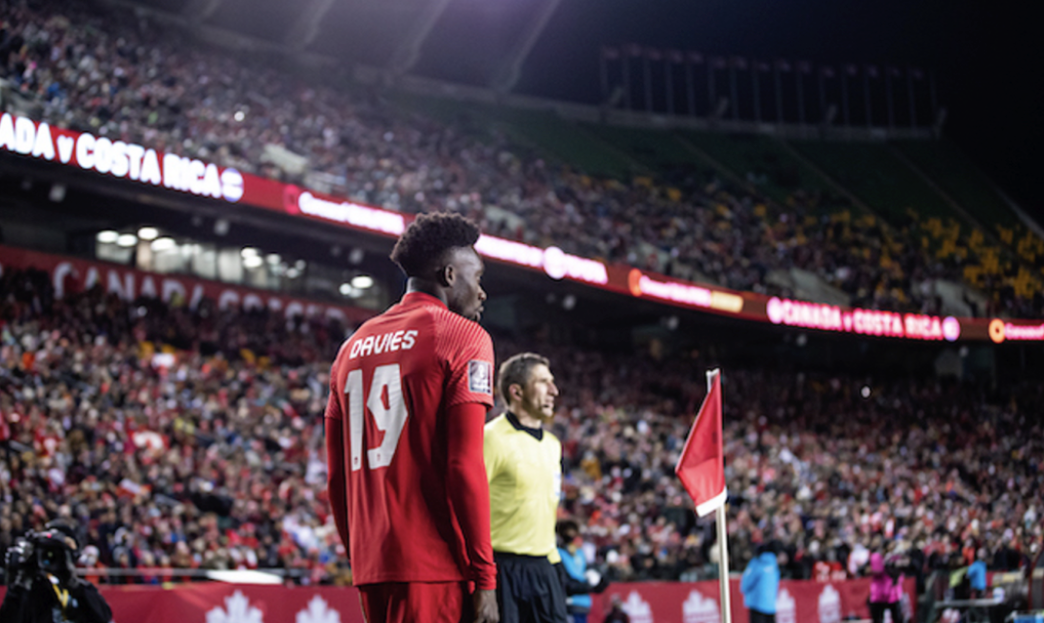 By Cam Lewis
1 year ago
Edmonton proved that it’s a soccer city when Commonwealth Stadium was packed for two of Canada’s World Cup qualification games on cold November evenings earlier this month.
48,806 fans showed up to watch Canada defeat Cosa Rica on November 12, and then, a few days later, 44,212 braved the cold and came to what is now known as “Iceteca” to watch Canada beat Mexico in a World Cup qualifier for the first time since 1976.
Canada sits in a great position to qualify for the 2022 World Cup in Qatar as they’re currently atop the CONCACAF standings with seven games remaining. But these games weren’t only about helping Canada get to Qatar, they were also about getting Edmonton to the 2026 World Cup.
A united bid from Canada, the United States, and Mexico was selected to host the World Cup in 2026. The United States will host 60 matches, including the quarterfinals, the semifinals, and the final, while Canada and Mexico will each host 10 matches, all in the group stage.
Since Montreal pulled out back in July, there are currently only two Canadian cities in the mix to serve as hosts, Toronto and Edmonton.
The two games against Costa Rica and Mexico were positive for Edmonton’s pursuit of becoming a host city in 2026, but Commonwealth Stadium isn’t without its issues.
Colin Smith, FIFA’s chief competitions and events officer, was in Edmonton to witness the Canada two games earlier this month. He praised the fan support and the experience but said that the facility will need to ditch the artificial turf in favour of actual grass.

“The air was chilly. The atmosphere was warm,” Smith said. “To see the fans’ support on what was a chilly evening was great to see.”

When asked about how Edmonton could fix the turf issue, Smith was blunt.

“Change it,” he said, “We play the World Cup obviously on natural grass. It’s about providing the ultimate stage to the ultimate players to play at the highest level.”

FIFA just finished its trip to Toronto, Canada’s other prospective host city, this week.
Toronto Mayor John Tory said, “We are all in to bring the FIFA World Cup to Toronto in 2026.” But, just like with Commonwealth, BMO Field, which houses Toronto FC and the Toronto Argonauts, will need some upgrades. Capacity at BMO is only 30,000, which is the fewest of any of the stadiums involved in the bid by a wide margin.
There are expected to be 16 host cities involved, but that number could go up. The host city selection process is expected to be finalized in April.
News
Recent articles from Cam Lewis