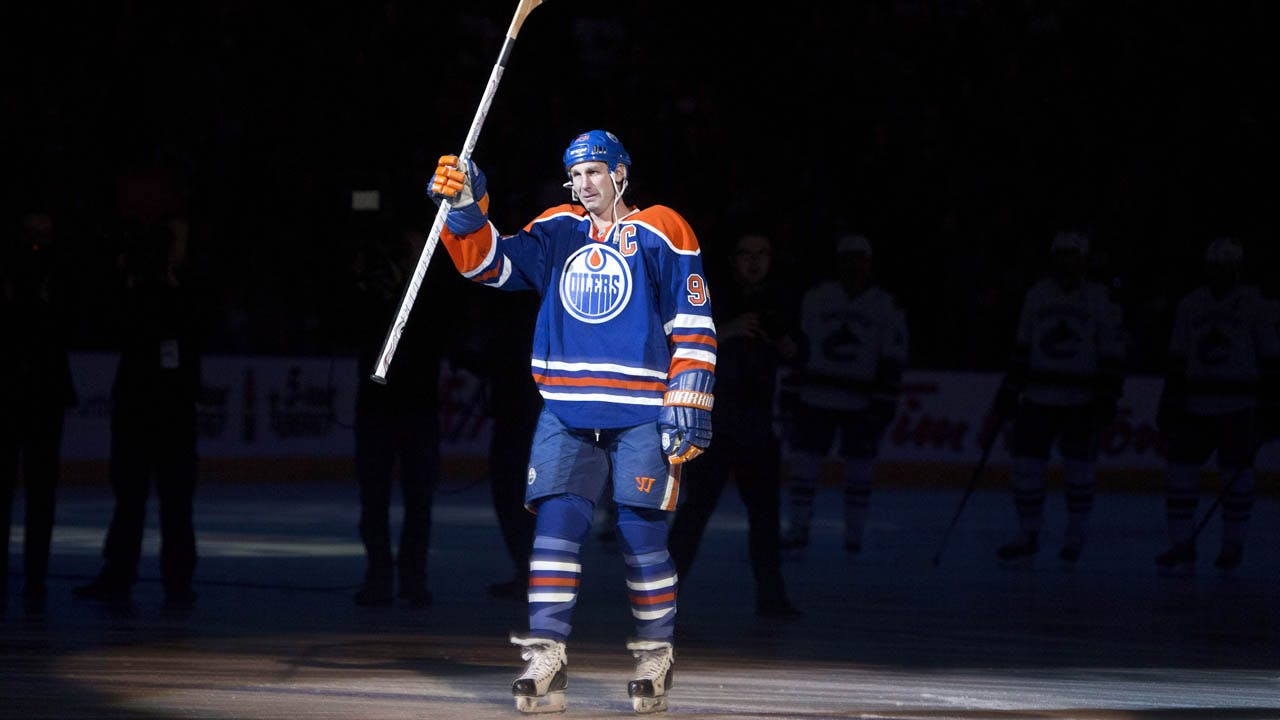 By Cam Lewis
2 months ago
The Edmonton Oilers announced plans for a team Hall of Fame on Monday in which names will permanently be displayed on the ring above the PCL Loge Level at Rogers Place.
According to the organization, the Hall of Fame is designed to “honour outstanding contributions or service to the Edmonton Oilers Hockey Club by past members of the organization, the Edmonton Oilers Hall of Fame may include players, coaches, trainers, staff, executives, or any other person whose role or service in the organization since its founding in 1972 is recognized as extraordinary.”
The inaugural class of the Edmonton Oilers Hall of Fame will be comprised of franchise legends who already have banners hanging in the rafters (Al Hamilton, Wayne Gretzky, Jari Kurri, Grant Fuhr, Paul Coffey, Mark Messier, Glenn Anderson, Kevin Lowe, Glen Sather, and Rod Phillips) along with two other individuals who have not yet been named. The other two inductees will be announced on Tuesday, September 20 in advance of the start of the Oilers’ Training Camp.
There will be a ceremony ahead of the team’s game against the New Jersey Devils on November 3 inducting the Class of 2022. After that, the Oilers plan to have a yearly homecoming ceremony “featuring members of the organization returning to Edmonton to celebrate the team’s rich history while taking part in fan events and charitable endeavors.”
Outside of WHA great Al Hamilton, the Oilers have reserved jersey number retirement for those who have been inducted into the Hockey Hall of Fame. Creating a Ring of Honour will allow the organization to maintain this standard when it comes to jersey retirement but will allow the Oilers to celebrate their all-time greats and fan favourites who aren’t in the Hall of Fame, such as Ryan Smyth, Dave Semenko, Curtis Joseph, and Joey Moss.
News
Team News
Recent articles from Cam Lewis