The Oilers are apparently interested in Blackhawks defenceman Jake McCabe 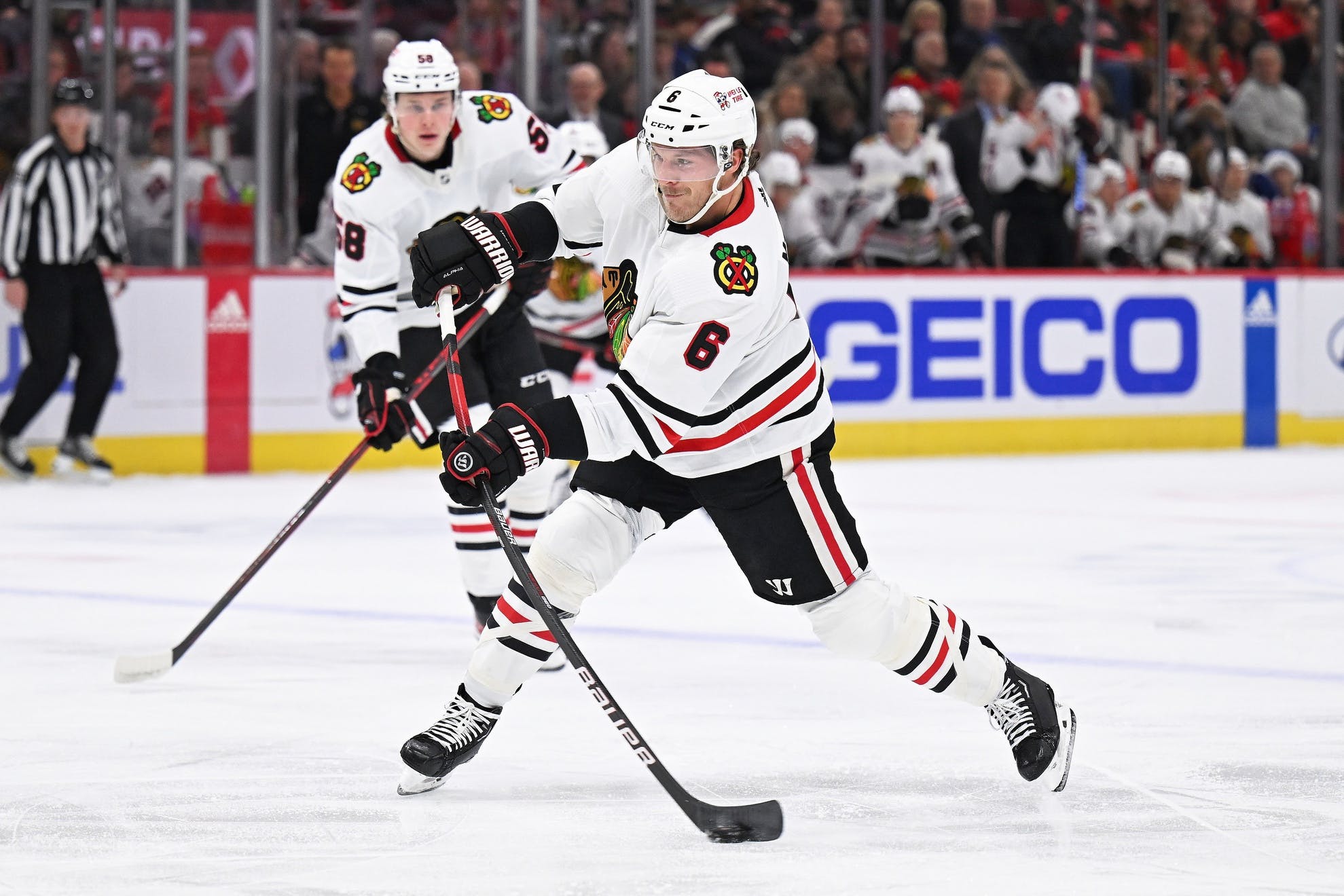 By Cam Lewis
1 month ago
The calendar is about to turn to 2023 and the rumour mill is starting to heat up.
During the New Year’s Eve edition of Hockey Night in Canada, Sportsnet insider Elliotte Friedman noted that the Edmonton Oilers have some interest in Chicago Blackhawks defenceman Jake McCabe.
McCabe was selected by the Buffalo Sabres in the second round of the 2012 NHL Draft out of the University of Wisconsin. In 2015-16, he emerged as a top-four defender on the Sabres, logging an average of 19:07 per game while putting up 14 points over the course of 77 games.
Over the next few seasons, McCabe became a mainstay on Buffalo’s blueline, averaging 19:29 per game between the 2016-17 and 2019-20 seasons. During the pandemic-shortened 2021 season, McCabe appeared in just 13 games as he suffered a knee injury and underwent season-ending surgery in February.
After that season, McCabe hit the unrestricted free agent market for the first time in his career and inked a four-year, $16 million deal with the Chicago Blackhawks. He played in 75 games for the Hawks in 2021-22, which was a positive given how his previous season went, but McCabe’s on-ice goal differential at even strength of 48-to-70 was the worst of his career.
So far this season, McCabe has nine points through 31 games for the Hawks. He’s logging 19:00 per game largely on a defensive pairing with Connor Murphy and he has a much-improved 17-to-18 on-ice goal differential.
The fact McCabe is nearly breaking even in terms of goal differential on a terrible team like the Blackhawks who get caved in on a night-to-night basis is certainly a win for him. The Hawks are sitting at 8-22-4 on the season and McCabe spoke recently about the toll that losing is taking on him…

“I don’t really give a s— about my personal stats, to be honest with you,” he said in an interview with The Athletic’s Mark Lazerus. “It’s all about the team and all about winning. I’ve lost a lot in this league, and it’s getting pretty old. So I wouldn’t say that I’m by any means satisfied if I’m playing good or not. It depends on how we’re doing as a team.”

Edmonton’s biggest need right now is on the blueline as nobody has managed to step in and fill the spot on the left side of the second pairing that Duncan Keith occupied last season. Friedman has also mentioned that the Oilers are interested in shutdown defender Vlasialv Gavrikov of the Columbus Blue Jackets and that the price would likely be a first- and third-round pick.
McCabe has two more seasons left on his contract at $4 million so the Oilers would need to have the Blackhawks retain some of his salary or take some money back in order to make the deal work.