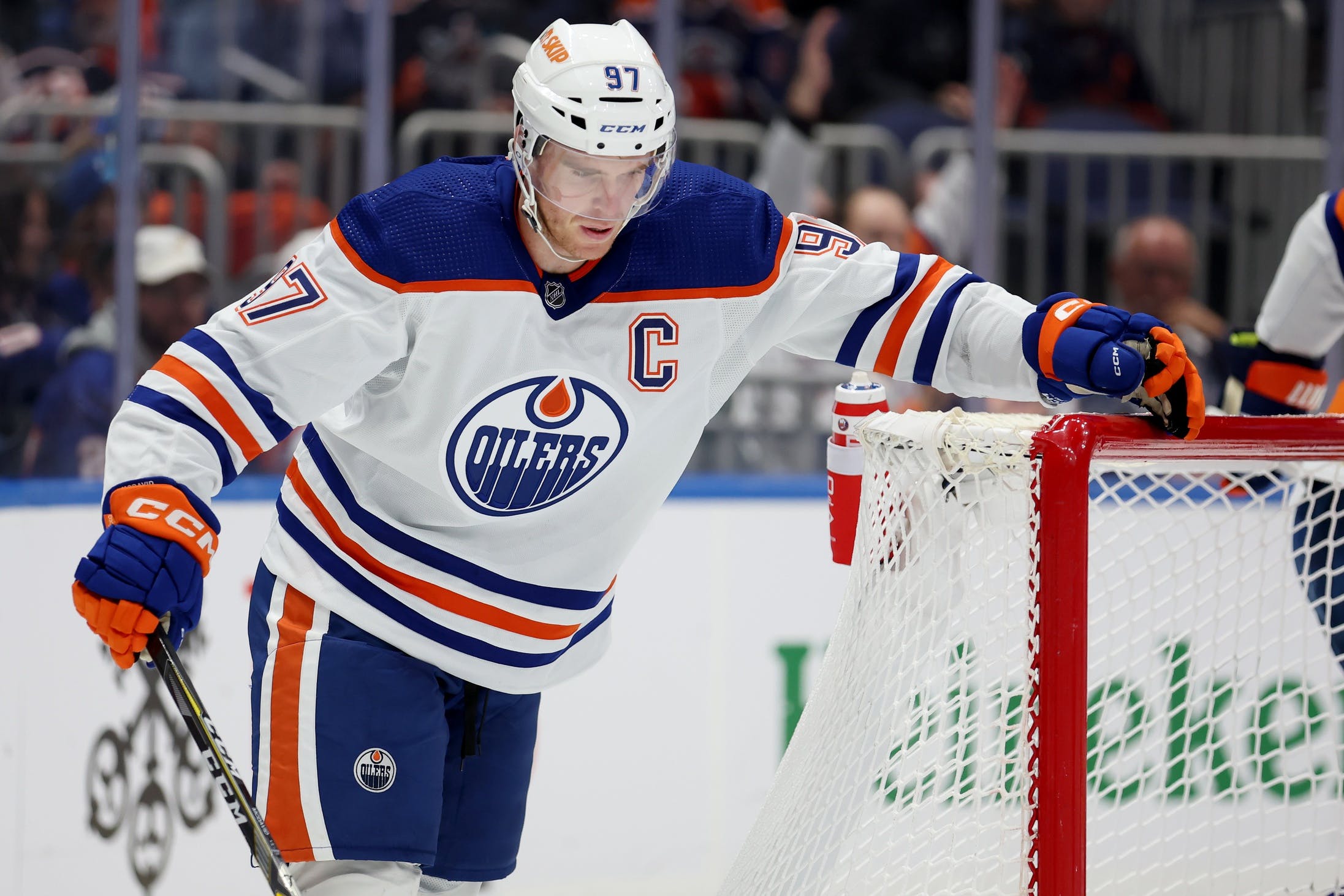 By Robin Brownlee
2 months ago
The frustration Edmonton Oilers’ captain Connor McDavid felt was obvious for all to see as the TV camera zoomed in on him on the bench in the late stages of a 3-0 loss to the New York Islanders Wednesday. There was good reason for that.
After a promising 7-3-0 record in their first 10 games to start the season, last night’s collar by the Islanders after a 5-2 loss to New Jersey Monday has the Oilers 3-7-0 in their last 10 games. They’re a .500 team as they face the New York Rangers Saturday to wrap up a three-game roadie. It’s American Thanksgiving and the Oilers would miss the playoffs if they started today. This is not how the faithful expected things to unfold.
The Oilers, you’ll recall, blew off an even better start last season, which resulted in Dave Tippett being sacked and Jay Woodcroft taking over behind the bench. He we are 20 games into a season in which many fans expected the Oilers to provide at least an encore to reaching the Western Conference final, but unless things change significantly, that will only happen if they buy a ticket to get in.
While McDavid and Leon Draisaitl have been producing as you’d expect, that hasn’t been enough to mitigate the Oilers many flaws. They avoided falling behind early last night, but coughed up three goals in the second period – including a shorthanded goal to make it 1-0 by Jean Gabriel-Pageau, who got a free crack at Jack Campbell from Tyson Barrie and Ryan Nugent-Hopkins.
Pageau was credited with the 2-0 goal on a power play when Evan Bouchard got caught in the middle standing around and deflected his pass intended for Anders Lee behind Campbell. Tough break, but put Lee on his ass and the puck doesn’t end up in the net. 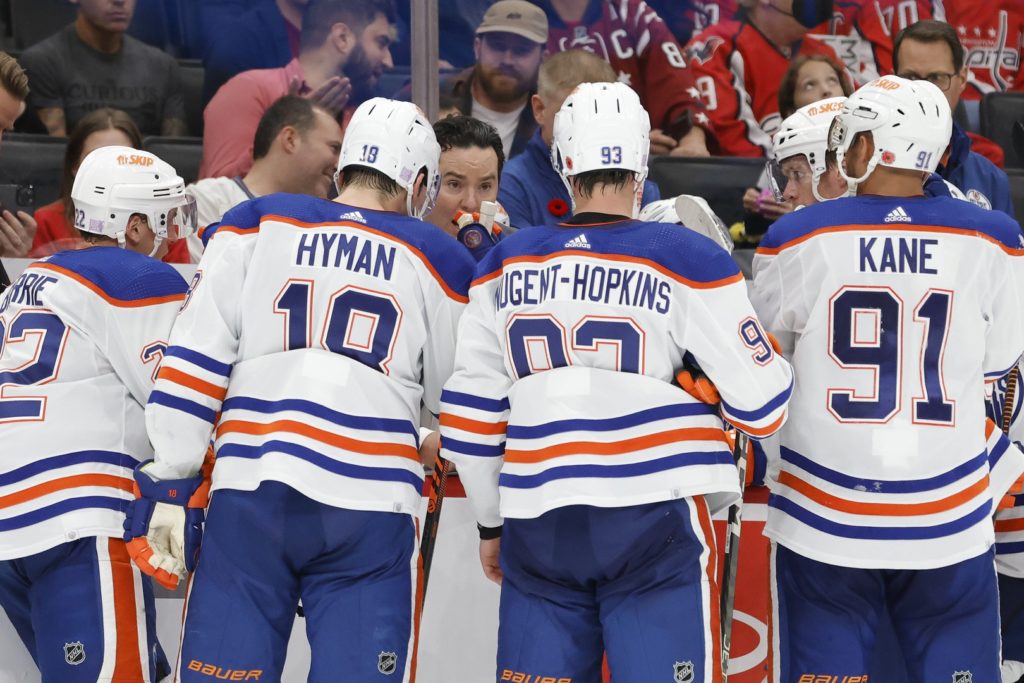 Nov 7, 2022; Washington, District of Columbia, USA; Edmonton Oilers head coach Jay Woodcroft (M) talks to his team during a timeout against the Washington Capitals in the third period at Capital One Arena. Mandatory Credit: Geoff Burke-USA TODAY Sports
Simply put, the Oilers aren’t hard enough to play against on defence. They continue to get chewed up 5-on-5 in both ends of the rink and aren’t getting nearly enough production in support of McDavid and Draisaitl. Add it up and you’ve got a team that’s 10-10-0 compared to 15-5-0 at this point last season.
“Obviously up and down,” McDavid said when asked about the first 20 games. “Seven and three in our first 10 and three and seven in our last (10). It’s the complete opposite of how we started. It was a little bit of a similar situation last year . . .
“I thought we were winning games earlier in the season that we maybe didn’t deserve to win. It’s never a bad thing, I guess, but ultimately, it’s going to catch up to you.”
Campbell was reasonably good in his first start in 13 days after a tough stretch, but Ilya Sorokin was better, stopping all 49 shots he faced. Shot volume aside, I thought the Islanders had as many quality looks at Campbell as the Oilers did at Sorokin.
“I saw Jack Campbell put in a solid week of practice. I saw him the other day in a game take a puck to the face, and I saw Jack Campbell burn to be in the net tonight,” Woodcroft said. “So, he wasn’t going to let that deter him from getting the start.
“I thought he gave us a chance to win and that he made some good saves when he called upon. I’m impressed with Jack Campbell and that level of stick-to-it-iveness of refusing to let a puck to the nose take a start away from him.”

I don’t know what McDavid was thinking on the bench when the camera panned in on him and I didn’t hear any specific questions about it in the post-game availability. Rest assured, there will be speculation about that – some people can’t help themselves. My guess is he was pissed off because he’s as competitive as he is talented. Nothing more.
What I do know is what we’re seeing from this team right now won’t be good enough to produce a repeat of the results we saw last season. I don’t think we need to send another coach packing, but if this group of players can’t right itself and produce results with Woodcroft, then the group has to change. I can’t imagine GM Ken Holland disagrees.
Editorials
Featured
Oilers Talk
Recent articles from Robin Brownlee