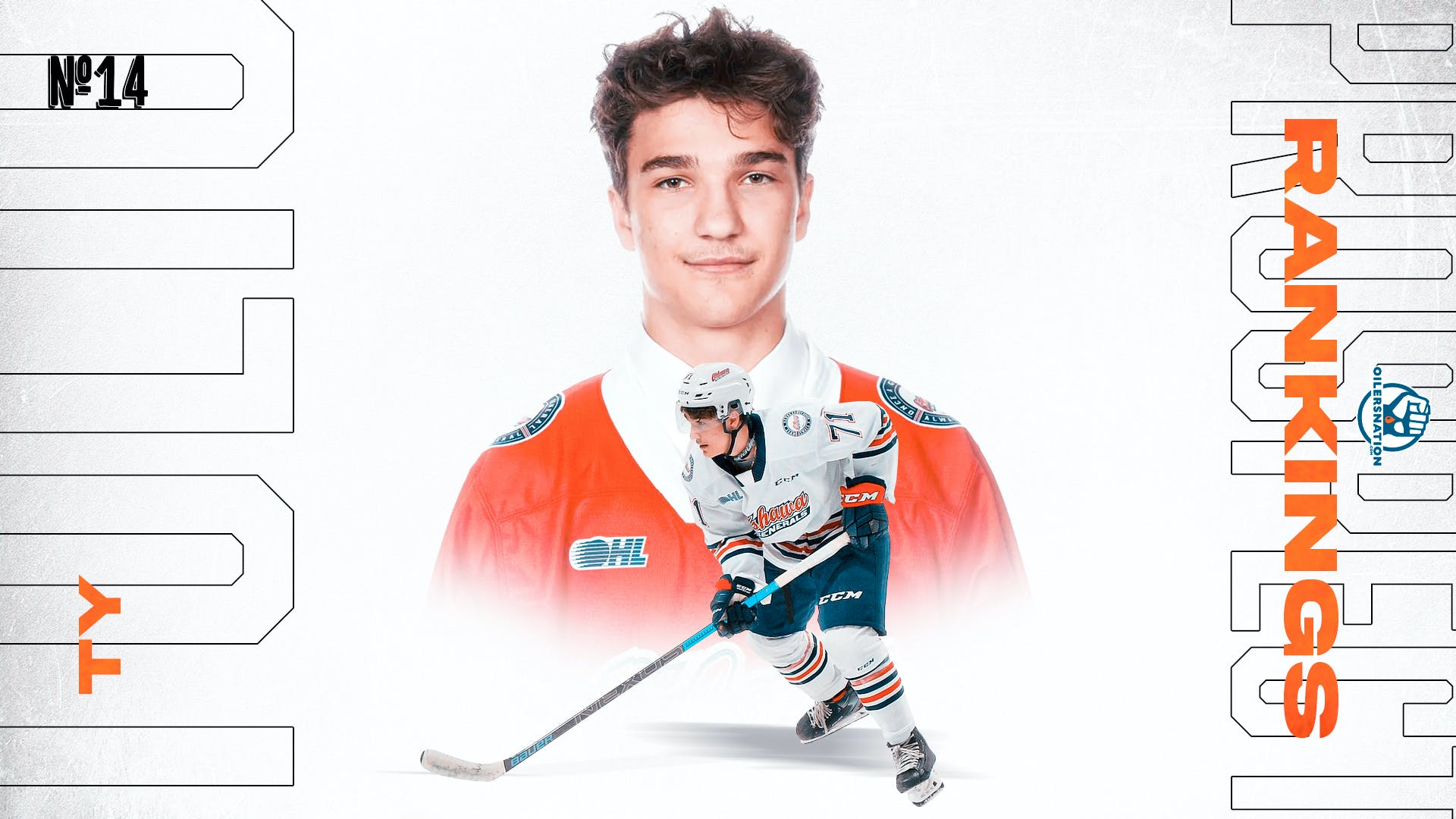 By Zach Laing
8 months ago
A pair of Edmonton Oilers prospects are heading to Bakersfield.
The club assigned Tyler Tulio to the Condors, while Jake Chiasson signed an ATO with the club. Tulio, 20, just wrapped up his season in the OHL with the Oshawa Generals, who were eliminated in the playoffs earlier this week.
The 2020 5th-round pick wrapped up his OHL career with an incredibly productive season. In 65 regular-season games, he scored 42 goals and 86 points, while tallying two goals and seven points in six playoff games. He inked his ELC with the Oilers in Sept. 2021. He’ll look to kick off his pro career next season.
Chiasson, meanwhile, joins the Condors on an amateur tryout. His WHL Brandon Wheat Kings, too, were eliminated in the playoffs earlier this week. Taken in the fourth round of the 2021 draft, Chiasson appeared in just 20 games this season scoring six goals and 18 points. Come the playoffs, he played six games scoring three points.
He had shoulder surgery this season resulting in him missing some time.
The Condors, meanwhile, are preparing for an AHL “Battle of Alberta” as they are set to take on the Stockton Heat, the Calgary Flames affiliate. Game one of that series kicks off Tuesday.
Zach Laing is the Nation Network’s news director and senior columnist. He can be followed on Twitter at @zjlaing, or reached by email at zach@oilersnation.com.
Nation Takes
News
Oilers Talk
Recent articles from Zach Laing