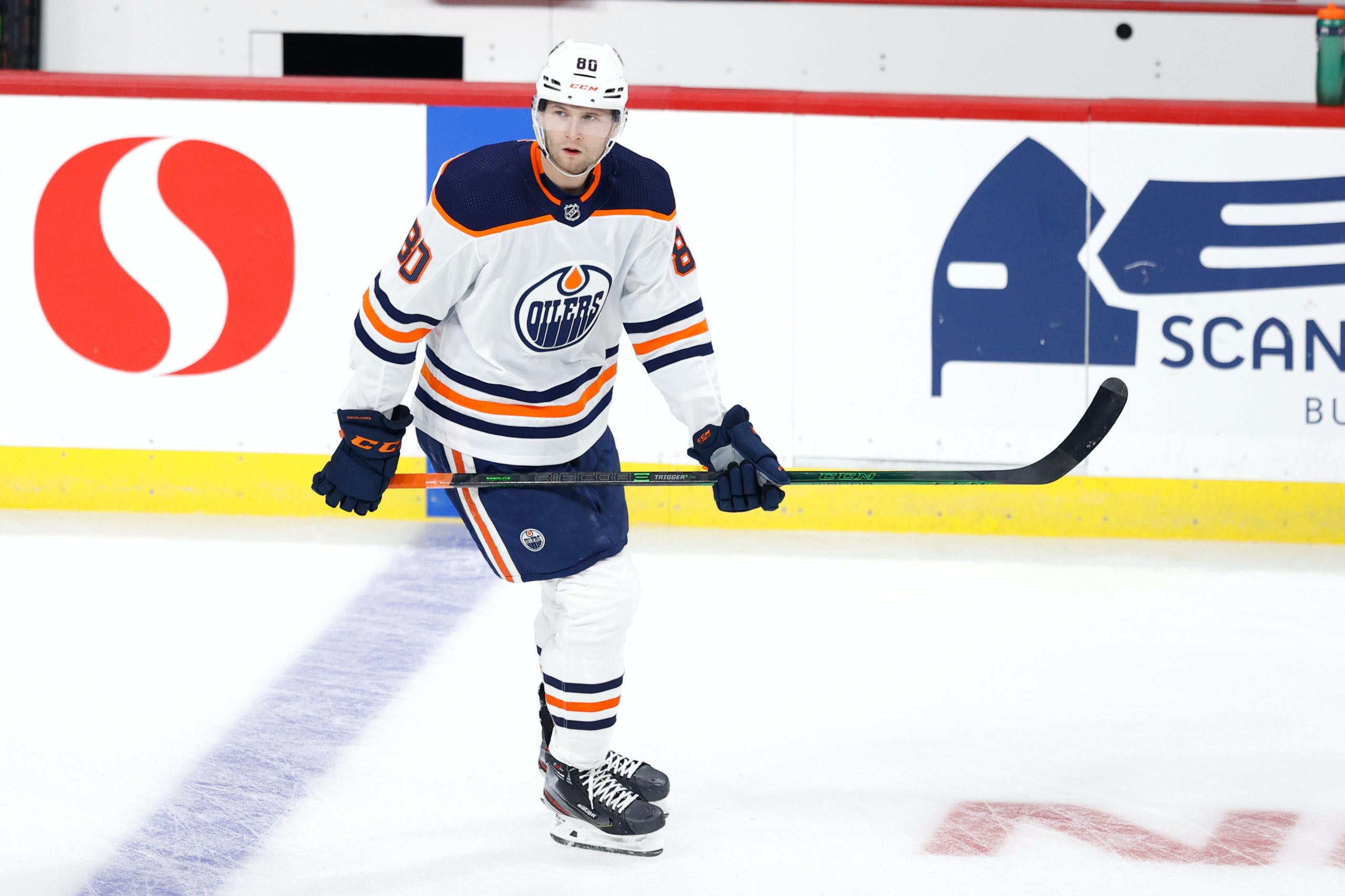 By Zach Laing
11 months ago
Edmonton Oilers defenceman Markus Niemelainen has been fined the maximum amount allowable under the CBA for cross-checking.
The incident happened late in Saturday’s game against the Winnipeg Jets. Niemaelainen was standing tall in front of the Oilers’ net, when Jets forward Kristian Vesalainen drove to the front of the net.
Niemelainen’s stick came up catching Vesalainen in the face. There was no penalty on the play.
As a result, Niemalainen’s has forfeited $2,043.75.
He’s appeared in 12 games with the Oilers this year but has already laid a whopping 55 hits. Among all NHL players who have played over 140 minutes at 5×5, Markus Niemelainen ranks eighth in hits per hour (20.28).
He’s made his physical presence felt, to say the least, in what has been a much-needed addition to the Oilers’ back end. I wrote last month about how the Oilers are too soft to play against — especially on the backend — and Niemelainen’s emergence as a physical presence has helped drastically.
Niemelainen’s still a very raw player, but just having this physical nature in his game is something that might be enough for him to stick around.
Having decent underlying numbers helps, too. At 5×5 with him on the ice this year, the Oilers have controlled 50 percent of the shot attempts, 55.56 percent of the goals scored, and an even 50 percent of the expected goal share. While they don’t jump out as being tremendous, they’re perfectly average and that’s about all you can ask for a guy still getting his feet wet in the NHL.
Zach Laing is the Nation Network’s news director and senior columnist. He can be followed on Twitter at @zjlaing, or reached by email at zach@oilersnation.com.
Nation Takes
News
Oilers Talk
Recent articles from Zach Laing