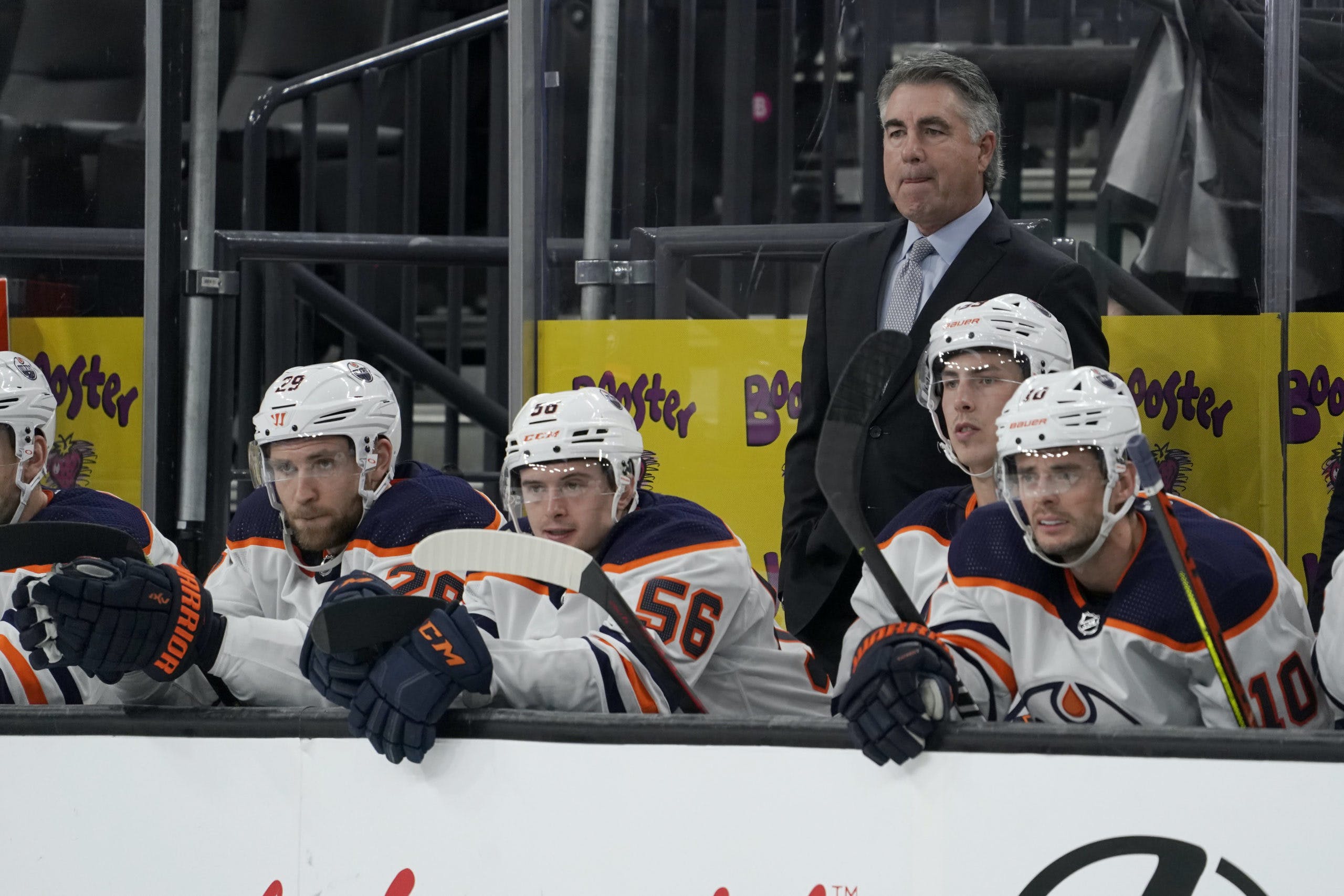 By Robin Brownlee
11 months ago
I fully expected the Edmonton Oilers to fire coach Dave Tippett after Tuesday’s 4-0 no-show against the Vegas Golden Knights, so it’s absolutely no surprise he got the sack today after the Oilers lost 4-1 to the Chicago Blackhawks last night. Many of you would say it’s long overdue.
Tippett, 60, and Jim Playfair are out with the slumping Oilers now 23-18-3 in the Pacific Division after back-to-back drubbings since the All-Star break. While it looked like the Oilers might have put a wretched slump behind them with a 5-0-1 streak going into the break, these last two losses undid that in a hurry. Out go Tippett and Playfair, in step Jay Woodcroft and Dave Manson from AHL Bakersfield.
There’s already been a handful of games where the feeling was a loss would spell the end for Tippett — I think back to a January 22 game against Calgary that the Oilers won 5-3 — so the writing has been on the wall for a while. I say that even though I doubted the situation would get to the point GM Ken Holland would pull the trigger during the season. That said, it was time.
Some say it’s fitting it was a Tippett guy, goaltender @Mike Smith, in the crease against Chicago for his last game. Tippett planned to go with call-up @Stuart Skinner in the second of back-to-backs, but Smith, having struggled mightily after two stretches out with injuries, insisted he wanted the paint. Tippett capitulated. He made the wrong call. The Oilers lost. Adios. 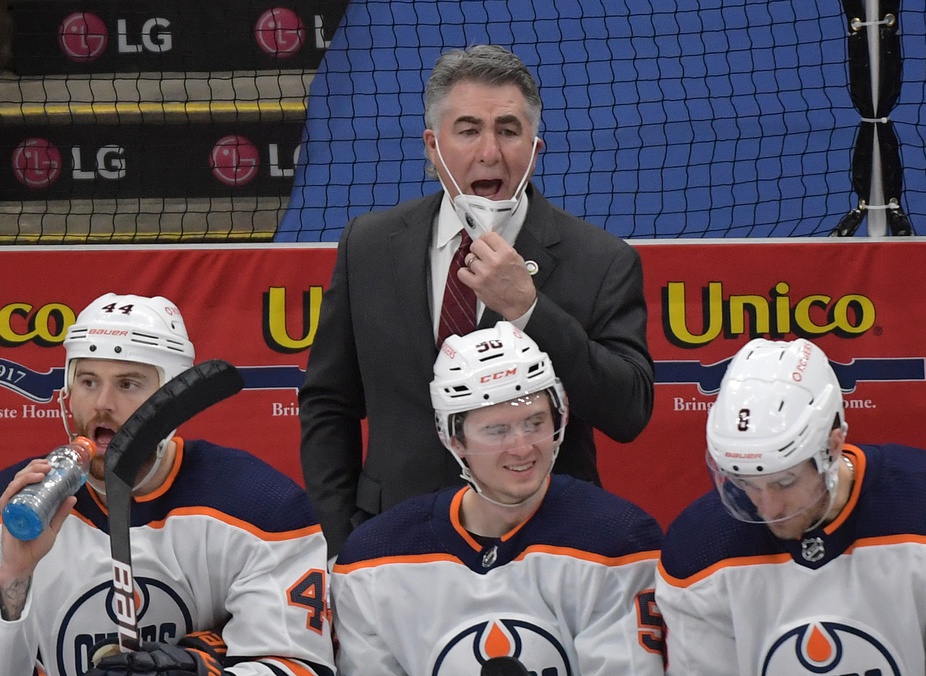 Mar 29, 2021; Toronto, Ontario, CAN; Edmonton Oilers head coach Dave Tippett speaks to his player in the second period against Toronto Maple Leafs at Scotiabank Arena. Mandatory Credit: Dan Hamilton-USA TODAY Sports
There have been legitimate concerns during Tippett’s tenure here after he left a position with the expansion Seattle Kraken to come to Edmonton — the Oilers had a record of 95-62-14 (.596) — but yet another loss low-lighted by some indifferent play and the flip-flop on Smith was the final straw. Bottom line, you can’t lose a game like that against the Blackhawks, and it wasn’t a one-off despite such a terrific start to the season.
“I think we’ve been out of sync all over,” @Connor McDavid said after the game last night. “Passes aren’t clean, we probably haven’t battled hard enough in front of their net. Offensively, we’ve been poor these two games.”
Woodcroft, 45, gets the promotion from Bakersfield where he’d been head coach since 2018-19, going 105-71-21 and winning the Calder Cup last season. Having arrived in Edmonton with Todd McLellan in 2015-16 before taking the job in the AHL, Woodcroft steps in familiar with most of the players on the roster he’ll be working with. Manson, a former Oiler, spent the last four seasons with the Condors.
We’ll hear more about why the move was made later today, but I can’t imagine there’ll be any surprises when Holland tells us what went wrong and what has to happen next. That loss against Vegas was maybe the team’s worst effort of the season and it speaks for itself. Last night wasn’t as bad, but that’s simply not the way any team that fancies itself a contender can set the bar. Here we are.