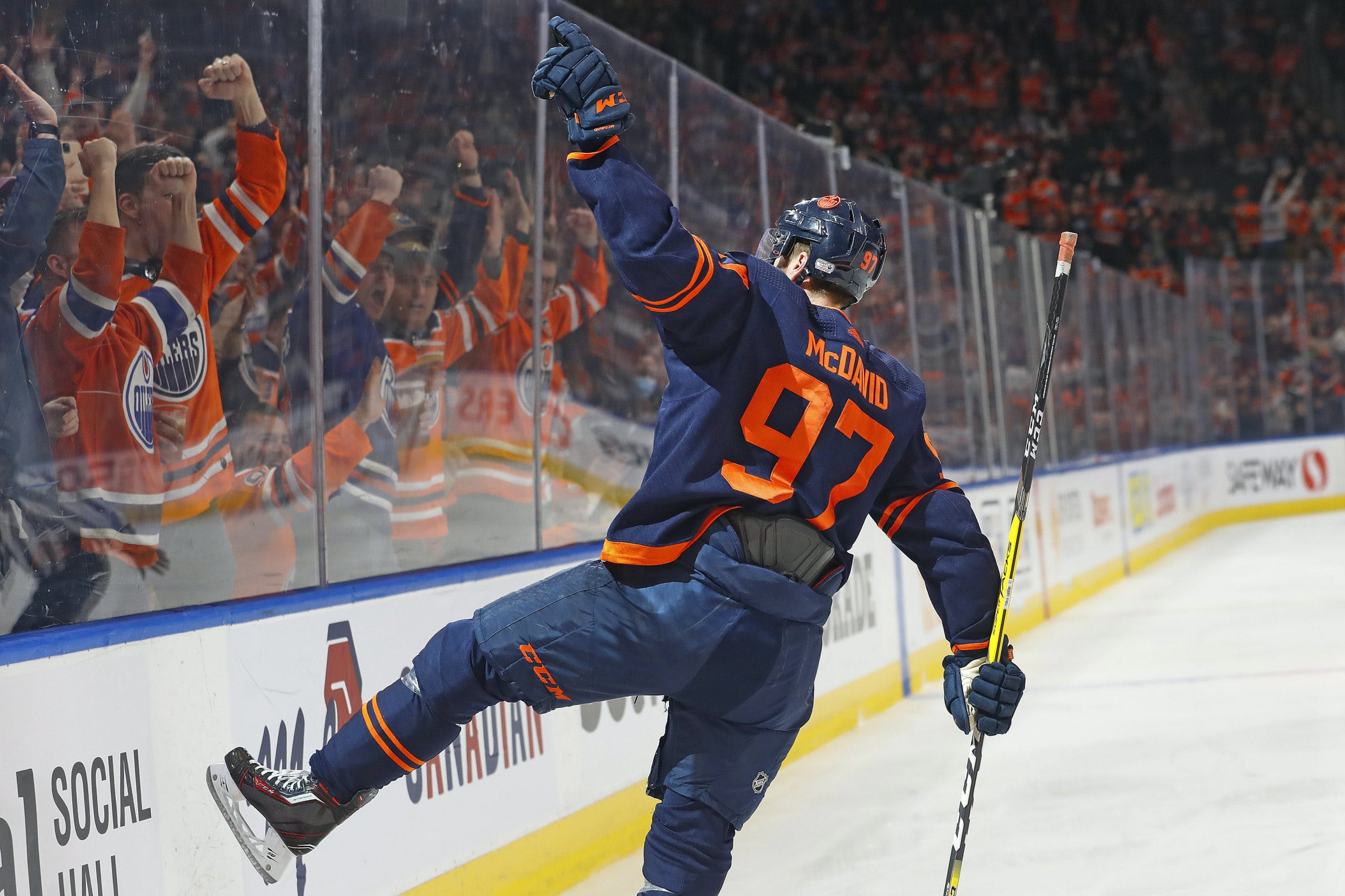 By Zach Laing
8 months ago
He did it! Connor McDavid has hit the 100-point total for the fifth time in his young NHL career.
McDavid hit the mark Wednesday night against the LA Kings. He notched an assist for point 99 on a Cody Ceci first period goal, while point 100 came in the form of another assist: this time on a Jesse Puljujarvi goal.
For McDavid, he’s been having one of the most productive seasons of his young career. While he isn’t near the 1.88 points per game he notched in the 2020-21 season, his 1.48 points per game rate ahead of Wednesday’s game ranks fourth in his career.
McDavid continues to put himself in the conversation with some of the best players to ever play the game with his offensive output. He’s now tied Jaromir Jagr, Paul Coffey and Denis Savard with the sixth-most 100-point seasons in the NHL.
Among all active players, there’s only one player who has more than five seasons with 100+ points, and that’s Sidney Crosby.
McDavid continues to show his dynamic, game-breaking offensive ability on a nightly basis. It’s almost funny, when you really think about it. It’s gotten to the point where his talent and his ability to be a head above every other player in the league is just… expected.
Nobody bats an eye when he goes out and throws up three or four points in a game. It’s just commonplace. Nobody bats an eye when he puts up another 100-point season, it’s just commonplace.
It’s remarkable because hitting that mark hasn’t been common in the NHL for some time.
Over the last five seasons, only seven players have hit the mark: McDavid four times, Leon Draisaitl and Nikita Kucherov twice, and Brad Marchand, Patrick Kane, Sidney Crosby and Claude Giroux all did it once.
Now, McDavid’s made it five times in six seasons, while teammate Draisaitl is well on pace for his third 100-point campaign.
Zach Laing is the Nation Network’s news director and senior columnist. He can be followed on Twitter at @zjlaing, or reached by email at zach@oilersnation.com.
News
Oilers Talk
Recent articles from Zach Laing