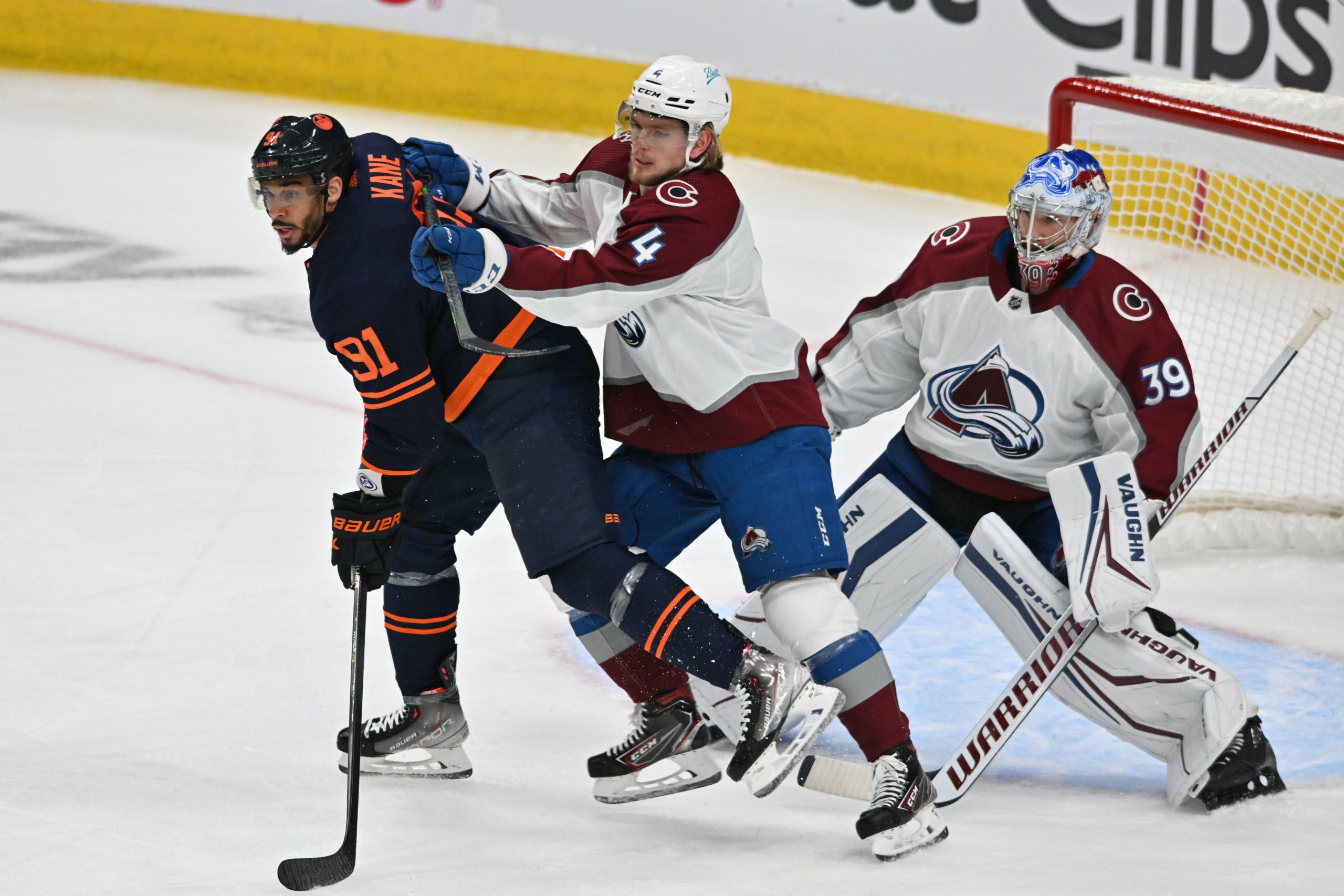 By Zach Laing
7 months ago
Edmonton Oilers forward Evander Kane will have a hearing with the NHL’s Department of Player Safety Sunday.
The call comes after Kane boarded Nazem Kadri minutes into game three of the Western Conference Finals. The former served a five-minute major, while Kadri missed the remainder of the game.
Kadri is expected to miss at least the remainder of the series against the Oilers, Avalanche head coach Jared Bednar said post-game. Bednar was heavily critical of the hit.
“He’ll be out through this series at least, if not longer,” he said. “The hit is the most dangerous hit in hockey, from behind, eight feet off the boards. I’ll leave it at that.”
Kane, meanwhile, defended his hit.
“I was just coming in on the backcheck. Puck went wide, dribbled into the corner,” said Kane. “I know he likes to reverse hit and I was just trying to get a bump on him, and that’s really all I did. Unfortunately, he went into the boards awkwardly and hurt his hands, but that was unfortunate.”
Other questionable hits during the game from Nathan MacKinnon on Leon Draisaitl will appear to go unpunished, as did a high Gabriel Landeskog hit on Kailer Yamamoto that knocked the latter out of game three.
Zach Laing is the Nation Network’s news director and senior columnist. He can be followed on Twitter at @zjlaing, or reached by email at zach@oilersnation.com.
Nation Takes
News
Oilers Talk
Recent articles from Zach Laing