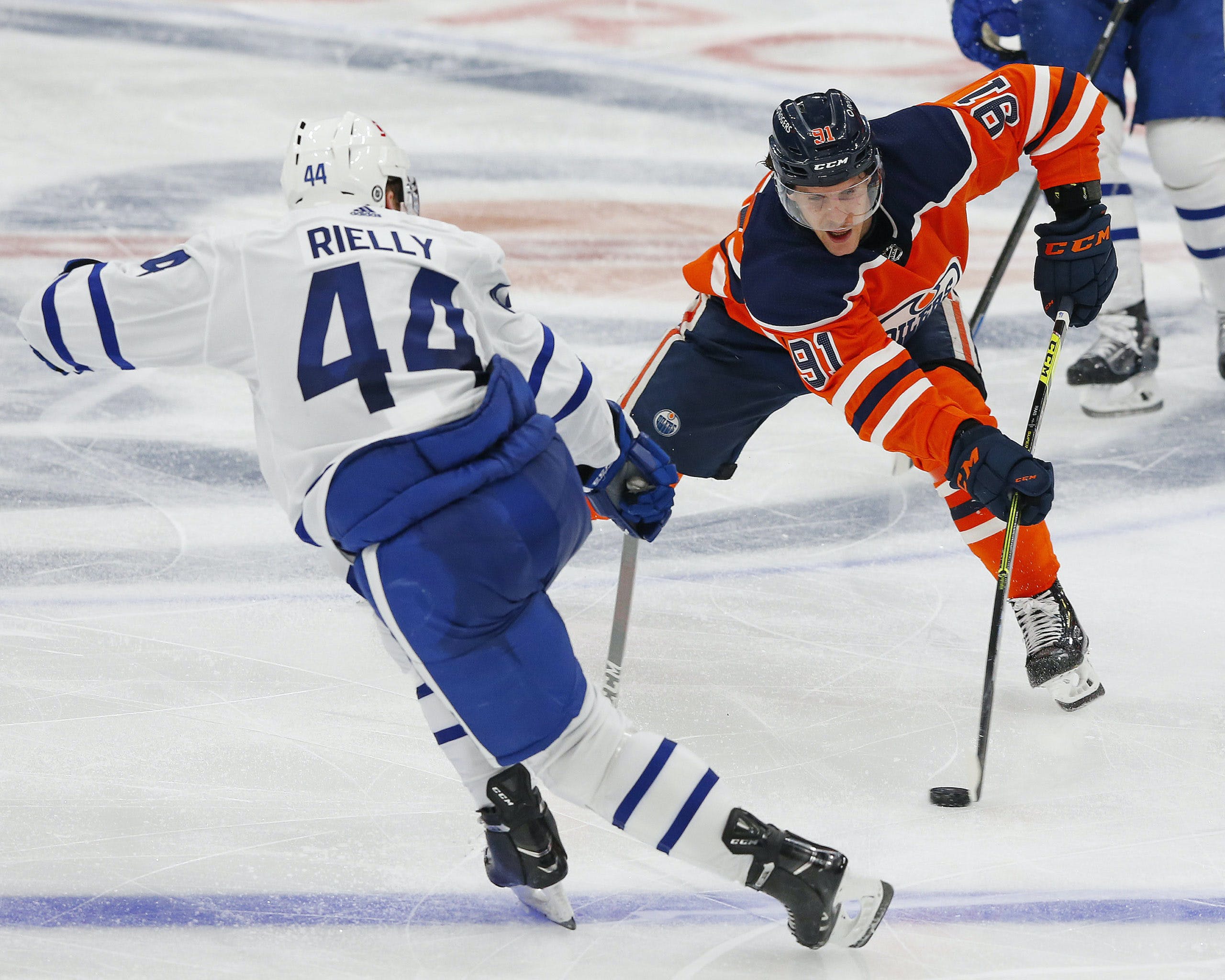 By Zach Laing
1 year ago
Another Edmonton Oilers free agent has fled for greener pastures.
Forward Gaetan Haas, who was a pending unrestricted free agent, has inked a five-year deal with EHC Biel-Bienne in the Swiss A league. It’s the same club Haas grew up playing for the club through the Swiss ranks before playing two years for SC Bern ahead of his two-year NHL stint.
In Edmonton, Haas appeared in 92 games with the Oilers scoring seven goals and 13 points. While his game wasn’t much to write home about, he was a solid defensive player for the Oilers providing defence at a nine percent rate above league average.
Despite that, his other underlying numbers weren’t great. At 5×5 this past season, the Oilers controlled 43.56 percent of the shot attempts, 33.33 percent of the goal share, and just 43.09 percent of the expected goals. For Haas, a low 97.2 PDO (and a on-ice shooting percentage of 3.95), likely sunk his numbers.
His biggest addition to the club was arguably his ability to contribute on special teams. A penalty killer, the Oilers’ expected goals against rate was 12 percent better than league average with him on the ice.
Nonetheless, losing Haas isn’t anything that will hurt the team. For the most part, he was a replacement-level player whose role the team should be able to fill in free agency.
Haas is the second free agent Oiler to head to Europe on a long-term deal. Last month, Joakim Nygard inked a six-year deal with Färjestad BK — the club he grew up playing for before joining the Oilers.
Zach Laing is the Nation Network’s news director and senior columnist. He can be followed on Twitter at @zjlaing, or reached by email at zach@oilersnation.com.
Nation Takes
News
Oilers Talk
Recent articles from Zach Laing