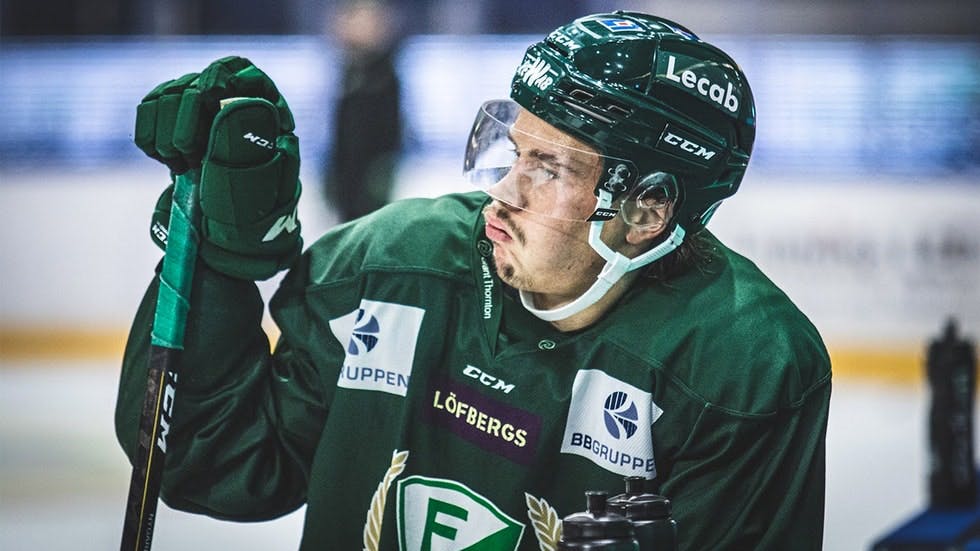 By Zach Laing
1 year ago
Edmonton Oilers forward Joakim Nygard has signed a six-year contract in the Swedish Hockey League.
Nygard is set to re-join Färjestad BK — the club he grew up playing for before leaving to join the Oilers in 2019-20. In Edmonton, Nygard only played in 42 games over two seasons scoring three goals and nine points.
He suffered a broken hand in his first season in Edmonton just as he was getting his legs underneath him only to re-injure his hand later. Despite his speed and skill, Nygard struggled to break into the Oilers lineup.
“It has been fun, apart from the fact that I did not get to play as much as I wanted,” Nygard told the Färjestad BK website. “I wanted a long contract and I got it. Have always felt that I will someday play in Färjestad again, but maybe did not think it would be right now.
“But with that said, I have always said that when I come home I will come home – and at home in the hockey world is Färjestad BK. It feels incredibly nice to have it ready and I am happy, happy and proud to once again be a part of this club.”
Nygard returns to the SHL where he had more than his fair share of success. He consistently scored over a point-per-game rising through the ranks of Swedish Jr. Hockey, and has socred 157 points in 340 SHL games.
This past year, the 28-year-old made $875,000 and was a UFA at the season’s end.
Zach Laing is the Nation Network’s news director and senior columnist. He can be followed on Twitter at @zjlaing, or reached by email at zach@oilersnation.com.
Nation Takes
News
Oilers Talk
Recent articles from Zach Laing